Another part of this whole phone freedom thing has to do with the very core of who we are as individuals. More and more, our smart phones are becoming more of a prosthetic device for our brains. Every time I see a search result that is obviously biased by my previous searches, I wince and want something different, not what some algorithm thinks I should see based on how some profiling algorithm has categorized me in the past. I want to see the real world as it is, not a version of the world that someone else has decided that I should see based on what they want me to do. Just the heavily polarized media driven political divide in the US now should scare the hell out of everyone who thinks for themselves. Both sides are shoveling the propaganda at us so hard that intelligent people on both sides know that their own networks are lieing to them much of the time. In the midst of these wars of politics and surveillance capitalism, some people naively go with what they read on the internet based on search results, or from what they hear on their favorite news channel. A free society can’t continue going this way indefinitely and still remain free. Anyone who can control what you think can control you. As these brain prosthesis devices become more a part of all of us, do we really want firmware blobs that we neither understand nor consent to, to become a part of who we are and what we think, what defines us as human beings, and what our contribution to this world is ultimately about? Do we literally want others to be spying on our very thoughts, and on the thoughts of everyone else in this world? To give anyone this power is to give them all power over all of us. In the near future (if not already) these people are reading everyone’s thoughts (via their internet searches), and could both accurately predict and manipulate markets (and everything else for that matter) for their own gain. As soon as enhancing our mental capacity becomes as easy as plugging a SATA cable in to a new hard drive (plugging yourself in to technology directly) neither your thoughts nor your small piece of the world will be yours anymore. People will currently give up en-masse’ their privacy to get some mobile internet. What will they give up to literally enhance their mental capacity? What would you think about if you could access a search engine with only a thought to do so, with no keyboard or microphone needed, and that the search results went directly in to your brain instantaneously? What if suddenly, there was this new part of your brain (silicon-based memory chips) that had a vast and computer-perfect ability to remember things and to integrate the information that you had stored there from your past thoughts, in to the rest of your thoughts at any given time? What if the only down-side was that it was cloud-based and that others were monitoring everything that you did there? What if they could change the information that you had stored there, and to make you believe that their information that they put there were your own? They already affect what we purchase and who we vote for. We have already started down this slippery slope and yet a phone like the Librem 5 is only a fringe project for a small minority of us who are often seen as paranoid or extremists.

I would prefer that (potential) customers spell out what Android applications are a top priority.

It is better for them to create the bridge, and let the user decide on the risks and importance.

if you could access a search engine with only a thought to do so, with no keyboard or microphone needed, and that the search results went directly in to your brain instantaneously? 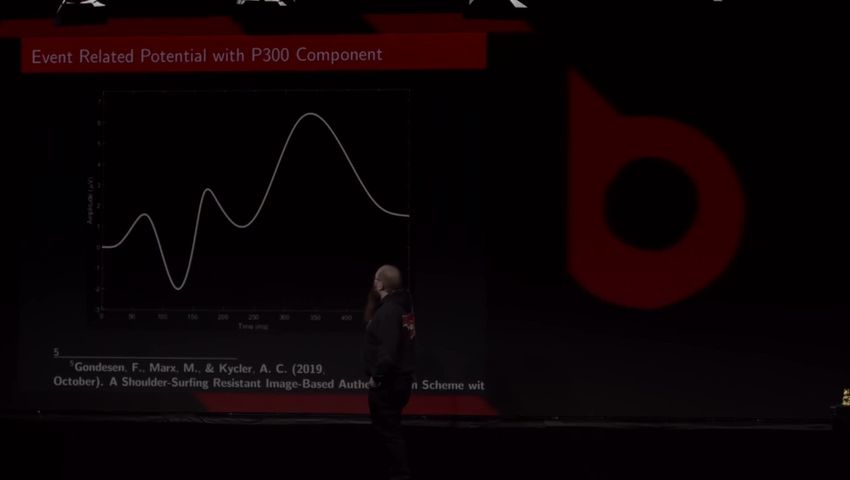 Fundamentals of EEG based Brain-Computer Interfaces

**gnoedi** The availability of consumer grade EEG headsets and open EEG hardware platforms makes it easier for everyone to develop a Brain-Computer Interface (BCI). The talk will explain the basics of Electroencephalography (EEG) and how...

it’s in the early stages of implementation i believe …

the Librem 5 is only a fringe project for a small minority of us who are often seen as paranoid or extremists.

not to worry proprietary software is not evil …

But some developers are A holes and don’t care. Unfortunately, some people I know refuse to switch to something like telegram or signal and prefer to stay on whatsapp

. Whatsapp is annoying and, from what I’ve heard, hasn’t and most likely won’t give a proper bridge. I need someone to bridge one of the most used and well known apps in the world. Why can’t that be the OS developer for such a well known app for once.

It is probably possible now or will be possible very soon, to run Android programs under PureOS using existing software (comparability layers) and a few tweaks. Proprietary programs are not evil but some of them are way too intrusive. There are very few valid reasons for anyone to promote cloud-based programs and very few reasons to need a cloud based program. Most companies that are global enough to really need a cloud are big enough to lease or own their own space in the cloud without respect to any proprietary programs. Most of the cloud programs are just built that way so the proprietors can snoop and steal from you.

Richard stillman once said (I’ll paraphrase here) that free software is "more like freedom of speech than free beer’. But it’s been my experience that with free software comes a lot of freedom as in free beer too. There is nothing wrong with a software writer making money off of their software. If the software is good and novel and people use it, the coder will make money on it. If they wrap-up someone else’s code in their own logos and compile it so no one can see that they stole it from somewhere else (probably a whole community of volunteer coders), they shouldn’t make money on it. Most of our most valuable software including the Linux operating system itself, was free of commercialization when it was first released. Then several companies come along and make small improvements to it and claim all rights to it for themself. Building a good and novel program can be like building a skyscraper. If you own a house, maybe you did build it yourself. If you own a skyscraper, you probably didn’t build that skyscraper all by yourself. It takes a lot of people working together to complete all of the work.

It is better for them to create the bridge, and let the user decide on the risks and importance.

I get what you are saying but Anbox will never really fully allow you to quantify or isolate the risk.

My goal in asking what applications are important is so that we 1 can have native, trusted, non-surveillance versions for the most popular applications. It is true that if you want to run some niche application that “noone” else runs then you will either have to implement it yourself or you will need something like Anbox.

1 The “we” here is not just relating to Purism but the Librem 5 community as a whole.

But some developers are A holes and don’t care. Unfortunately, some people I know refuse to switch to something like telegram or signal and prefer to stay on whatsapp

. Whatsapp is annoying and, from what I’ve heard, hasn’t and most likely won’t give a proper bridge. I need someone to bridge one of the most used and well known apps in the world. Why can’t that be the OS developer for such a well known app for once.

Because it is outside of their scope. You don’t ask the carpenters who built your house to paint you a picture, or determine the types of sheets on your bed.

People, in general, can be A-holes, not just developers. Although I would submit that if customers in general stop thinking the world revolved around them, the impression that developers are A-holes would diminish greatly.

Purism has far more important things to devote their energies to, than pouring it into specific software for their platform. On top that, they’ve already created a chat solution which happens to reside under an umbrella of other services:

Librem One. (check it out)

I get what you are saying but Anbox will never really fully allow you to quantify or isolate the risk.

That is beside the point. Purism’s job is to make their product as free and useable as possible. Ensuring Anbox works is doing just that.

They cover the security side of that by saying, this is not secure, use at your own risk.

On top of that Anbox means that the massive amounts of work ALREADY done for Android are available to The Librem 5. F-Droid in particular.

I’m very much in favor of a Wine implementation as well. Massive library of software available there.

I’m not interested in the ivory tower of purity that goes on within these forums and the FOSS walls. I just want to be able to use the software I want and care less about FOSS’ socialist entitled opinion of software. (to put it bluntly)