The picture is 1200x1600 resolution from the front camera. Kudos to Dorota, Martin and Sebastian for their work on this. Now if they can get the auto-focus to work, I will be more than happy.

Autofocus is only relevant for the big camera, and will require cooperation with application developers. We can show off some of it in prototypes, but in the end, we’ll have to work with camera apps to integrate autofocus properly.

Kudos to Dorota, Martin and Sebastian

I just take the data already produced by others and format it for displaying, I have no slightest clue about what’s going on kernel-side - so let me redirect those kudos sent to me towards Dorota and Martin

but in the end, we’ll have to work with camera apps to integrate autofocus properly.

Where will (auto)focus be handled? Would utilities such as libcamera make sense?

The rear camera at full resolution with (rough) manual focus: 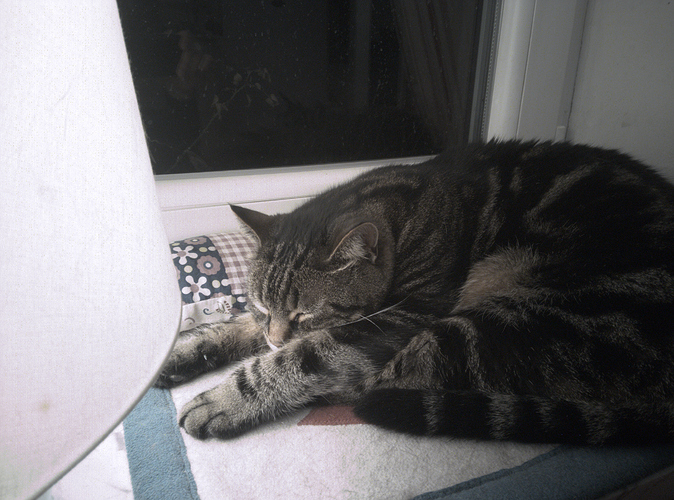 And now anyone should tell “camera is not working mimimi” in any review. I don’t know if you finished this driver completely (i guess no?), what are the next plans with application etc?

Wow looks really good, a big thanks to @dos and the cat.

Where will (auto)focus be handled?

Focus will be handled in v4l2 in the kernel (needs work), autofocus is up to applications.

Would utilities such as libcamera make sense?

I didn’t investigate yet, there’s still a bunch of work kernel-side.

what are the next plans with application

I’m still of the mind that we need an L5 selfie (an I mean of the phone). Either L5 on L5 or via mirror. Optionally via 7th dimension or using gravimetric lensing to turn the view in on itself

@dos posted this one earlier: 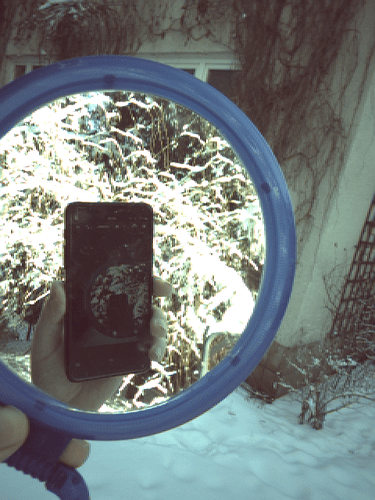 Attached: 1 image "me in the morning, right after I turned the switches on" This may not be the most impressive winter selfie (it's a 8M sensor outputting 0.3M after all), but you got to start somewhere :) #librem5 I did nothing but taking the...

Big thanks to @dcz @cat @purism

This is amazing. Thanks for the great work to get the cameras working! The last excuse I had is gone now–I placed my Librem 5 order last night

How does this work?

It was supposed to mean “using one L5 to take pic of another L5” …but if I’d get to choose, I’d go for the gravimetric lensing, bends the light 180+ degrees - I just wouldn’t want to be anywhere near the same region of galaxy that would have an object capable of that much warp

Thanks for supporting Purism
I have a L5 Evergreen it working amazing on every update, Purism developer they doing the best work to Librem 5.

Or make it scriptable… When you take a picture, look for the QR code, if a QR code is found, present a notification asking if you’d want to open that URL.

Sure, that’s more or less what mainstream phones are doing. It isn’t even necessary to take a picture. Just activating the camera app and pointing it at a QR code and letting it focus … is enough to solicit a prompt asking whether you want to open that URL (presuming that the QR code does encode a URL).

For where we are at the moment, I wasn’t asking for anything more than being able to take a picture of the QR code. I would like to test that because the next concern is that the relevant government web site doesn’t work with the web browser on the Librem 5. (With care and hassle I could probably test this now.)

I installed zbar-tools on the Librem 5 and that worked fine to decode an example QR code from an image file (.png in my case). Next, I need to get hold of a current actual COVID QR code.