After upgrading to byzantium and installing some packages, at reboot my phone only reaches the state, where the cursor blinks in the upper left corner. It does not log in, like in normal boot sequences.

I can’t connect via USB console, even though the phone establishes a usb serial device (/dev/ttyACM0). Connecting a keyboard via a USB dock also did not elicit a reaction at this point.

Is there a way to talk to the phone in that state, other than reflashing the device?

Is there a way to boot from a USB drive?

Did anyone play around with u-boot already? On a Pi 4 it is possible to configure u-boot to offer a console at startup, so in principle it should also work on the Librem 5. I already figured out how to build u-boot. I just remember that it’s not straight forward to configure u-boot. It took a couple of iterations to make it work on the Pi 4.

You can boot into Jumpdrive, which will allow you to mount the rootfs on a PC via USB to inspect logs, chroot etc.

Serial access is possible, but a bit tricky (you need to reach either test pads or M.2 pins with something like M.2 breakout board)

Thanks for the information. The M.2 breakout board seems to be a good option.
Is there any drawing indicating the positions of the test points? There are also test points for JTAG, which might also help for some low level stuff.
There is also an “EXT CON” 24 pin connector in the schematics which exposes UART1. Are there good pictures of the evergreen mainboard? Would be a bit more convenient than disassembling my phone to get an idea if that would also be an option.

Go with Jumpdrive. Not only can you mount the phone’s local disks on your computer, you can telnet in to the phone if you need to.

If you choose to telnet into the phone, remember to not mount the drive on both the phone and PC at the same time. USB Mass Storage requires exclusive access, you may mess up your filesystem if you touch it on both sides simultaneously.

Is there any drawing indicating the positions of the test points? 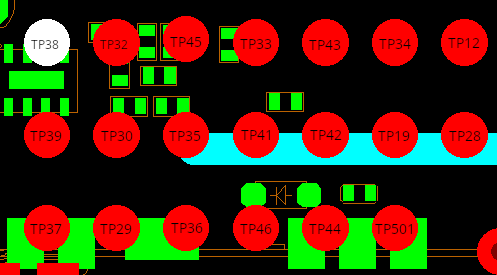 An important enough point that I have edited my post to reflect it.