Do Librem 13 and 15s come with Bluetooth

Using your link, how do i get and copy the all ‘ar3k’ folder. I cannot find any command for it.

If you want to only install the proprietary firmware for the Atheros Bluetooth, you need to do it this way:
sudo apt install git
git clone https://git.kernel.org/pub/scm/linux/kernel/git/firmware/linux-firmware.git
(Wait while it downloads 360MB)
cd linux-firmware
sudo cp -r ar3k /lib/firmware/

If you want to delete the 360MB that you downloaded:
cd ..
rm -r linux-firmware

Official guides cannot explain how to get proprietary firmware if you want PureOS RYF certified.

Anyone see anything contradictory in that?

Why is that a question? Of course that is what freedom is about. It is YOUR hardware, and you can use it however you see fit.

Honestly, if this was not the case, I never would have bought a single Purism product.

My comment was more about the meaning of “respect your freedom”.

Why is that a question?

Because it was an agrammatical continuation of the previous sentence.

Thanks a lot amosbatto.
I went with your second option (installing only the firmware of the Atheros Bluetooth),
and it works perfectly fine now !

Official guides cannot explain how to get proprietary firmware if you want PureOS RYF certified.

However, we are not talking about the Librem 5 here (since its RS9116 doesn’t require proprietary firmware in the Linux file system to use Bluetooth).

The FSF officially endorses distributions that contain 100% free software, and PureOS has received that endorsement. It is an open question whether the FSF would have endorsed PureOS, if Purism had instructions on its web site how to install proprietary firmware. When I have asked the FSF questions like this in the past that are matters of interpretation, I haven’t received a reply.

Personally, I think that Purism should set up a general community wiki for all its devices (like it has for the Librem 5), where the community is encouraged to post “unofficial” documentation. I have answered questions on how to deal with WiFi/Bluetooth on Librem devices at least 3 different times, and this kind of information should be centralized somewhere, so we don’t have to keep repeating ourselves.

how to install proprietary firmware.

there are already distributions that are FAR better suited for this sort of hardware. such as Debian, Ubuntu, PopOS, Linux-Mint, Fedora, Suse and others that are more closely related to the LinuxFromScratch way of setting up an OS.

This is an example of why we need a community wiki, so people can find info like this and we don’t have to keep explaining things on forums:

people will always keep asking about what they are interested in mainly on forums because they feel it’s more personal, direct and up-to-date that way and also because they want to relate to other ACTUAL people instead of just reading a community wiki that might very well be out-of-date or incomplete.

And yet a wiki is a better more efficient way to help people than spamming the same questions ad nauseum. The personal convenience of someone asking a question is not a relevant concern when it is someone else whose help you need.

I agree with @reC. There is a legitimate concern that a vast amount of information available on the internet about Linux is out of date, for the wrong distro, or both.

An ideal wiki (for a specific distro) would therefore have an indication of “release version last checked against” - but would need that to be backed by people putting in the time to recheck information periodically against new releases.

The drivers are there but to operate the AR3k Bluetooth a binary only firmware is needed which we do not ship with PureOS.

@nicole.faerber, could this challenge be of help for future Purism products if it succeeds? 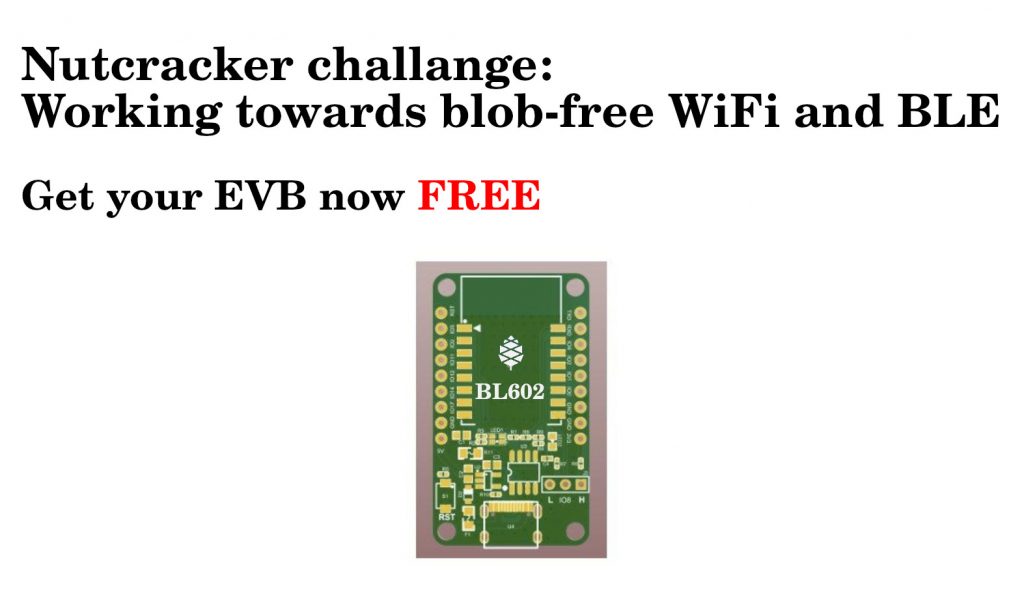 Although it's the end of Hacktoberfest, it's not too late for an open source nut cracking challenge. This is a challenge that will benefit not only our current and future devices but also the…

I’m doubtful it will be successful. You don’t just stumble across making drivers and be good at it. Still no harm in hoping.

been to that link… how do you copy it .which actual part? the whole lot.? and then what? put the whole thing in the terminal with what command?

thanks … i’m a newbie to all this and bluetooth now seems to be working… do you know how I get it to recognise my airpod pros ( headphones)?

This is what I usually do:
sudo apt install blueman
Then, you can start it:
blueman-manager &

Do you see your airpod pros in the list of devices?

Thanks… I’ve been trying for hours and Finally! they are connected and working… It was soo longwinded but after a few hours it just seemed to recognise then finally connect them … sooo frustrating for a beginner