Its minimalist when you have a phone sitting on the desk compared to a desktop or even a laptop sitting on or under the desk.

Its even more minimalist when you don’t have a desktop or a laptop, because you only have a phone

Well, either you can have a laptop, phone, and tablet, or a phone and tablet plus peripherals. “Number of computing things” versus “number of things used for computing.” Perhaps think of the peripherals as “extensions” versus “fragmentation,” since they’re truthfully optional to have?

I know you didn’t want to press it anymore, but my morning caffeine has my mind rolling. I won’t be offended if you ignore me.

no not about offense. it’s just that people have different routines and personal-computing is a HIGHLY subjective topic … and it’s even more controversial when you think about the fact that minimalism is a part of the larger ERGONOMICS (which is a vast domain in itself) … again highly subjective and should be discusses ONLY in a case by case context …

True, but no harm in swapping opinions and viewpoints, especially since we’re able to do so rationally.

Thats the problem with minimalism

It has as many meanings as it has followers! But to me, in this case, minimalism would mean getting the phone out of the dock at home, go to work, put it in the dock there, do my thing and take it back home, plug it in there and continue what i was doing. Without having to cary around a phone AND a laptop

Well, the L5 has bluetooth no? So the mouse/keyboard would be without cables anyway i suppose… more fantastic would be a wireless display

But im not to worried about the cables, i probably have a dockingstation at home and at work anyway

My understanding the last time I looked at QT is that it takes more of a hard-coded approach where the designer describes exactly where each widget (button/text input box/etc) would go.

Well, not really. Traditionally, there was the notion of layouts which let you arrange widgets in rows, columns or grids, taking up space based on their size policies. At a later point, higher level structures were introduced to present collections of widgets to suit a purpose rather than leave the developer to try to achieve the same thing and make it look native on each platform.

The form layout and button boxes were created with that in mind. The layout system is (fairly) easy to extend, so custom layouts can be created fairly easily, but you can do quite a lot with the basic layouts without much work, like flip the orientation for when you need to go from portrait to landscape.

Later, QML was introduced with the aim of making it easier to rapidly create more lightweight, responsive user interfaces, not based on widgets. A lot of the early work was aimed at phone interfaces, though there was some attention given to making it generally applicable to non-phone platforms given that Qt is a cross-platform framework, and most of the traditional customers were not developing phones.

Qt has been working on the problem of mobile interfaces since the late 1990s, under different names:

MontaVista claimed in 2006 that its mobile Linux kernel had been used in 25 million phones, and most of those were using Qtopia, since that is the toolkit that MonteVista’s Mobilinux used.

3 USB ports, one LAN and one DISPLAY would be all one really needs i suppose… 1 USB for the keyboard, one for the mouse, and one for spare…

In worst case, one could use the spare for a usb hub to connect even more devices.

3 USB ports, one LAN and one DISPLAY would be all one really needs i suppose… 1 USB for the keyboard, one for the mouse, and one for spare…

PINE64 is now selling its PinePhone Convergence Package which includes a docking hub with two USB ports, ethernet and an HDMI port: 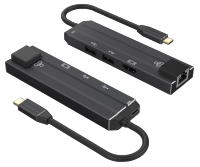 Hopefully Purism will offer something similar, although I would like something better like this hub with more ports: 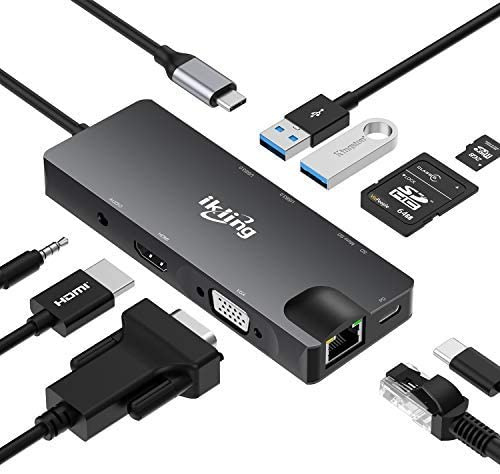 We have plenty of Dogwood videos planned and are making a lot of progress on USB-C video out on it as well, but we briefly paused it the last few weeks as the team has been focused on final extensive testing for Dogwood so we can ship it out.

Just wanted to say thanks for this update! Dogwood is looking great, I can’t wait to see more about it.

In years past, I wrote a large custom web site, which took full advantage of css ‘fluid layout’.

The idea was to have one html page, that can display anywhere.

In other words, the very same pages can display on wide screens, or tiny screens, and the css is used to select how to do this based on some triggers.

I imagine the best way forward with display manager, would be to somehow use this already working model, of cascading style sheets. Perhaps it already works this way and I just don’t know of it.

In other words, the very same pages can display on wide screens, or tiny screens, and the css is used to select how to do this based on some triggers.

This is essentially what libhandy does for GTK applications. So the technology is in place and upstreamed, we just need to have existing GTK applications apply it. It’s just like in the era of CSS fluid layout, you had to convince web designers to re-do their website to use CSS.

Just might suggest the word, “improve”, or “modernize” rather than “re-do”.

I had to improve the web site I built too, because initially, it wasn’t as fluid as it would later become. But it wasn’t that much trouble, and in the end it was well worth it.