Possibility of A Purism POWER9 or RISC-V System Within Near Future?

With reference to https://www.raptorcs.com/TALOSII/ which model specifically?

Plus not necessarily open hardware (per Nicole’s comment above).

Talos II is not really their desktop solution. That’s the Blackbird and in the future the Condor. Those systems are still expensive if you compare them to AMD based systems but you get totally free systems. You are in control of your computer.

I think Nicole’s comment above was outdated or just ill informed. The SiFive HiFive Unleashed requires binary blobs as does any other RISC-V board I have looked into. So from what we are seeing OpenPOWER is more free than RISC-V.

Talos II is not really their desktop solution.

The SiFive requires binary blobs as does any other RISC-V board I have looked into.

China has a fundamental problem (roughly the same problem that we, as Purism customers, are aware of). “All” the world’s hardware (design) comes from the US, “all” the world’s software and services come from the US. China has plausible reasons not to the trust the US government, and in any case there is no concrete basis to trust any of the US technology. It may be all good, it may be backdoored, no way to verify.

China seems more interested in RISC-V than OpenPOWER - as the basis for eliminating a need to trust the US government and eliminate its dependence on US tech as far as the CPU goes. (India too. Other countries too. OpenPOWER seems more limited in its geographic scope.) Provided that they continue the open model of RISC-V and release their improvements to and implementations of RISC-V back as open hardware then I think RISC-V has greater potential.

I can imagine a future Purism product range based on RISC-V which, like the Librem 5, comes in two variants: the “Made in China” variant and the “Made in US” variant. The CPU is fabbed in the respective countries, ostensibly from the same underlying open design. Buy whichever you are less mistrustful of.

However imagining a future and being right about it are two different things.

Oh, and to answer the original question, I don’t think any of this is “near future”.

As you say (or imply), a system is more than a CPU - and blobs can creep in as part of other components.

nVidia has “said” that they will use RISC-V in future graphics cards, which would be a small step towards bringing the graphics card into the fold (for non-entry level desktops and laptops that actually have a dedicated graphics card).

With Power you are basically 100% dependent on IBM and their good will. RISC-V on the other hand is completely open, anyone can pick it up and crank out chips using the ISA and/or based on the freely available designs. It frees us from the lock in to one single provider’s blessing.

RISC-V is not entirely “open”. The Risc-V ISA is an open standard, but the organisation that controls it acts more like a closed shop from the look of it. Judging from the references below, the RISC-V Foundation ignores external contributions and makes it difficult to access technical documentation.

Across several projects, nearly EUR 400,000 worth of additional funding applications were put in, and around EUR 200,000 to 250,000 of those have been approved. The RISC-V Foundation's continued extreme unethical actions have led us to consider...

The ISA (instruction set architecture) only defines the CPU instructions and not how it is implemented in silicon. So you can still be forced to use binary blobs to use a chip that implements the open RISC-V ISA.
It seems that the RISC-V ISA is only gaining traction with the major players because it lowers the cost of IC development and not for protecting user freedoms.

On top of all this, power CPUs are a proven technology with decades of experience behind it. Longevity is a serious concern for any platform and I’d feel much more confident developing towards or for power architecture than RISC, at least in the current landscape.

There is already a group working on a libre-hardware design for a powerPC based laptop with the goal of meeting the FSF Respects Your Freedom criteria. Looks very promising and actively being developed.

@nicole.faerber Could Purism reach out and join forces with them? 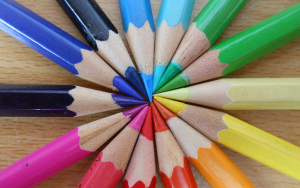 This project is for anyone who wants to contribute with his action and participation, as well as with his own money, to build a laptop with Power arch.

Oh year, I forgot Purism donated to the Libre-RISC-V 3D GPU project, so they should hopefully be aware of their problems with RISC-V.

We are delighted to be able to announce additional sponsorship by Purism, through NLNet.

Interesting information on Purism helping to fund a RISC-V hybrid CPU/GPU. I saw this in a post in the Librem 5 Matrix channel, by nickh.

The power laptop project is interesting and i hope they will succeed, but for some reason they are going for big endian while almost all distro like debian and fedora do support little endian only.
So i hope purism will join the effort with raptorcs if this help both, since they both care about open softwate open hardware and open firmware

That is troubling… While it is possible to run qemu cross endian, the performance penalty is considerably higher, and there are more bugs… That pretty well precludes running x86 stuff on their laptop.

currently they need urgent help $, if nothing else, then u can spread the verb:

Four months have passed since we started our donation campaign aimed at the PCB design and we are now at around €6500 (27%) of the goal €24000 for the entire phase 1 of the design, and we must admit that the rate of donations is slower than what we...

How true is this? (in respect of Debian)

Or did you mean Debian on the PowerPC architecture supports little endian only? while supporting big endian on other architectures e.g. MIPS?

A lot of code should be completely oblivious to the endianness. If you are writing general application code that depends on the endianness then you may be doing it wrong.

Any code that depends on the endianness should generally be using conditional compilation or other compile-time features to work with either endianness (statically).

(Of course @lperkins2 makes a valid point where for whatever reason the source code is not used and emulation is used instead.)

Anyway, at least RISC-V is unambiguously the little endian that we know and love.

In theory that is far more true than it is in practice. No one is born a master programmer, and the demand for code far exceeds what master programmers can produce. So most code is written by less-than-perfectly-competent programmers. There’s lots of ‘it works on the systems I have available for testing’, and lots of novice programmers aren’t even aware of what host-byte-order means. I admit I have production code in the wild which assumes it’s running on a little-endian machine, just because it’s faster to write with that assumption, and I don’t have a good way to test on non LE machines anyway (it’s also not a public program).

As for debian PPC64BE, it looks to still be supported, sorta. There are 2 entries for PowerPC on their package list, one looks to be the legacy big-endian version, the other is the little-endian version. Thing is that IBM has mostly dropped support for big-endian software, and is planning to continue moving everything to little-endian, so maintaining the big-endian PPC distros will get harder as time goes by.

It is not feasible a laptop with Power9, but there are rumors that RaptorCS is preparing a laptop with Power10.
Anyway Power10 launch is postponed to 2021 according to many sources.
There are other rumors that Vikings will sell RaptorCS Talos II and Blackbird in Europe soon, then I hope that Purism could get IBM Power10 CPUs too for their laptops, although Purism servers haven’t got Power9 CPUs, I cannot understand if there is an exclusivity agreement between IBM and RaptorCS according to their FAQ #5.

This is a nice summary video concerning the RISC-V situation: 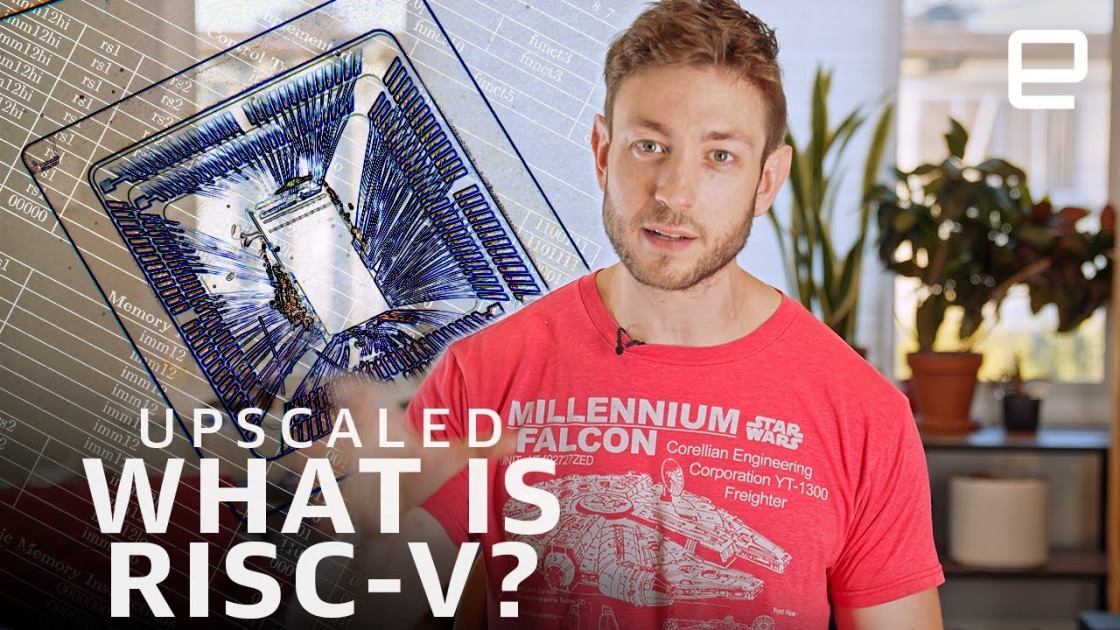 RISC-V is trying to launch an open-hardware revolution

RSC-V is a new fully open-source processor design and instruction set. Developed at UC Berkeley, RISC-V is trying to do away with license fees and proprietary tech to make processor design accessible to companies all other the world.

The problem with RISC-V is that the ISA is just a small step. Actually used are implementations of said ISA. And the RISC-V foundation proclaims at every opportunity that they are no tree-huggers — aka free software evangelists. Which means they are fine with proprietary RISC-V implementations.

I’m fine with WD to do whatever they want in their SSD and HDD controllers. I view those components as black boxes and only expect them to have free device drivers. As a customer I’m not affected by the choice of the manufacturer if they use RISC-V or not.

And regarding RISC-V general purpose computers I have yet to discover a product that doesn’t require proprietary software to run. That’s a problem for me. I already have that with x86 and arm. The only platform that can be used with free software exclusively is POWER9.

currently they need urgent help $, if nothing else, then u can spread the verb

We are happy to share to all the donors and followers the Board Layout of our PPC64 Notebook Motherboard!!! The design of our board layout is meant to fit inside the Slimbook Eclipse body. The PCB Design which is currently being worked on using...

EDIT: I find this as just fine and useful comment: “RISC-V aims at the complete other side of the spectrum when it comes to horsepower: Yes, you can validate the HDL, but you can also integrate it alongside custom peripherals and build something that fits in a 24QFP and needs 3.3v at 100mA to do a very specific task.” Link to the rest of the original post is here: https://hackaday.com/2020/08/19/ibm-reveals-power10-cpu-based-on-the-openpower-isa-3-1-specification/.

I think PowerPC is the only way in the midturn for an Intelfree computer. Risc-V is still not even established in the low-power SOCs.