What email service(s) do you use?

VOTES ARE PUBLIC - I accidentally clicked the wrong box when creating the poll and I can no longer edit it (polls have a 5-min edit time limit), if you don’t want everyone to know what email service(s) you use, don’t vote.

I’ve been using ProtonMail for almost a year now, but I’ve been learning more about how they process unencrypted emails, and I am essentially just trusting them to not read my unencrypted email, and to actually encrypt it at rest. There has been some recent news about the three-letters compromising Swiss companies, so I’m a bit concerned about continuing to use them (most of my email is unencrypted), and I am considering other options. I figured I would ask the people here what they use, and what they would recommend. (I use a ProtonMail paid plan and am perfectly happy paying for email.)

Not answering your question, but pretty obviously if you are sending unencrypted mail (which is mostly the case, as you say) … the security is only as good as the recipient and that person’s mailbox. You can have the best systems in the world but if your recipient uses gmail then your email is being processed in undesirable ways, including potentially being surrendered to TLAs - and if the recipient operates poor security or is untrustworthy then the email may be accessed in various ways.

Likewise, regardless of the recipient, the email can be intercepted and accessed by TLAs and other parties, even if the recipient is solid.

For clarity, “unencrypted” in the first paragraph means not involving end-to-end encryption technology. So interception in transit comes down to whether the sending and receiving mail systems support STARTTLS (and do so correctly), for each mail hop, - and access at rest (at the final destination or at any intermediate system) depends on how well controlled that system is.

So … far and away the most important factor is … using encrypted email. Once you are using end-to-end encrypted email (EEEE?), mail content is not leaking - except from the recipient. Note however that metadata may still leak even where you use EEEE.

I use ProtonMail and they claim to have zero access encryption (https://protonmail.com/blog/zero-access-encryption/) so if they can be trusted, no worries there. For my business I’m moving over to Mailbox.org since they’re cheaper, have GPG support and am interested to try out their system more. Like most folks, still reluctantly have my old Gmail account as well.

I’m currently looking into Migadu. I used them prior to switching to ProtonMail, and they support PGP so I can use it if I need to, and they are a lot cheaper than ProtonMail.

why? I probably wouldn’t have voted if I noticed that eariler… too bad. Make them anonymous, please…

EDIT: I managed to neutralized my vote, so now it’s only on “Others” option.

I use ProtonMail, but not for anything important or private. This guy gives a pretty good in depth explanation as to why most email is NOT encrypted as some point, and in most cases. Maybe protonmail to protonmail is ok?

Most communication, I try to use Signal only, or Wickr if phone numbers aren’t exchanged. Haven’t seen anything better yet. 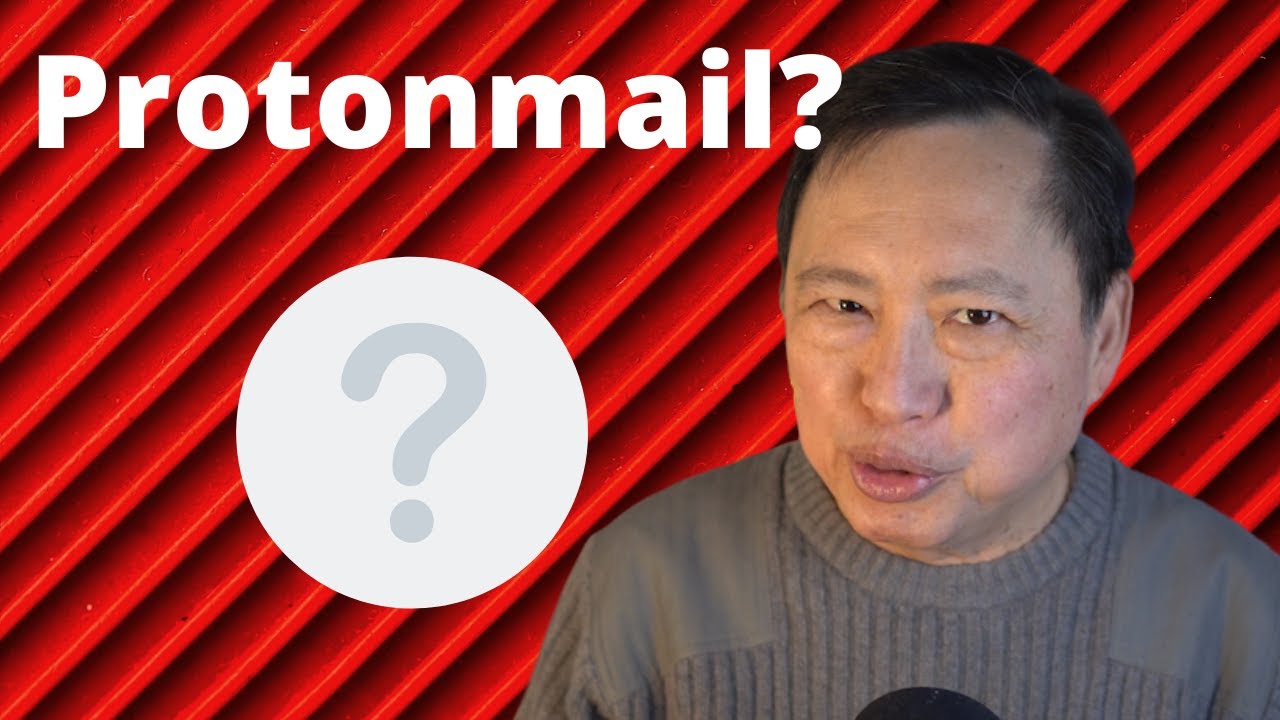 I use fastmail and, more importantly, my own domain so that I can change email service without changing my email address.

The more I think about it the more sad it feels that so many people use gmail addresses, apparently without understanding or caring about how bad that is. I mean, bad enough that you are using Google, but on top of that you have “gmail” explicitly in your address, so with every email you send you are telling the world that you are one of Google’s little helpers. Gah. Sorry about this unprovoked rant.

BraxMan is the professional when it comes to the phones! a must have to subscribe his channel for everbody here with privacy concerns!

I also use fastmail with a personal domain, but I also registered a second domain for disposable addresses. This makes managing privacy when registering at web sites much easier as you can create a rule for handing out unique email addresses and filter them easily. For example, if you create a facebook account, give them the email address “facebook@disposable.domain.foo”

Sorry about that, I didn’t realize it until after the 5-minute edit limit. I don’t see why it matters…

I don’t see why it matters…

Just look at your nickname…

Just look at your nickname…

Exactly, everyone here is using a nickname…so it doesn’t matter what service you use.

If you don’t want it to be connected to your username (and it probably already is because you used that email account to register here), don’t vote. I’m sorry I click the wrong box, but I don’t think that it is that big of a deal, and I shouldn’t have to delete and re-create the post just to edit the poll.

It would be one thing if I asked everyone for their email addresses, but posting your email service isn’t that big of a deal to me…

Exactly, everyone here is using a nickname…so it doesn’t matter what service you use.

It’s unfortunately much more complicated than this. Of course we all use nicknames, but the more information we share about ourselves the easier it is to correlate it with our real identities, especially if you are Google and Facebook who already know a lot about you (even if you’re not registered with them!)

It’s probably not a big deal, but I bet a few people decided not to vote for this reason.

I don’t mind that Purism knows what I am using, but I don’t want everyone else to know.

Not to mention, even if you yourself don’t use gmail, but you correspond with someone who does, then your info can be harvested. And many private domains (and businesses) use gmail as their backbone, don’t they? So you don’t even realize Google is managing the correspondence.
There ought to be a law…

There ought to be a law…

No, please, not another one

many private domains (and businesses) use gmail as their backbone, don’t they?

Yes, or a similar service provided by Microsoft, for example.

It does matter. But …

Is it possible to unvote?

Otherwise, or in any case, @eugenr should ditch that identity/nickname and start a new one.

I can’t tell you how many times various customer service reps have suggested I just install Chrome to fix issues I (they) have with their website. I don’t do Google!

even so, Purism has your email if you voted or bought anything on the web-site. i’m extremely uncomfortable with it as well but this is the www. unless you’re uber Snowden or behind a military-grade privacy device there’s little chance that anonymity is preserved (maybe somewhat if you know what you’re doing)