What is the SAR value of the Librem 5?

do you mean to say gluten ? 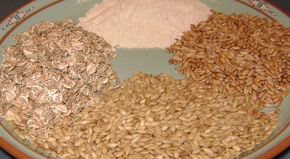 Gluten (from Latin gluten, "to stick") is a group of proteins, called prolamins and glutelins, which occur with starch in the endosperm of various cereal grains. This protein complex supplies 75–85% of the total protein in bread wheat. It is found in related wheat species and hybrids, (such as spelt, khorasan, emmer, einkorn, and triticale), barley, rye, and oats, as well as products derived from these grains, such as breads and malts. Glutens, especially Triticeae glutens, have unique viscoela...

or do you mean that there is an ACTUAL allergy triggered around glutton people ? 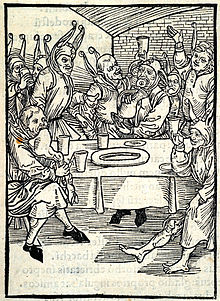 Gluttony (Latin: gula, derived from the Latin gluttire meaning "to gulp down or swallow") means over-indulgence and over-consumption of food, drink, or wealth items, particularly as status symbols. In Christianity, it is considered a sin if the excessive desire for food causes it to be withheld from the needy. Some Christian denominations consider gluttony one of the seven deadly sins. In Deut 21:20 and Proverbs 23:21, it is זלל. The Gesenius Entry (lower left word) has indications of "squander...

Drat my spelling! Thanks for the corrections, I’ll leave my post as original - for comedic effect.

To add to the discussion this link to www.5Gappeal.eu might be helpful and giving insights coming from scientists, doctors and other knowledgeable people

your connection is not secure

just skip to the news page

The website may not be secured as it’s supposed to, their list of signatories is pretty solid

No, it’s not a solid list at all. The vast majority of the signatories are not specialists in the field and many are retired or professor emeritus!

It’s very easy to make this kind of list today (in fact, 240 signatories is very low). It does not reflect the tens of thousands of scientists who are working on this topic and believe otherwise.

I think we can all agree on a base level: changing electrical fields cause tissue to warm up. The closer you are to the radiation source, the more warming up there will be. So a cellphone pressed to the ear will make your ear hot (it actually will, try it out), while the cellphone in your neighbours pocket will fail to do so.

Wether or not this is detremental to health is up to debate.

Wether or not this is detremental to health is up to debate.

Not really. It’s as detrimental as a 0.125W LED pressed against your skin - which is to say, not at all. Yes, there’s going to be a tenth of a Watt of heating, but humans already have a very effective method of temperature regulation and heat distribution - it’s called your bloodstream.

You get orders of magnitude more “radiation” (in this case, thermal effects) when a cat sits on your lap.

So a cellphone pressed to the ear will make your ear hot (it actually will, try it out)

For comparison: wireless radiation is up to ~1W in all directions, and the Sun radiation is >200W/m² at Earth surface. Only a fraction of both would reach the ear, but I’m too lazy to calculate how much exactly and how much of that gets converted to heat.

Hello, I love the idea of the Librem 5! However, I would like to know the amount of radiation it will emit before committing. Do you know the level of SAR (or DAS for us French)? SAR definition: https://en.wikipedia.org/wiki/Specific_absorption_rate In my opinion, it should be as low as possible as this subject is becoming a matter of public health (this is my primary criteria for a mobile phone). This could also be a key differenciator as most phones (especially iphones or chinese phones) ha…

No this is not true. Light is electromagnetic radiation. We weren’t talking about that, we were talking about electric fields (in this case caused by TEM-waves). The difference is that light consists of photons which may or may not transfer their energetic quantum to some matter, while electric fields directly influence the behaviour and struktur of molecules that have a dipolic nature. Again: look up debye relaxation.

Actually I read some while back that this heating that we experience is mainly due to the radiation, that’s why I chose this example.

But really guys, I don’t want to pick sides on this, I just wanted to establish a common ground for the two opinions until the physician OP shows up again. Please don’t drag me into arguing for one side, because you unfairly misrepresent the other.

So a cellphone pressed to the ear will make your ear hot (it actually will, try it out)

and how much due to the altered air circulation in the area?

Ah, I managed to overlook this little bit. Human ears serve as heatsinks. There’s a reason why they flush red when you’re too warm or when you’ve just eaten a large meal and your body’s burning off excess energy.

On that note, a book, a solid lump of Lego, a small lump of wood and a phone with no battery will also make your ear hot if pressed against it.

No this is not true. Light is electromagnetic radiation. We weren’t talking about that, we were talking about electric fields (in this case caused by TEM-waves). The difference is that light consists of photons which may or may not transfer their energetic quantum to some matter, while electric fields directly influence the behaviour and struktur of molecules that have a dipolic nature. Again: look up debye relaxation.

Electric fields can reshape molecules… if they’re strong enough. Sure, if you concentrate this 0.1W field into a very very small area, then you’ll get ionisation or field emission, but phone antennae radiate an expanding wave. They don’t focus their emission to a point and even if they did, it would be a pretty large point due to diffraction effects.

A static E-field might cause membranes to become more permeable by affecting ion channels or reorienting some of the molecules along the field, but an oscillating field isn’t going to do anything more than jiggle various molecules around - this does nothing more than inject heat energy into a system.

and how much due to the altered air circulation in the area?

I was going to make the same objection. For a start therefore you would need a control where the phone is powered down. Hence no WiFi/BT/cellular RF. No thermal dissipation from the SoC (or any other chips).

Humans themselves engage in thermal dissipation, when appropriate, and loss of heat through the skin to the adjacent air is part of that.

the Sun radiation is >200W/m² at Earth surface

For blue skying 1000W/m² would be closer to the mark, although it depends on many factors including obviously what proportion of the electromagnetic spectrum is under consideration (visible light only, entire spectrum, other choices).

you know what else needs to stay cooler than the rest of the body ? yup you guessed it … balls

the phone has been developed

I don’t think that’s true. Until the Evergreen batch ships, the phone is still being developed.

So a cellphone pressed to the ear will make your ear hot (it actually will, try it out), while the cellphone in your neighbours pocket will fail to do so.

An empty hand pressed to the ear will make it hot.
Unless you can feel a millidegree temperature variation (and there is no blood flow in your ears to instantly eliminate this “warming”), it is impossible for you to feel the thermal effects of the waves emitted by a smartphone.

The warming is due to your hand and the smartphone’s electronics.

The legal limite for SAR value have been choosen by divided by 50 the smallest amount of microwave that experimentaly lets suspect a thermal effect on rats.

Not picking sides here. Just saying that before everybody starts off spreading opinions, that this is a tricky area and before speculating, read up on research, e.g.

And many more (sorry can’t provide links now). All I am.saying is that this is not a clear cut case that can be debated without background knowledge and research.

i recently came across the AV-documentary ‘The Soviet Garden’ from 2019 and it made me remember that we haven’t yet had any news from Purism regarding the SAR values RECENTLY.

are there ANY news regarding that for the default listed modem ? < https://shop.puri.sm/shop/librem-5/

oh please ! i haven’t had a bug splash on my car windshield on the highway for 10 years now …