Accessories For Your Librem 5

Does anyone here know of a source for Librem 5 accessories? I always get a shatter-protective cover and an Otter Box with belt-clip for any phone that I have. If the Librem 5 phone uses the same display as any known Apple or Samsung phone, I imagine that a shatter-protective cover made for that other phone might work. If the dimensions of the L5 meet the same physical dimensions of some other phone, maybe an Otter Box made for that other phone might work for the L5. Another idea for an Otter-box type of case might be to custom print a protective case, custom made for the L5. We use 3D printers at work and those 3D printing machines can make in plastic, anything that the mind can dream-up in a cad program. Without a protective case, I would need to carry my L5 around in my hand all day.

… those 3D printing machines can make in plastic, anything that the mind can dream-up in a cad program.

If I understood you (lucky one) right, once updated to final specs below post should be something for your selfish intervention:

I added some back slits on a branch script 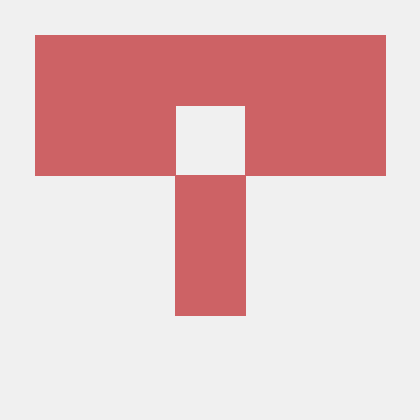 OpenSCAD script that generates an .stl file for a cover for the Librem 5 phone - ericspivey/Librem-5-cover

To the first part, unfortunetely there doesn’t seem to be same size phones - or if they are close, they are old and rare. Maybe after Evergreen there is interest, when the phone and final dimesions are actually out, for a case maker to appear. 3D printing and other DIY methods seem likely until then.

3D printing can make almost anything. A guy at work even printed up a fully flexible bicycle chain to prove the point. But the weakness of that chain and probably also on the phone cover would probably only be good enough to make a prototype for a mold. The link to the other thread was helpful. A custom mold of hardened plastic is probably required.

I was just thinking the same thing, 3D print to prototype for the mold then make a harder plastic case from the mold. But I’d even take it a step further and have a silicone case under the hard plastic which may result in the need for customizing the plastic case since each silicone case might be slightly different thicknesses? This isn’t my area of expertise…

I wonder if at some point, a group of us could approach the Otterbox company and ask how many of us and for how much each, it would take to custom make an Otterbox for the L5.

The more I think about it the more I wonder if we might be able to do something inside the phone itself to absorb much of the energy reducing stresses and in turn reducing the need for as robust a case.

I could use that .still file and pay someone at work print a cover up for me. But I am afraid that a corner snap may break off the first time I try to snap the phone in to it.

I don’t think there’s any possible substitute for a robust case. The case needs to be able to take quite a beating and not lose the phone at the critical snap-in points. If something reletively close can be found, maybe the case can be sliced-up, slightly expanded, and glued back together.

Similar views have already been discussed at this forum in particular here. As for the manufacturer, I personally prefer juggernautcase.

Just to be clear, the script and the .stl file it creates is based on measurements based on old images of the phone – a cover made from them would not fit probably any of the phones right now. I decided about 6 months ago to not update anything with this cover until I have my own Librem 5 in hand (Evergreen). This is for two reasons: first, it is difficult to estimate spatial distances and relations from 2D images, and I haven’t been able to convince Purism to post the case CAD files; and second, they keep making small changes to the layout as they uncover bugs and get more feedback from early adopters. I am also guessing that part of the reluctance to posting CAD files is because of the still-under-development nature of the case. In either “case”

, I will be able to update the cover for Evergreen, and it may be “backwards compatible” for Dogwood.

I am designing this cover to be made with TPU, a tough, rubbery thermoplastic already used to make many case covers. It will be necessary to have it made from a rubber-like material, so it can snap around the phone. Silicone would also work, but I have heard it is more fragile when 3D printed.

I’d appreciate it if someone would make a conforming padded aluminum cigarette case (Pelican-like against physical damage and Faraday cage blocking) for the up-coming version of the Librem 5. I would like it to have a solidly welded loop hole for a chain to my belt. -Thanks.