Arch broke. I'm out. Suggestions to move to?

So arch broke on me again but this timr unrepairable after much effort and advice and broke due to system being stupid rather than me being stupid (which is a first) and that was incredibly disrespectful to me so I will not use arch or any bleeding edge distro ever again in my life.

For my distro to change to, I want it to be:
Free as in freedom as much as possible excluding drivers that are required by my hardware.
Stable: cannot be bleeding.
Not outdated: I want stable but I also don’t want 2 years outdated packages.
Okay package base size: Doesn’t need to be chonky like the aur but reasonable. I will be running all garbage programs in a vm anyways.
No branding garbage: I don’t want the distro’s garbage logo and crap everywhere and if it is, it should at least be easily removable.
Good customisation: I won’t go as far as I did on arch but I do still want my system to be a little configurable like removing the DM without it crying.

edit:
Oh also no data collection by the distro AT ALL. If they have, I don’t want it to be forceful in me enabling and only opt-in. I will not use ubuntu btw because that is mad cringe.

Depending on how much time, dedication, and pain tolerance you have, Gentoo meets all of these requirements.

In my experience Debian Testing is unlikely to break anything, and there are a ton of distros based on Testing.

I’m pretty happy right now with Debian Stable plus its Backports repo, which gives the latest of critical things like LibreOffice (although not the latest Firefox, which you have to install through snap or flatpack or Unstable).

Solus has never failed me.

Gentoo isn’t stable. Gentoo is wasteful with time. I want to use programs rather than compile them for 6 hours.

Not sure if you even read OP. I cannot use recommended FSF list because I explicitely said I require non-free software for drivers which those OS’ do not allows due to to linux-libre-kernel and linux-libre-firmware.

Manjaro is not anywhere near stable enough so I can’t consider. It’s a footstep above pure arch stability. Also, the themeing manjaro has is way too strong and looks horrible. I don’t think there is such a thing as stable arch distro. That just doesn’t sound like a thing.

It literally has unstable in the name. That makes me feel incredibly uncomfortable. I do not want another arch.

Solus isn’t based on anything. That makes me sad. I want to actually be able to install programs rather than hoping someone might have packaged for this.

I would definitely recommend https://qubes-os.org. Makes you feel in power and gives you a feeling of freedom to run anything you want while still beings secure.

oh my gosh! Qubes went right over my head when I was thinking. Heard some good stuff about it. Main issue is it being memory hog but I can handle. Becuase of how it works though, I am concerned if it will do one thing I need it for. I need to run a vmwith virt-manager. Will it spas out from that since everything is already inside a vm?
edit: This kinda stuff looks funky with hvm and stuff: 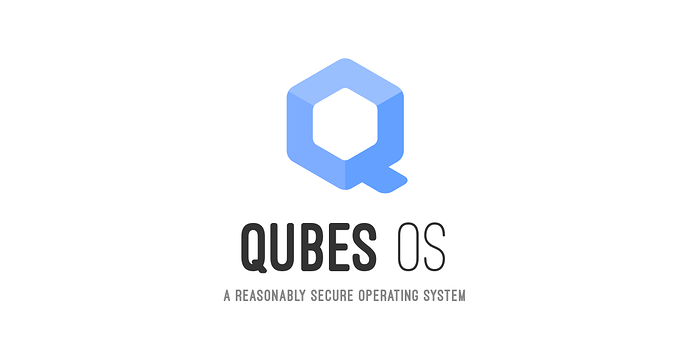 Windows VMs in Qubes OS Like any other unmodified OSes, Windows can be installed in Qubes as an HVM domain. Qubes Windows Tools are then usually installed to provide integration with the rest of the Qubes system; they also include Xen’s...

edit1: I can’t find any documentation from qubes for gpu passthrough. As I think I understand, this OS does not have kvm in it’s kernel.

Try it, IMHO it is the gold standard as far as what Linux has to offer.

edit1: I can’t find any documentation from qubes for gpu passthrough.

Are there any groups online working on gpu passthrough for qubes? There are patches for Xen to do cpuid spoofing like how KVM does it so gpus (Nvidia especially) can work in a vm. I understand (or at the least don’t care) the security risks with it....

Frequently Asked Questions General & Security What is Qubes OS? Qubes OS is a security-oriented operating system (OS). The OS is the software that runs all the other programs on a computer. Some examples of popular OSes are Microsoft Windows, Mac...

ubuntu has a despicable company that I have no respect for behind it. No thank you!

So I uninstalled python-dmidecode and ran a basic script someone else wrote and modified to replace files already inside filesystem and my arch system works again. Currently posting from it now. I have a lot of work to do and would rather get going on doing that work rather than using up more time. I will setup qubes because it’s super cute on my next breakage.
#!/bin/bash
for pkgName in $(cat packages.txt)
do
yes | pacman -S $pkgName --overwrite ‘*’
done
echo “Reinstalled”
edit: packages.txt being a file with a list of all your installed packages (listed with pacman -Qi or Qq)

Despicable company? News to me. But you know, I’m happy you know what you want.

In fact, I have read nothing that points to a reasonable reason why Canonical gets so much hate.

This article does a good job of pointing out the sillyness of those arguments: 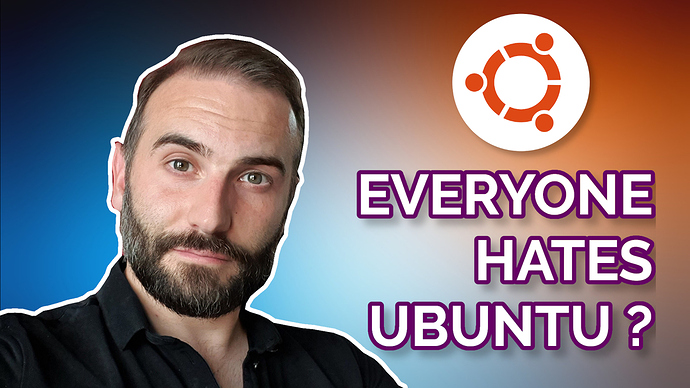 Why is Ubuntu Getting so Much Hate?

Ubuntu is the 'big dog' of Linux distros, and as such, people love to hate on Ubuntu, sometimes just because everyone does it. Let's see if it's deserved.

Furthermore, if you see Canonical as despicable, then you realize that makes everything dependent on Ubuntu despicable. Elementary OS, Zoris, Mint, etc. All despicable. Surely you can see the short sightedness of that perspective.

Ubuntu makes pretty good software. Most distros that are a forl of ubuntu are mostly just debian and don’t do the sketchy things ubuntu devs have done. Some people see them as good but I only see them as getting worse. There was the whole sending system search queries back to amazon which people got over and a more recent story was data sharing between microsoft and people working at corparations running windows with WSL for ubuntu and the employees specifically had information like phone number and personal email address (not just work email) shared with companies including behind ubuntu so ubuntu could then call that person up for advertising to them. The company is sly and two face like google. Never trust them. Oh yeah and they on that whole snap store or flat pak thing which is garbage and proprietary implementation of installing free software.

edit: My main concern is that the people behind ubuntu are out to get people. They move very sly. I could easily forgive them for their actions with them not being at least the worst things ever but the problem is that they keep doing bad things and will not stop because there is huge profit motive. I treat ubuntu like a family member that keeps trying to steal shit when they come to your house.

want to actually be able to install programs rather than hoping someone might have packaged for this.

You really should fire it up in a VM and look before you decide it doesn’t have what you need.

Sure will spin it! Seems pretty cool so might as well check out.

Sure will spin it!

I would say Debian stable with selected packages from backports, or even compiled from source. That’s what I use, with a repo of my own with packages where I need/want newer versions. People might find testing appealing, but the stability of testing is very much dependant on when in Debians release cycle you are - if you are close to release, it is stable, but when not, not very much. Also, testing takes longer for a fix to get into it (it needs to go through unstable first) - of course you can run testing and pick single packages from unstable, but that could mean much work too.

Ubuntu is not for me.