Are Purism laptops ready for being migrated to AMD

Intel cores were known for the severe security bugs named Meltdowns and Spectre, but AMD equivalents were never affected at all
AMD64 was founded in 1999, Intel64 was 2004, Ryzens were 2017
Should Purism laptops consider being migrated to AMD Ryzen 9, Ryzen 7, A12, and FX, instead of being stuck at Intel64?
And how will AMD+Coreboot look or feel like?

This question has been asked quite a few times, and the response has always been the same. Intel is being used because the work to free it has already so much progress. The same cannot be said about AMD chips.

But freeing AMD’s instead has ‘‘more’’ progress than on Intels?
Moreover AMD’s are known for less tricks than Intels needed to be done on security fixes
Even Coreboot itself can never either be 100% free, due to the mucode restrictions
And asked quite a few times? Where?
And the most Coreboot people are on Intels? Too few Coreboot people are experienced on AMD’s?´

This’ been done by system76 too, why not on Purism laptops too? 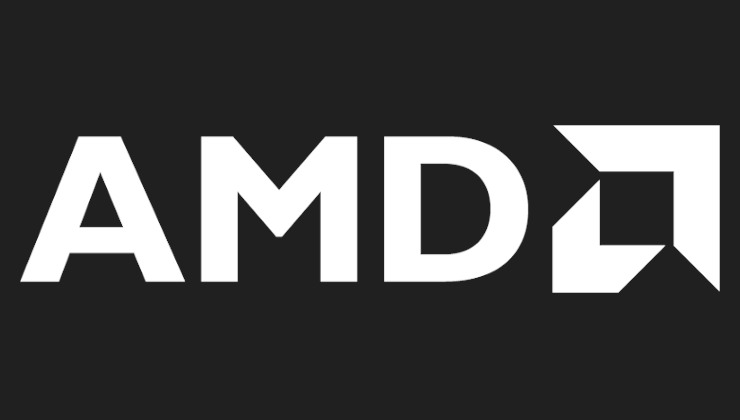 System76 have begun providing more AMD based hardware for Linux enthusiasts, and the next step in their plan to be as open as possible appears to have begun.

This has not been done by system76. Note from the link:

One thing to be aware of, is that only coreboot directly is being mentioned so far and it seems the AMD Platform Security Processor (also known as AMD Secure Technology) will still be there with its proprietary bits.

This doesn’t sound like they have neutralized the PSP to any extent.

Note that it’s also not been done because there’s no mention of Coreboot for their AMD laptop.

I get that AMD is the underdog with the cool CPUs, but they are not any more free than Intel at this time.

Last years Chaos Computer Congress had a presentation (56 min long) of some reverse engineering about Ryzens PSP. There are a lot of information how it works in detail, even if not all was clear to the end of 2019. But for me (I’m no expert) it sounds more trustfully then Intel ME. But sure, this means not, that it’s more free at all.

In addition to that the problem is that the GPU in applicable AMD Ryzen CPUs requires a binary only firmware - the drivers are free but the firmware needed is not. This ATM rules them out for us, sadly.

Just to be clear, you speak about APUs? An additional graphic card isn’t a option for Purism? If no, I guess they have same issues like graphic units on ryzens APUs. I am right?

To be clear, AMD GPUs require uploading firmware files to get them into more than basic VGA mode. For a server/librem mini type application that may be sufficient, but not really enough for video playback (even X11 is a bit iffy).

Could go the IBM route and use Linux as the bootloader, letting the embedded kernel “upload” the firmware files from included SPI flash, thereby removing the need for the end user to deal with closed source code, but that’s an engineering headache that is probably not worth doing.

I use this thread to once again propose a powerbook. Of course you cannot take an electricity guzzling POWER9 CPU and use it for a laptop. A mobile OpenPOWER CPU has to be developed. That is easier than to convince Intel or AMD to stop integrating an autonomous computer inside their CPUs.

There are no modern GPUs that can operate properly without proprietary software. Intel is supposed to be getting into the GPU game so maybe we’ll see things change a little in the future.

A mobile OpenPOWER CPU has to be developed.

You will be delighted: https://libre-soc.org/

What’s special about it? Just looks like a regular PC to me, with proprietary software.

You will be delighted: https://libre-soc.org/

When I heard that the project was switching from RISC-V to Power ISA, I decided that libre-soc.org is never going to make it to implementation, which makes me sad because the Kazan GPU is a really cool idea.

Sorry to be pessimistic about this, but we have at least two free/open source implementations of RISC-V that they could have used and adapted and they are relatively power-efficient. With Power ISA, they are starting from scratch and it looks like Luke Leighton is the only one doing the CPU work.

I understand Luke’s reasons for switching, but I just can’t see how Power ISA is a better ISA for libre-soc.org than RISC-V.

I would be very leery of depending solely on IBM, which is the only company still using and developing the Power ISA and IBM has no interest in mobile chips, so have to wonder how good the ISA even is for designing a mobile SoC. I have questions how long IBM will even stay in the chip-design business. We know the problems of depending on one company–just look at how MIPS decided to privatize its ISA after making it free/open.

Starting with a mobile SoC ASIC seems very unrealistic to me and I have to wonder about programming a CPU in Python and converting to Verilog. I’m skeptical that the converter will create Verilog code that is fast and efficient.

I wish Luke the best, but the fact that he hasn’t posted an update since Feb. 2020 tells me that this project is going nowhere.

I don’t know beans about chip design, but it looks like to me that the best hope we have is for someone to take the OpenHW Group’s CVA6 core and then pair it with the Kazan GPU project and sell it on an FPGA for a couple iterations in a desktop PC. Then, do an ASIC for mobile once they have perfected the design. Starting with an ASIC seems like a recipe for disaster.

If someone attempts to create a free/open hardware SoC using the method I outlined, I hope that Purism will be willing to donate again to the effort.

Nothing special but for me a lot better than Intel even with the 'blobs". Just my personal opinion what’s better for me. To each his/her own.

An additional graphic card isn’t a option for Purism?

That comes with its own proprietary mess - as well as adding to the cost to the customer, who may not need that level of graphics capability.

asked quite a few times? Where?

Trust me, it has been discussed quite a few times.

To my mind, the impetus to look at AMD would be if Intel started producing CPUs where the backdoor CPU literally could not be neutered (under the assumption that at that time there were no viable options outside of x86).

that’s so unlike you

currently the iGPU in both the CPU from Intel and the APU from AMD are quite sufficient for people that look to stay in touch and consume content (mainly but not exclusively as has been demonstrated on the Purism blog). if you can 3d-model and prepare for final-rendering on a Purism 15v4 machine an exploded L5 video then it’s natural to assume that you will have AT LEAST that capability or MORE on an AMD APU from the last 3 years.

the issues might look different if you use media-players like mpv > https://mpv.io/manual/stable/ < to decode last-gen-AV-content.
it’s however assumed that if you use the tools at your disposal EFFECTIVELY with up-to-date software you WILL get an acceptable performance while not completely blowing up your software freedoms …

This question has been asked quite a few times, and the response has always been the same. Intel is being used because the work to free it has already so much progress. The same cannot be said about AMD chips.

I don’t quite understand your English, hence your point.

The Intel Management Engine has been disabled, so they use Intel chips. AMD’s equivalent, the Platform Security Processor, has not, so they don’t use AMD.