Last week I announced that the Librem 14 would feature a special “kill switch” of sorts on the motherboard that would write-protect the BIOS and EC chips. I’m pleased to announce another enhancement that will be in the Librem 14: the microphone kill switch will also kill microphones connected through the headphone jack . 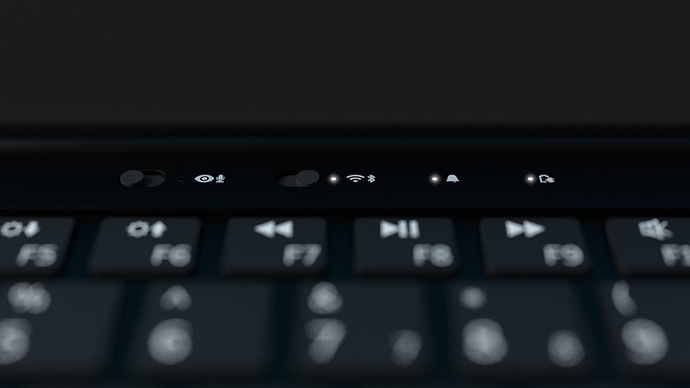 That is very cool

much appreciated sir ! carry on !

With the Librem 14 we have enhanced this kill switch so that it also disables the microphone in the headphone jack while leaving audio out unaffected. That way if you happen to leave a headset plugged in–which is common in the age of quarantined video chats–you can use the hardware kill switch to disable all microphones , even ones connected through the headphone jack.

Does this mean I can’t use 3.5mm microphone or line-in without enabling camera? (i.e., leaving camera and embedded microphone disabled as intended with the microphone/camera kill switch)

But there are also USB microphones and cameras…

I mean - the current function of the kill switch is logical: it disables only built-in stuff, and you know that if you want to disable all the camera/mic IO, you have to disable the switch AND remove any external peripherals.

After this change, you have to remember (or constantly question yourself), which external peripherals are disabled by the switch, and which ones have to be removed manually, which is probably less convenient.

P.S.: btw, does this mean that Librem 14 now supports headsets with microphones? Will this also be the case in the future versions of L15?

Does this mean I can’t use 3.5mm microphone or line-in without enabling camera? (i.e., leaving camera and embedded microphone disabled as intended with the microphone/camera kill switch)

If you want to turn off the webcam only, you can use:
sudo rmmod uvcvideo
And then enable it with:
sudo modprobe uvcvideo

I assume that the kill switch will only cut the wire for the sleeve in the TRRS (Tip-Ring-Ring-Sleeve) audio jack which is for the microphone. That way you can still use the audio jack for audio output.

Thanks, but that wasn’t what I was after

I wanted to record stereo from a 3.5mm audio source (while excluding all
other input), sourced perhaps from a pair of mono microphones on stands,
Y-plugged into a stereo cable, as might be done for recording an acoustic
guitar performance.

Or just getting clean output from FM radio maybe.

I know usb microphones probably have lower noise since the A/D can be
right at the sensor, but old fashioned mike on a cord would be nice too – with
possibility of monitoring with earphones.

BTW, what protection will there be against over-voltage input.
What’s the risk plugging a two-ended stereo 3.5mm cable into
a CD player output and the Librem input, for example?

@puruser AFAIK you can’t record stereo via the 3.5mm audio jack of the Librem Laptops the current versions don’t even have a mono Microphone input on the 3.5mm jack.
From what I read the Librem 14 is supposed to have a standard 4 ring audio jack used by most headsets but the input level is only for a microphone and probably fries the input of the audio chip if you connect that input to a line out or Headphone output.
I expect some protection against static discharges but nothing more.
I’m not sure what would happen if you connect a 1to1 mapped 3.5mm cable between a CD player and the Librem audio jack since then the two audio output driver are working against each other and that might also fry one of them just not sure which one.
I’d strongly advice you to do any recording via an external usb audio adapter, you can get them quite cheap.

@Manuel No worries. Will use suitable adapters and other gear for recording

On my Librem13v4, I just did sudo apt update, then sudo apt install audacity,
which runs and will record when I power the built-in microphone and camera.

When I plug in the earbud 3.5mm plug that I use with my Motorola phone
('til I get my Evergreen

I hear the output, but the microphone on the
earbud lead that the Moto switches to is ignored by the alsa machinery,
apparently. I hope that’s not so with the Librem5: The same OS is
to run on all purisms with an OS, right?

But would that be an actual wiring change for my Librem13v4, so I can’t
hope for a software/firmware update to get me head-phone mike input?

At least, IWT it should be made to work for Librem5/Evergreen and then
be a no-brainer to use the same components and software in the Librem14 ??

Any musicians planning to use Librem14? With what packages? Chime in

which external peripherals are disabled by the switch

Depends on what you mean by “external”. In other words, a mic done via the 3.5mm audio jack is built-in. However I can see that your or anyone else’s perspective might be different.

But there are also USB microphones and cameras

Perhaps you could do those in software i.e. when the built-in mic/cam kill switch is operated, scan through all USB devices and disable relevant devices. It isn’t as good as hardware kill but it may be better than nothing if you are worried about forgetting to physically disconnect USB peripherals.

The resulting user experience is then at least that: operating the kill switch disables all audio/video input, one way or another.

In general it helps to think of hardware kill switches like a circuit breaker on the outside of your house, and disabling devices in software like using a light switch. Sometimes all you need is a light switch as the risks are not all that high (such as when changing out a light bulb). Sometimes the risks are higher (such as when adding a new electrical outlet to an existing circuit) and you want the extra safety you get from flipping the circuit breaker.