Comparing the PinePhone to the Librem 5

It might be their e-ink device, but everybody already knows about that.

they will be using the same modem

The main point being made by Amos was about the SoC / CPU, not the modem.

Pinephone- essential to make a SD card with the multiboot distros, just to tinker and test out the device. Its a fun and interesting experiment, but none of the distros are ready yet for daily driver use as of writing this. Some are so limited its just a novelty like Lune OS for example, can’t do much with that one, but its interesting it could be run at all. I like the convergence package that comes with some Pinephones to create a hub to test out its features and play with linux. As a phone as of now, its not very useful yet, but its lower price makes it worthwhile to pick one up and play with it.

Librem 5- the standard OS is almost there, its very close for me to consider using as a daily driver. Purism has done a pretty good job so far. I have not tried to run other distros as I think the one it comes with is pretty functional right now. I am still new to it, so not sure how well packages run or the how SMS/MMS works, but a few things I have noticed need improvement but its doable, the standard web browser, functional, but some sites have their issues on a mobile screen, also trying streaming type sites like Youtube, I had issues on trying to maximize the video screen. Another big issue right now, the battery life is terrible, even if I am not using the device and just leave it laying around, battery drains like crazy. Like the kill switches on the outside, much better than the Pinephone switches, but Pinephone has more switches. If I can use the Librem 5 as a phone with SMS/MMS fully functional, battery life improves, and the web browser works more like a mobile device than a squished desktop, I would make it my daily driver. Its almost ready.

Pinephone V2 to be announced on October 15th ?

Or Pinephone v1 out of beta…

There was an interesting post on the forum about a year ago: “PineCom - a privacy-oriented handheld communicator”. Could that be it? No specifics though, just wild ideas.

Like the kill switches on the outside, much better than the Pinephone switches, but Pinephone has more switches.

It’s worth pointing out that the 6 hardware kill switches in the PinePhone are less comprehensive than the three switches with Lockdown Mode in the Librem 5. There are no kill switches for the sensors on the PinePhone (ST LIS3MDL accelerometer, Sensortek STK3335 proximity & ambient light (datasheet) and TDK MPU-6050 magnetometer), whereas the equivalent sensors can be turned off in Lockdown Mode on the Librem 5. Another difference is that the Librem 5 has a separate GNSS, so you can turn off the GPS while using the cellular modem (although you have to do that in software, so you are still trusting the software).

Another big issue right now, the battery life is terrible, even if I am not using the device and just leave it laying around, battery drains like crazy.

Suspend to RAM can currently be done on the L5, but it isn’t useful until a bunch of issues get solved and it looks like it is going to take a while. The PinePhone is ahead in solving power management and the ability of the cellular modem to wake up the system when receiving a phone call, so I would say that the PinePhone is closer to being a usable phone today. The planned 6000mAh battery in the external keyboard mod should solve the PinePhone’s limited battery life, although it will be heavy and bulky.

The issue is that the PinePhone’s hardware limits how much it can improve in the future, whereas the Librem 5 has a lot more scope to improve. For example, the PinePhone is never going to be very useful as as desktop PC, because it is limited to USB 2.0 speed and an outdated GPU and VPU, with poor benchmarks. The GPU in the PinePhone also limits its hardware acceleration, so I suspect that scrolling speed and graphics performance in the PinePhone will always be limited, even with software improvements in the future. However, the RK3566 in the PinePhone 2 will solve all those limitations in the PinePhone 1, especially if PINE64 decides to put a USB 3 port in the device. 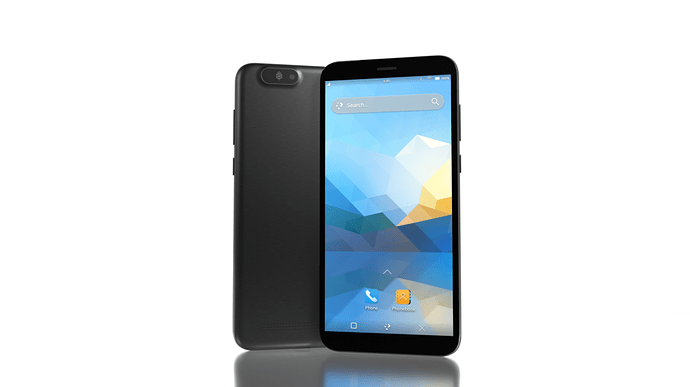 PinePhone Pro, our flagship smartphone and the best way to experience mainline Linux on a mobile device Developer pre-orders are now open Pre-order * Additional charges, such as import taxes and…

So if I am correct, here is a simple hardware comparison of the PinePhone Pro and Librem 5:

better depends upon your criteria. Is WiFi 5 better than WiFi 4 if it’s using a proprietary blob instead of pure FLOSS.

Also, although it may have more kill switches, they are not as easily accessible as Librem 5 since you have to take off the back cover.

Librem 5 it has already Bluetooth 5.0.

better depends upon your criteria

Thank you. I made an edit to address this.

Also, although it may have more kill switches, they are not as easily accessible as Librem 5 since you have to take off the back cover.

Librem 5 it has already Bluetooth 5.0.

Wow, I did not know this. Thank you. I have updated my other comment.

Just to add more i don’t think so that PPP will have the advantage to have a better WIFI or Bluetooth or Modem because this parts are modulars on Librem 5, so now L5 has wifi 4 but tomorrow will have wifi 5 or wifi 6, so on the PPP the wifi 5 it static, and will never upgradable.
Also i don’t think so that PPP will have better “Kill Switches”… the “Kill Switches” of Librem 5 it a huge better que PPP, i know the L5 has only 3 killswitches, but when this 3 killswitches is turned off, it shutdown more sensors than PPP. So L5 HKS-Freescale it a huge better than the PPP.

The main point being made by Amos was about the SoC / CPU, not the modem.

The PPP definitely has a faster CPU than the L5, but the Vivante GC7000Lite @800MHz in the L5 looks like a better GPU to me than the Mali-T860 MP4 @500MHz in the PPP, and the GC7000Lite will be able to run at 1GHz in the future when DFVS is enabled. The only benchmarks that I can find are for the Mali-T860 MP4 @700Mhz (so you need to reduce the scores by 28.5% to account for lower clock speed) and the Mali-T860 MP2 @700Mhz, which has two fewer cores. Given the fact that the RK3399S is a custom chip at slower clock speeds, the PPP needs to be benchmarked to know for sure how it will compare the L5.

The i.MX 8M Quad has a bug which limits its USB 3.0 port to 150-170 MB/s, compared to the theoretical maximum of 640 MB/s, so the PPP will probably have a significantly faster USB port than the L5. I don’t know if the USB port is the bottleneck, but people have complained that 1440p and 4K monitors have low refresh rates with the L5, although that will probably improve when framebuffer compression is enabled.

In terms of the cameras, the i.MX 8M Quad in the L5 lacks an image signal processor and hardware video encoder, whereas the RK3399S has those features, so I expect the PPP to have a significantly faster camera, and the PPP should be cooler and consume less energy when filming than the L5. However, the RK3399 only supports up to 1080p at 30fps (H.264, MVC or VP8), which is the max video resolution/speed that NXP says that the i.MX 8M Quad can encode in software, so the L5 should be able to take the same resolution video as the PPP.

In terms of advantages of the PPP, I would add more choices in operating systems and the mods (external keyboard with 6000mAh battery and fingerprint reader). The external mod connector is actually better in the L5 than the PPP, since it supports more communication protocols, but Purism hasn’t announced any plans to make any mods for the L5. From what XNUX reported, the PPP is going to have faster eMMC Flash storage than the L5.

In terms of the advantages of the L5, I would add: “100% free software in the main file system and executing on the main CPU cores” and “supporting the development of Phosh and improving GNOME”.

Yeap more Low Energy too to L5 with DFVS is enabled.

compared to the theoretical maximum of 640 MB/s

Practical maximum of USB 3.0 is more like 400 MB/s, and depends on several factors.

I don’t know if the USB port is the bottleneck, but people have complained that 1440p and 4K monitors have low refresh rates with the L5,

Nope, that’s not it. The port is USB-C, not USB 3.0. There are multiple protocols within the USB-C port, and that includes the USB 3.0 protocol, but also DisplayPort.

I don’t know about the reports, but older HDMI can’t drive 4K at more than 30fps, which will be the case when using an older converter. I don’t know the reason for slow 1440p, maybe CPU/GPU load.

Interesting. This post on the NXP forum says that the USB is limited to 150- 170 MB/s, but the post is old so it may have been fixed by now.

I don’t know about the reports, but older HDMI can’t drive 4K at more than 30fps, which will be the case when using an older converter.

Note that this only applies to USB 3.0 - having USB 2.0 ports is fine and those can be used simultaneously with all 4 DisplayPort lanes.

Most of our UIs are still software rendered, so increasing the resolution this much takes its toll on the CPU and memory bandwidth. Bandwidth can be limited with framebuffer compression, but that isn’t supported with our kernels yet. From what I know, a reasonably implemented GPU-accelerated UI with compression should be able to get pretty smooth on i.MX 8M Quad in 4K.

I’m currently using my Librem 5 with 1080p screen at 60Hz and it’s a pretty good sweet-spot for me.

But the pinephone pro will cost $400, not my firstborn.