Convergence is a nice thing, but the Librem 5 will probably still not be a battery-endurance-runner until October, and then only one Type C port is a tight thing.

I’m looking for a Type-C USB hub for the Librem 5 that supports at least DP-ALT 1.4 and PD 3.0 on 2 different Type-C ports to charge the Librem 5 and run a Type-C DP-ALT LCD on it at the same time.

Unfortunately I haven’t found one yet; does anyone have a hint ?

I am not sure if it meets your requirements and unfortunately I didn’t find a statement of how big a phone can be to fit in there. So maybe the L5 is to big. Anyway this is what I found: 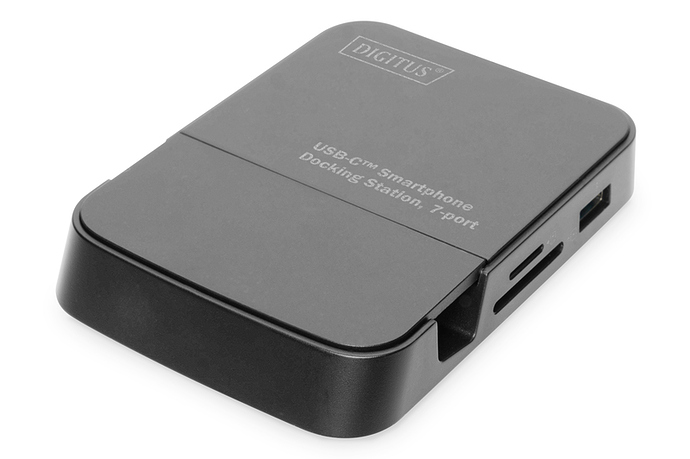 It should be possible with the pictures and the total length to find out how wide the gap for the phone is circa.

I am not sure if it meets your requirements

plus ideally two USB-A 2.0 ports for keyboard and mouse.

At a pinch, HDMI may work if the monitor has dual video inputs and can take video in via HDMI while taking power in via USB-C.

I think that you are on the point. Perhaps this (plus one additional DC charging port) 18-port USB-C docking station suits OP request (?) as it includes (comes with):

Thanks for the proposals.
But indeed it should be at least 3x Type C and not too large.

Backround: I have a mobile LCD Monitor Asus MB16AC, which gets Signal and Popwer from the same single Type C Connector.
Carrying around a mobile LCD, together with a pretty large 14 Bay Hub maybe is a bit odd

And Plugging this to the Librem 5 directly without an USB-Hub - having also Type C PD - then the fun is over pretty soon.

I also thought that in times when convergence is on many people’s lips, this requirement shouldn’t be a problem.
In the meantime, I’ve been searching the web for a few days now, still without any useful results.

I could be wrong because I don’t have such a monitor but I think this monitor is making your life more difficult because it has no HDMI input and also doesn’t have its own power input (and isn’t a touch screen).

The combination of the monitor and the Librem 5 will be fairly demanding on power.

Maybe the ideal combination for you is a monitor that has its own power input (doesn’t matter whether it’s a standard barrel connector or a USB-C port dedicated to power input), has video input via one USB-C port which also supports supplying power to the Librem 5 via that port, and has two USB-A 2.0 ports for keyboard and mouse - if you need them (you haven’t said). In other words, a monitor that integrates the USB hub. (The NexDock would be quite good for that, as a slightly different approach, but is only a 13.3" screen.)

Thanks for the well-meaning help, unfortunately I don’t live in an ideal world and I still want to use my USB-C monitor and not use an alternative new one.

So should anyone find a USB hub that …

… fulfills, I am grateful for any tip, especially since my Librem 5 arrived a week ago and the combination USB Type Monitor on the Librem 5 sucks the battery extremely fast.

only one Type C port is a tight thing

I found this curious too… knowing already how big the phone is, would it really have made it that much bigger to put in a second USB-C port? Maybe just a “charge only” port? Can anyone speak to this?