I have a very old USB stick, 8 GB. That has a secondary drive everytime I insert it called F: while my storage drive is D:

I wonder if this should be a concern, and most important how I can disrupt/remove it. I have tried Linux GParted, Windows DiskPart, Windows DiskManagement and nothing works. I was just thinking about opening up the plastic around it and seeing if there are hardware placed. 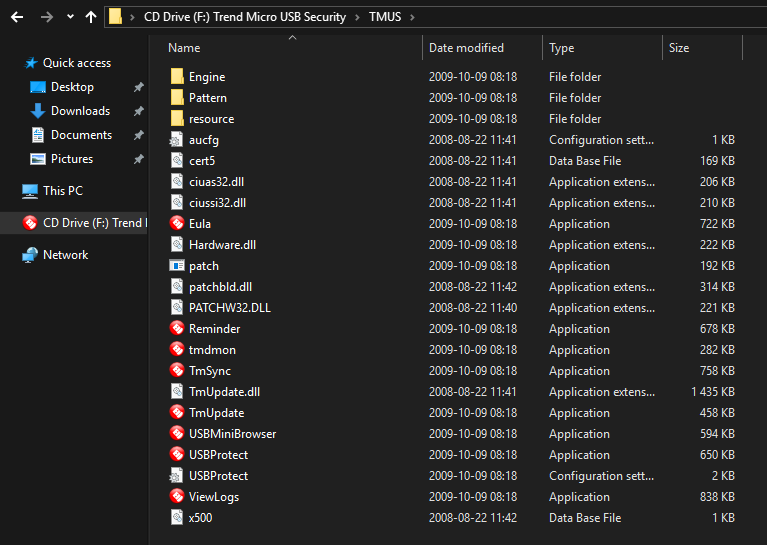 I succeeded to remove this “CD drive” (software) from my Cruzer Enterprise, but this was long time ago (not sure how). Try this one: http://u3-tool.sourceforge.net/ or very same method. If not helping, at least this gives you same idea. Perhaps launchpadremoval might work for your USB stick, just try it or … eventually you’ll suceed (or not).

I wonder if this should be a concern

Under Windows, maybe it is a concern. It depends on whether more recent versions of Windows have disabled this functionality by default. It has been too long since I used Windows, so I couldn’t guess what version of Windows you are using.

Under Linux, probably not a concern. I expect that none of the software on the “CD” part of the drive will work at all under Linux and it is very likely that Linux would not try to execute the software anyway.

It depends on whether more recent versions of Windows have disabled this functionality by default.

When I write Linux to Flash drives. Often they have a boot sector which is one partition name, and another with the Linux Payload, and perhaps, there is an open area on drive I might try to partition and use, which would have a third letter for a name.

If you made it all one contiguous partition again, when you write Linux you will likely have two sectors again. One is a boot sector with one name, like D, and the second is the next letter in alphabet, which has the Linux payload.

That is normal. Embedded malware in the USB is another subject, which I know little about. Used to have some Windows Security software to do things with USB to prevent USB malware.

This isn’t partitioning. Follow the link for U3-tool above to the linked U3 disambiguation Wikipedia page to the U3 software Wikipedia page. This is unfortunately more “evil”.

If it were just partitioning then gparted would be able to fix it.

If you wanted to remove it, in a Linux terminal, couldn’t you just

I have done that before to completely wipe a USB drive. Oh, and fair warning, this will wipe the entire drive.

I wish that dd if=/dev/zero helps, yet I don’t think this is usable method here, almost 100% sure. But, you are right anyway, as second step it is highly recommended. I guess such drives were not cheap and sold sometimes even with single-level cell (SLC) memory type.

Hopefully we will have adequate solution/feedback soon from Nami or from someone with very same USB flash drive (it just looks like USB stick) partitioning experience, recent/real one. Anyway, as long as and if dd if=/dev/zero helps right away I don’t mind loosing.

No! This is more subtle than that.

So in effect the storage is partitioned behind the scenes in such a way that you can’t get rid of or alter the contents of the first partition, the “CDROM” - at least, you can’t do so via the normal mass storage class device interface.

The icing on the cake for Windows users is that Windows is supposed to run an executable that is stored on the “CDROM” automatically on insertion of the USB drive. Hopefully everyone can see the potential security issues with that!

In theory, the same might happen for Linux but for a number of reasons I doubt that it would happen for Linux, and I suspect that the functionality (of running an executable) was also disabled long ago by Windows.

Wow! I had no idea there were USB devices like that. Thank you for the education.

how can the average user figure out to distinguish between the good and less desirable varieties ?
i mean BEFORE they shell out cash for the product … is there any way to tell ? just read reviews from people that were ALREADY “burned” ?

how can the average user figure out to distinguish between the good and less desirable varieties ?

A few answers that don’t answer the question:

For the former (legitimate but undesirable):

Honestly, if I bought a batch of random USB flash drives and they were using this functionality, I would send them back for replacement or credit.

For the latter (malicious):

Maybe @Nami can post a photo of the USB flash drive and, less plausibly, its original packaging.

indeed. i would ask @Nami if he/she could post this information here so we have less trouble speculating …

I have never encountered one that behaves like the one described above.

Honestly, if I bought a batch of random USB flash drives and they were using this functionality, I would send them back for replacement or credit. 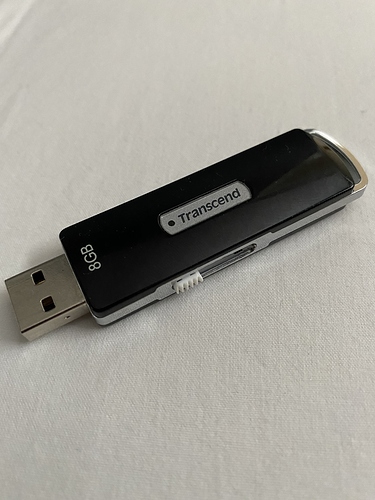 Is there a model number on there somewhere?

This USB Flash uses Alcor Micro AU6988 controller. Here is direct link to original MPtool that might remove this CDFS partition, but I’m not familiar with.

Hmmm. Worried about the security implications of this kind of flash drive and have to run random blackbox software to fix it?

Ooh. That’s nasty. No indication at all that the flash drive might harbor malware.

I believe our goal is to remove TMUS (on CDFS), meaning just trying to remove CDFS from TS8GJFV10. From that standpoint Transcend JetFlash Online Recovery should connect to the online firmware database without real installation into the Win10, I think. Here is another link to AlcorMP JetFlash Online Recovery (v7.0.0.25) if CDFS (iso9660) still exists after using the original one from Transcend (*The repair process will delete all data stored on your flash drive.) As I cannot test things on this particular UFD, I just hope it will help @Nami to get rid of TMUS belonging CDFS and gain this USB Flash Drive original state back to factory default, default state as defined from manufacturer side, nothing else.