Continuing the discussion from [MyL5] Received my Librem 5 (Evergreen):

After applying today’s kernel update which includes the change in current regulation, I can confirm that charging time was reduced.

For this test, I charged the phone in a power-ON state from 29% until the red LED indicator went off. It took 3 hours exactly, which is significantly less than before.

After next drain, I will retest with the phone in power-OFF state and report back here.

As a reminder, my L5 has been requiring 4 hours or so to charge up, depending on its state of depletion and ON/OFF state during charging.

Edit: Whether an isolated incident or not I don’t know, but the device felt cooler than normal following this charge. 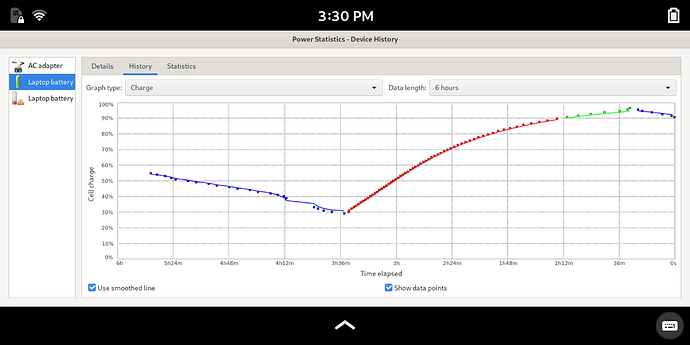 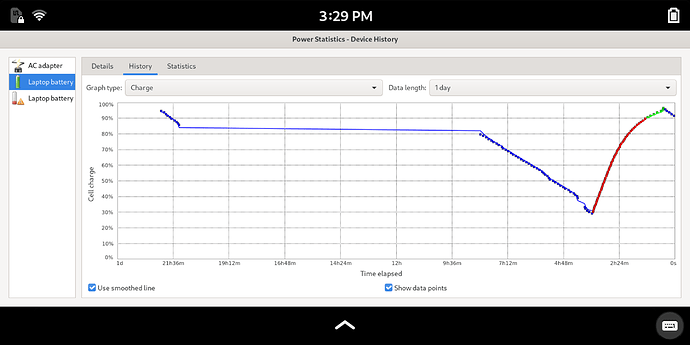 PD is cooler. Power-Delivery technology always is tracking the temperature of the phone constantly so if the L5-charger-PD detect that L5 is too hot when is charging, the charger reduce the voltage to get the right cooler to protect the life of battery and L5

. Also when the L5 is full charged the charger already know and shutdown the power from source to keep the L5 safe. Many good features by using p.d.

retest with the phone in power-OFF state

OK…weird. This charge from 29% to LED-off in the power-OFF state took longer: 3 hours and 24 minutes. 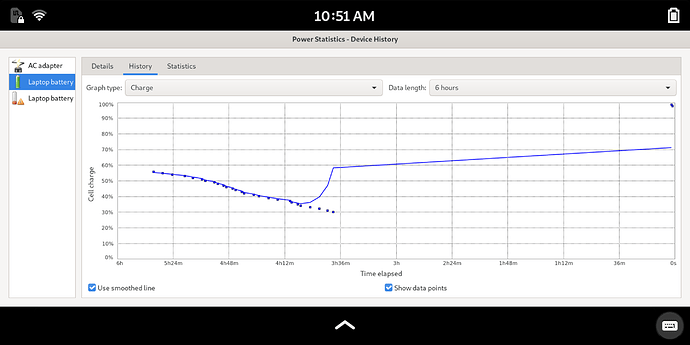 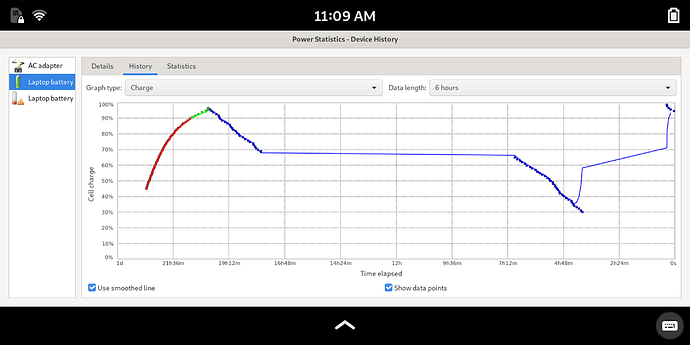 You may want to do a couple of repeat tests on both. I have a feeling that may reveal something. Is there a reason you do it from 29% and not dead empty (or close to - I know it’s not supposed to get drained out)?

For the first test, I had planned to start charging at 30%, but I only caught it at 29%. For consistency, I started at 29% again today. And you’re right, I’d rather not drain to empty if I can avoid it.

Have you ever seen over 95%? Looking at that first graph, it doesn’t seem to reach 100%. I’m wondering if this is battery related or measurement accuracy or some charging limitation.

Yes, I have. Line smoothing could account for what you’re seeing in the screenshots - see the dot readings clustered around the top.

Or the app could be inaccurate. Sometimes the graph differs slightly from the Details page in the app, too.

Or maybe the phone’s LED indicator doesn’t always extinguish at the right moment/same moment in the charging process.

Or maybe I’m already wearing out the battery!

Well, you are using it for a large part of the community, so it stands to logic(fallacy) that it’s taking on the pressure of hundreds - if not thousands - of potential users running their imaginative L5s. In essence, you’re wearing out your battery at 100x rate, so … maybe? (I hope not)