Edit: See further down the thread for non-YouTube options for viewing the video.

Sorry to link a Scroogle site, but… 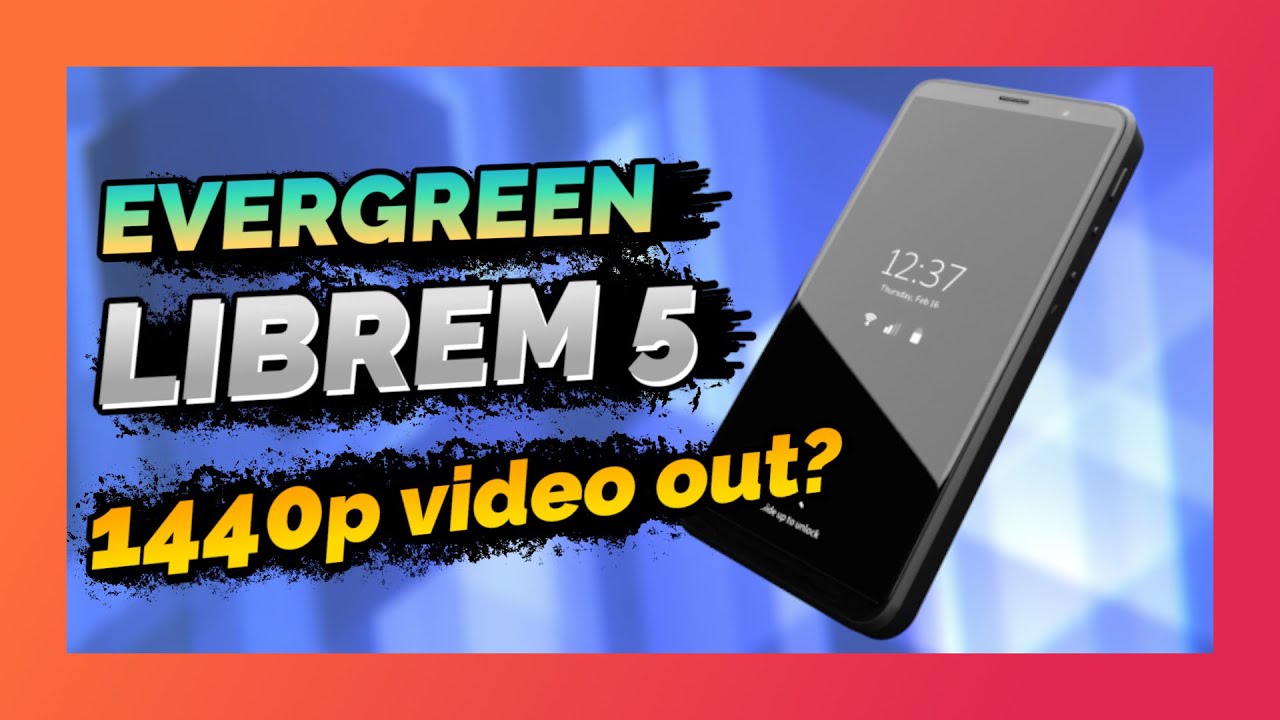 Preemptive reply about the screen protector: apparently (and this is something I didn’t know myself) both screen protectors that ship on the Librem 5 are just intended to protect the Librem 5 during shipping. You are supposed to remove both once you get the device. We are looking into a way to make that more obvious in our documentation.

And there are the usual clueless commenters, of course, but whaddayagonnado…

Sorry to link a Scroogle

No need for that, it’s on odysee.com as well:

just intended to protect the Librem 5 during shipping. You are supposed to remove both

Why this? I would like to thank you for the added bonus, but now I’m curious, is there something wrong with the screenprotector? Why not use it as long as it stays good?

is there something wrong with the screenprotector? Why not use it as long as it stays good?

You can certainly keep it on there if you want, it’s just that it was just designed to protect the screen from scratches during manufacturing and shipping. If you don’t have dust underneath (or if you do and don’t mind it) then sure, you can keep it on.

Oh, I had the impression the comments are really nice this time.
Personally I really like this video, this device has so damn much potential. It just hit me hard when seeing once again the GNOME upstream bug with the problems while fetching updates, it’s like older than time and that’s possibly a nogo for many people.

I’m honestly ok with the thickness, just have to find a otter case to fit it LOL as I do drop on occasion. Otter cases to me are worth every penny. Just how break/impact resistant is the case and glass on the L5?

I have an L14 on the way and now need to somehow decide though if I want to order an L5 now, or wait for the next hardware version.

When I get mine, a full episode on my podcast about it <3

Since he did some reviews and meeting stuff with Todd, maybe he told there when he ordered.
Does anybody know?

I’m honestly ok with the thickness

I’m OK with it too, it actually makes it feel good and solid when you are holding the phone. I mean, our laptops are also a bit thicker than some alternatives, but in both cases it’s because there were things we aren’t willing to compromise on that other companies are (modular components in particular) in the name of thinness.

In my personal opinion, the trend Apple started with focusing on thinness of laptops (at the time they had to have some way to distinguish their Intel hardware from competitors since they couldn’t do it with raw specs) absolutely ruined laptops because most other vendors just follow trends Apple starts. This trend is what led to batteries/RAM/disk that you can’t upgrade, as well as minimal number of ports that require you to buy dongles. All of this plays directly to the vendor’s advantage since it means you are more likely to buy their more expensive RAM/disk upgrades at initial purchase, knowing you can’t change them later, and buy branded dongles to get things like Ethernet or video out.

You are supposed to remove both once you get the device. We are looking into a way to make that more obvious in our documentation.

Come on, why that? I have to remove the original screen protector to put on mine? Please simply put it on without dust underneath it an we all will simply use it until it’s dead.

Agreed on all of this. And I do love that the 14 has upgrade capabilities for the end user to prolong it’s life for quite some time. You may be getting posts from folks 10, 15 years from now with 14’s still going strong.

I’d take a thicker L5 in a heartbeat if I knew I could later upgrade RAM, HD, battery, etc.as I know the software will continue to be improved over time. But will whine and worry endlessly until I find a good protective case and screen protector LOL

We don’t really have much control over that. It’s the display manufacturer who puts the protector on.

We don’t really have much control over that. It’s the display manufacturer

So if you put the phone display into this table, then it will have a No under Accepts input from Purism?

I am really not sure if this video do justice to all efforts behind this product.
Purism will do well by putting together a professionally done marketing package for Librem 5.
I am sorry to say but this video is like Rudolph William Louis Giuliani defending Trump’s re-election.

I hope I receive my phone soon.

We don’t have control over how independent reviewers review our products, or what aspects they choose to review. We’ve created plenty of videos of our own (published both as posts on our site and on our Youtube channel), some more like professional commercials and others more as HOWTOs aimed at the community. But many people would much rather see what an independent third party thinks instead of just what we think, which makes sense.

I know you have been doing a good Kyle and I commend you.

One thing I will say is that the weight is precisely balanced; it’s not going to flip out of your hand accidentally.
@Kyle_Rankin