I have some questions regarding closed source hardware.

I would say that the answer in all 5 cases (for Intel) is “yes”. Closed.

are their designs publicly available for anyone to check and verify ?

They are certainly not verifiable. Therefore they cannot be known to be safe.

Given the moderate number of bugs that have emerged (for Intel), I think we can say that they are known not to be safe. However we can’t say whether that is intentional or unintentional. Most likely the latter.

In the case of the software for the Intel homunculus CPU, Intel goes out of its way to make it unverifiable.

Yes, but it may not be the most effective approach. Particularly in the case of silicon, if you embed malware then that malware is embedded permanently for everyone, including yourself and your “friends”. In other words, it is a very untargeted approach. You could easily shoot yourself in the foot.

Firmware and software are more desirable approaches i.e. anything that can be updated - so that the backdoor can be targeted.

I can think of one exception. A proprietary hardware solution with a normal 25 year patent. It protects the hardware manufacturer for 25 years from unfair completion (as intended). After that, it is fair game and can be rolled into the above post. (And the customers can determined if they have been fooled for 25 years.)

Are Intel and AMD CPUs closed source ? and are their designs publicly available for anyone to check and verify ?

In addition to what @irvinewade said, I would add that both Intel and AMD have copyrighted reference designs for circuit boards using their processors, which every PC maker uses to some degree when designing their computers. Because Intel and AMD don’t allow PC makers to publicly release their schematics, there are no x86 PCs on the market with published schematics. However, you can occasionally find leaked board layouts for some models, and System76 will provide the schematics to their customers who ask for them and provide the serial number of their PC, but System76 (Clevo) doesn’t allow them to be published. Therefore there are some people who have been able to look at the schematics and board layouts for x86 PCs, but not the general public.

You need the schematics to understand how each wire is connected and the board layout to see where each component is placed on the circuit board. If you want to be able to repair a device or use a multimeter, oscilloscope or function generator to test components, then it helps to have the board layout. If you want to detect inserted spy chips, you need x-rays of the boards, so you can x-ray your own device and compare it with the published x-rays.

Here are the current computing devices with some published info on their hardware, that I know of off the top of my head:

If your concern is inserted spy chips, board layouts and x-rays may help you discover that, but I think that it is extremely unlikely that end-users (not servers and routers) have to worry about inserted spy chips for these reasons: 1, 2, 3

Can x-rays help us reverse engineer the CPU and make a detailed 3d model of it ?

Can x-rays help us reverse engineer the CPU

You can delid a processor and take photos with a metallurgical microscope, and even use acid take off the top metal layer to get a better photo, as explained in this blog post. If you are looking at processors from 40 years ago, it was possible to see the individual gates in photos, but not with today’s processors that have line widths as small as 5nm. With today’s chips, you are just going to be able to identify the different blocks in the chips, as Tech Insights does in this article: 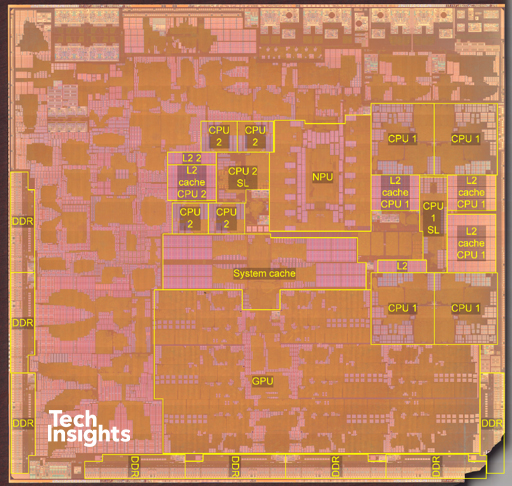 There are companies that can do cloning of circuit boards. They separate the layers in a printed circuit board to take photos of each layer, so they can recreate it.

By the way, if you want to legally “reverse engineer” something, you have a “clean room” (Chinese wall) where one team examines the product and then writes a spec that describes the product. Then another team recreates the product based on the spec, so they can’t be accused of stealing the intellectual property by copying, since they never saw the original product.

it was possible to see the individual gates in photos, but not with today’s processors that have line widths as small as 5nm.

It is possible to see the gates with a scanning electron microscope, but chips consist of many layers so it doesn’t do you much good to get an image of the topmost layer. Here is a cross-section of an Intel Core 10nm chip with 13 metal layers: 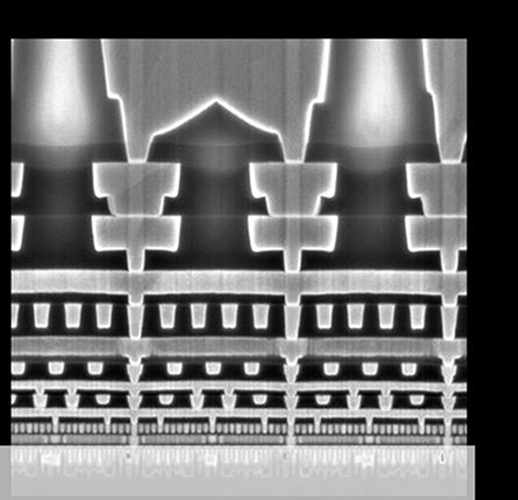 Very usefull and insightfull read. Thanks

Even if is open source, it can be subverted during fabrication:
Can You Insert Hardware Trojan Spyware IP into an IC at the Fab? Yes 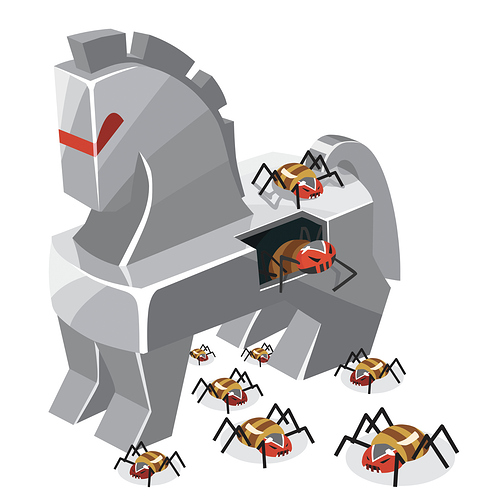 Can You Insert Hardware Trojan Spyware IP into an IC at the Fab? Yes, You Can

Suffice it to say it would take a sophisticated actor to do so. So either you discover who the bad fabs are (by accident or by test?) or assume all fabs are bad actors. Meaning the industry has been compromised everywhere.

If the latter, can lead to interesting situations. What happens when you have two (or more) bad actors attempting to insert spyware into the same chip? This can lead to turf wars. Or have the ownership lines already been drawn? (Like well organized genteel mafia families?)