Is Fir going to be mass production of L5 V.2

Or is it going to be a roughout similar to aspen batch of V.1 ?

All I know at this point, is that based on Evergreen, Fir will most likely something I’m going to buy as well. (and any additional subsequent models) I don’t need the phone dimensions to change. I just want more ompf under the hood.

Sorry not much help to your question.

I’m very much looking forward to my Evergreen.

Yea , I’m going to be ditching android for good and I needed a real world battery life and the new Librem is allegedly going to have a more power efficient 14nm chip . I wish I had another 700 or whatever it is to get a V1 evergreen .

I’m skeptical that a Fir batch will be produced, since we’ve heard almost nothing concrete from Purism about it and considering how long it’s taking for the Evergreen batch to roll out.

Produced in the immediate future (2021?) agreed, probably not since it seems likely it’ll take them a few more months at least to clear the backlog of Evergreen orders and they’ll presumably want to continue selling it for a while after that before incurring new costs.

But I can’t see why they wouldn’t iterate on the design further and produce a Fir batch some time after that.

I think they need to see how the Evergreen sales go before they start thinking about Fir. They need a war chest to bump the hardware up to the next level. Just my $0.02

Fir, is a model for the future. At the moment we are focused on the L5v1. Once we finished with Evergreen (ramping up of shipping, which includes testing of iterations, certifications), we will focus on Fir.

I’d assume the difference to Fir will not be bigger than Dogwood -> Evergreen. So, they could have one or two internal batches to proof those changes and then ship. (I mean, there were also no alpha Librem 14 batches)

It’s not that simple at all: https://source.puri.sm/Librem5/community-wiki/-/wikis/Frequently-Asked-Questions#71-what-will-be-the-changes-in-the-fir-batch-and-should-i-wait-for-it.

I would agree with this because they are not using manufacturer provided circuit blocks so I’m assuming that Fir will be another ground up build, albeit with the experience of the other iterations of the phone it should take much less time to develop it, but Puri.sm isn’t Samsung so they must be careful not to overextend themselves. We want them to be viable so they stick around for a while!

I think that the Fir batch will be quite different in many ways. The phone itself may or may not be all that different from Evergreen. But the culture and expectations are likely to be entirely different.

I would not have pre-ordered a Librem 5 if not for the fact that Purism had successfully released several laptops and had satisfied customers and a loyal following already. My Librem 5 pre-order was in my mind, a high risk purchase. Even as a believer in the social purpose, some of my common sense had to be put on-hold, as I have continued to support Purism’s work while waiting for the product to be developed. It sure appears now that my fears and skepticism were likely unfounded. Purism is starting to fulfill on a miracle task. But once their sales pipeline has caught-up to real time, Purism will have proven themselves in the market. The next phone will only require incremental improvements and not a miracle. It won’t require much faith for most people to make these purchases from Purism if Evergreen is successful, and they are in the home stretch right now.

Things should get much easier for Purism after most of us have our Librem 5’s. Personally, I intend to purchase a few more of them, just to start. There will be a flood of new orders that Purism may never catch up on before they release Fir. How will Purism produce several million phones? Undoubtedly, Purism will have access to relatively unlimited funds if Evergreen is successful. The culture and expectations will be quite different.

Oh wow , so that dont sound like 2021 , more like 2022 or 2023 … If I’ve been kidnapped by the CDC for refusing covid vaccine by then will you ship to a isolation facility ? hahaha Second thought they probably wouldnt allow that . Maybe youll just end up with my money . haha

will you ship to a isolation facility ?

you’re already in the isolation facility … 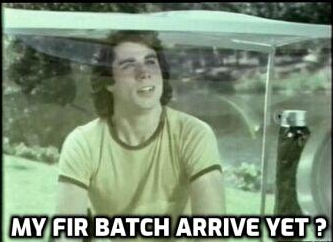 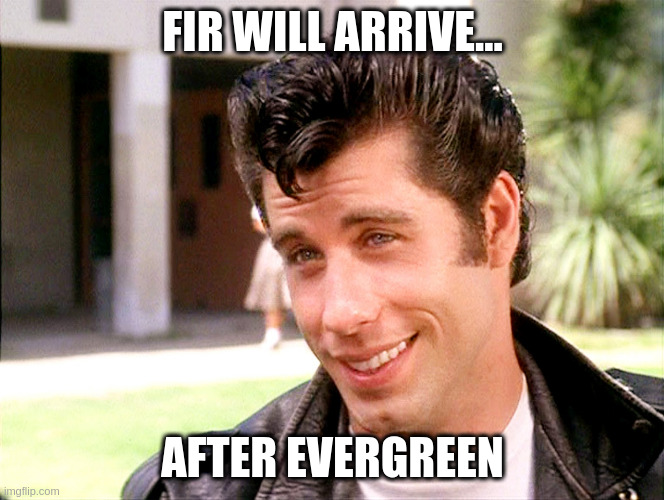 I’m not sure if “greased lightning” is the mental image I want for Fir! How about Sam Cooke’s classic?
It’s been a long time coming, but I know a change gonna come! How about Sam Cooke’s classic?

Sounds good to me

Everything good needs a bit of time. First focus on the things at hand. Evergreen hardwarewise seems polished so far. More things are already announced to follow software-wise. After that - which also will take quite a bit of efforts - Purism has made its experiences with developing, producing, delivering and maintaining a smartphone. Based on those experiences new thoughts and ideas will follow.

Before ordering my evergreen I contacted them about Fir on June 11th an got this response,

“Development hasn’t started on Fir yet as we are still finishing our
Dogwood batch and then pushing towards Evergreen. As such, we have no
dates for Fir since its a phone in the future, to be a new version of
the Librem 5. We mentioned it to let people know that we aren’t stopping
once Evergreen ships.”

It’s safe to say that Fir depends on how much revenue they make from evergreen and if the demand for a second model is there. I would assume that once the major software elements to support evergreen users us tidyed up, they will start on Fir mid nex year, if the sales figures support it.