I have the same issue with Librem 13 and PureOS. I got the keycode 43 for Pipe and Pound Sign on a german keyboard. Udev rules or setting the keycode doesn’t work.

It’s completely ridiculous that this has not been resolved on a hardware or firmware level yet. It’s dissapointing that there has yet to even be a public announcment, or note in the “getting started guide” that one of the most common keys for developers doesn’t work by default. This is a huge problem for me because I regularly use iPXE to boot liveCD’s on my Librem.

I have a buspirate and have remapped keyscancodes on a ThinkPad T430S using tools by Hamish Coleman and would be interested to see if I could do it again if Librem would provide any details on the Embedded Controllers interaction with the keyboard.

I regularly use iPXE to boot liveCD’s on my Librem.

@cmorche: Do you use it as a coreboot payload with the integrated wifi card?
Do you know, if that would work with USB 3.0 ethernet adapter well?

Unfortunately I still use it by booting from a live USB, however I did integrate iPXE into the Coreboot image for my ThinkPad T430S and it was able to boot from other network devices. If the drivers for your device aren’t included I think there is also a switch you can use to compile iPXE with more drivers.

As for the key presses being sent incorrectly. I’ve done a bit of digging and found that the Librem laptops all use a “ene KB3930QF-A1” microcontroller to handle the keyboard matrix translation. This microcontroller was also used a part of the One Laptop Per Child project, so the datasheets have been made public.

I’ve also found a tool used for reading and writing to the EC firmware on kakaroto’s Github and was able to successfully dump the firmware of my controller. The instructions all run on an embedded Intel 8051, so I am working to disassemble it now, but running into issues… 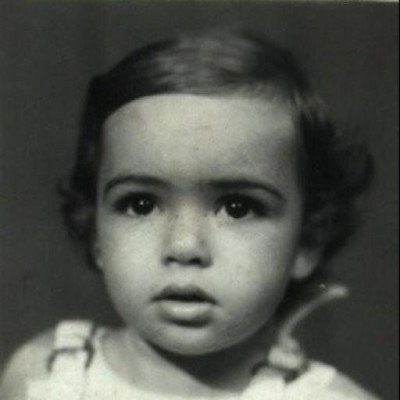 As part of the OLPC project they released the firmware used for their KB3930 embedded controllers, and much information on how the keyboard matrix is handled can be found in the files “keyboard.c” and “keymapping.txt”. If Purism would release the source code for their implementation of this microcontroller then we would be able to alter, compile, and flash it back to the laptop to resolve the mapping at a hardware level.

Hopefully the source code for the Embedded Controller used on the Librem laptops will be released, in which case it would be trivial to make this correction.

Sorry for the tripple post. I figured out how to disassemble the embedded controller firmware into Assembly, however I will not release it until I have approval from Purism.

In the meantime I’ll be l learning assembly!

@cmorche: Thanks for the tip! I also use iPXE on an X220 with Coreboot.

Maybe we should ask @kakaroto to include an option for additional payloads into their script, so that you can configure iPXE and additional settings for e.g. driver.

I figured out how to disassemble the embedded controller firmware into Assembly, however I will not release it until I have approval from Purism.

I spoke with Youness/KaKaRoToKS via email and he informed me that they do not have the source code for the embedded controller after all, otherwise they would have released it.

I was however able to use an Intel 8051 disassembler called B52 to convert the dumped firmware into Assembly code.
You should be able to do all of this on your own Librem (at your own risk, and only using the read switch). I am not sure on the legality of posting the reverse engineered source so I will abstain from that until given further notice.

Youness very strongly discouraged any movement on this project as there is not a feasible way to recover the embedded controller from a bad flash. At this point, I am mainly interested in understanding the Assembly functions within the attached code from my Librem 13v3. I think the best bet would be to compile a similar EC firmware intended for the OLPC, then run it through the same disassembler just to see how they compare. Please note, I am a novice reverse engineer so take all of this with a grain of salt.

I did also receive the below message from Youness regarding a new EC firmware that would be open source. I’ve pasted the content of his reply below.

The good news is that we do have the developer of Origami-EC working
on finishing his project and making it work for the librems as well.
You can also read this thread for more information :
https://www.mail-archive.com/coreboot@coreboot.org/msg51060.html
(the new thing from there was that Paul K is now working on porting
origami-ec for the librems).

Youness very strongly discouraged any movement on this project as there is not a feasible way to recover the embedded controller from a bad flash.

The EC firmware and the coreboot image is on the same flash chip (MX 25L512E)?

No, the EC firmware is much smaller 64k I believe. The EC only handles things like sending keystrokes to the OS, interfacing with the battery and power states, etc. The chip that holds Coreboot is completely separate and that chip can be reflashed fairly easily. The EC, however, cannot.

Thus I don’t see any progress being made on this unless Purism is able to offer some information, like did they just purchase off the shelf embedded controllers, or did they work to customize the firmware for this laptop?

Check out my blog if you want more information on the seperation of the BIOS and EC, specifically with ThinkPads.

This thread and https://ubuntuforums.org/showthread.php?t=1325093 led us to a solution:

I was flummoxed by Qubes requiring this command in each app/template VM as well as dom0, but putting this in a startup script is a viable workaround. There are probably many ways to fix this issue!

Put this in the file.

Thanks to logicprobe and dirkx …

This is being tracked here: https://tracker.pureos.net/T431

See my above post. There is a workaround that you put in one 2-line text file in qubes’ dom0 in order to fix the entire system.

Note, the file can’t have a trailing newline, and there is a single space before KEYBOARD_KEY - once I fixed those and ran the two commands again, I got pipes and backslashes immediately - thanks! If you’re running qubes, do this in the dom0 terminal. All other vms will be affected immediately.

Hiya
I’m stuck on this too. Bought my laptop in March.
First I tried:

sudo chmod 750 /etc/rc.local
sudo chown root:root /etc/rc.local
sudo reboot
It seems to be working, but I tried it twice, with no effect.
typing the sudo commands doesn’t seem to do anything much except of course sudo reboot reboots the whole computer (I kind of miss the windows option to cancel the reboot in case I forgot I had some other stuff opened that I hadn’t saved. But, to be fair reboot is what it says on the tin).

then I tried @Snorlax’
xmodmap -e “keycode 94 = backslash bar”
both in the tilix normal command line and as a super user, but it just reads: 'No protocol specified xmodmap: unable to open display ‘:0’(as super user) or it just doesn’t do anything in the tilix terminal.

I also tried evdev:atkbd:dmi:bvn*:bvr*:bd:svnPurism:pnLibrem13.2* KEYBOARD_KEY_56=backslash
in sudo but it returns
could not find the database of available applications, run update-comand-not-found as root to fix this.

As obviously a lot of new Librem owners come up with those problems, it might be a good idea for Purism ( @mladen ) to collect the really relevant informations and bundle them in an obviously easily to be found spot (eg sticky thread, …).

That way purism would help sort out problems introduced by purism in a more easy manner.

(I already started messing up my system and lost track - pipe still not working on german keyboard. Probably it’s by far not me alone)

This is still an issue for me on a UK lib rem 13 v 2. I have the patched code in /lib/udev/hwdb.d/60-keyboard.hwdb and added a rc.local as above but still no luck. Any more ideas?