I am trying to decide whether to go with the v4 Laptop or wait for the Mini-PC.

What has been your experience been with using the 15" version 4 Laptop?
I would like to know about durability and also handling graphics intensive video work.
I would also like to know how to take better care of the laptop so the common issues don’t happen.

Or since the Mini-PC has more graphics power, should I wait and save up for it instead of the Laptop. Please give your best guess, with the following in mind. the Mini-PC is built using what was learned building the laptops.

If you are considering the Mini, as an alternative, then presumably you are looking at a more static, desktop replacement, type scenario - so durability may be less of a consideration.

Desktop replacement can do bad things to laptop batteries.

I think they are both Intel UHD 620 - so not much difference there. There may be a difference in 4K UHD @ 60Hz (HDMI 2.0) i.e. supported on the Mini but not on the laptop with external monitor.

wait for the Mini

Hopefully not much of a wait. Should already have started shipping but there is no confirmation of that so I would assume hasn’t started shipping. If you are considering ordering one, you should ask Purism formally via email about current known or planned shipping date.

Another option is to wait for the Librem 13/15 v5 that is expected to be released this year. Purism hasn’t said what generation of processor it will have, but they have confirmed that it will have 4 cores. I assume that it will be at least as good as the 8th gen Core i7-8565U (Whiskey Lake) in the Mini.

From what you are saying, then it would be good for me to wait for the Mini-PC.
Especially since It has external monitor support.

Also, from my perspective, the USB 2.0 connections it has, will make it easier for my accessories to continue to be reused no problem. Like the Yeti Microphone and Wacom artist drawing tablet (which I can use via the Linux Wacom Project) I bought.

I could wait for the v5 Purism Laptops, but I do need external Monitor support. So I will go with the Mini-PC, based on what Kieran said.

The laptops each have a hdmi output, and can support external monitors, so that isn’t something exclusive to the mini.

This would be a good update, that would encourage me to buy another laptop. I’ve used the whiskey lake chip and it is a pretty significant upgrade in terms of performance.

@2disbetter How much of an increase in performance have you seen? I would like to know because I will be doing Video production work for my future business.

Listen, I’m not trying to discourage you, but I don’t know of anyone looking to do video production on Intel based graphics. Most don’t look to a laptop either.

I cannot give you a quantitative answer to your question though. I just know there are double the available threads and the clock is slightly faster.

I would encourage you to look at a desktop and a dedicated gpu. System 76 has the Thelio which would an excellent platform for your intended work flow.

There are Linux laptops with dedicated graphics cards, such as the System76 Gazelle, but if you are going to do much video editing, you want a lot of RAM and a good dedicated GPU, and that gets expensive in laptops.

If you really want a mini PC, there aren’t many with dedicated GPUs. The best graphics that you can probably find in mini PCs is something like this model with a Ryzen CPU and integrated Vega GPU.

It is cheaper and you get a lot more horsepower if you build your own desktop PC and install Linux. Avoid nVidia GPUs if you don’t want to use proprietary drivers in Linux. 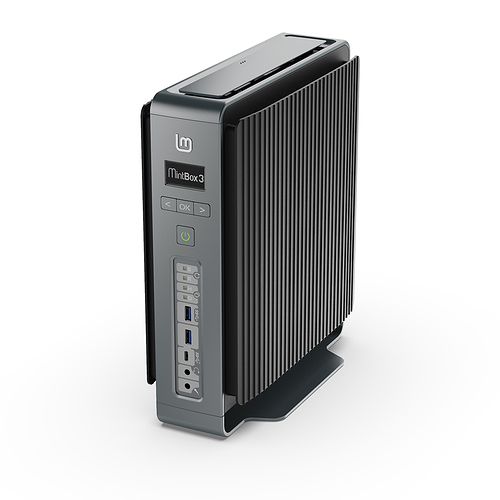 That is one heck of a machine. Totally silent and yet powerful.

It is, it’d be a helluva gaming box that’d fit right next to the TV, but that (understandable) price tag…

Especially since It has external monitor support.

Especially since it has better external monitor support.

Fixed that for you.

I did not mean to confuse but the laptops have external monitor support but they are limited to 4K @ 30 Hz (HDMI 1.x) at the current time whereas the Mini can do 4K @ 60 Hz (HDMI 2.0), reportedly. You would have to have a 4K HDMI 2.0 monitor before this is even relevant but, for video production work, you might have such a monitor and it therefore might be relevant.

I just know there are double the available threads and the clock is slightly faster.

Whether cores and threads are relevant depends on whether the software is written to take advantage of multiple cores/threads. That’s why I gave two comments: one on single-thread comparison and one on multi-thread comparison.

The current laptops appear to be designed around getting good runtime on battery between charges.

As others have said, I think @Jonathanta needs to have a hard think about the use case. Will most usage be on the go? Will most usage be chained to a desk? For hardcore performance you don’t want to have to worry about power consumption or batteries. How does juggling open source, purity, performance, cost, … play out? For most people there are compromises.

Avoid nVidia GPUs if you don’t want to use proprietary drivers in Linux.

For many years, I’ve used an nVidia GPU on a laptop that runs Linux, using the closed source driver (yes, there’s a compromise

). A dedicated GPU is also harder on the battery than Intel integrated graphics (another compromise

One thing you absolutely need to be confident of is that you can reestablish the proprietary driver in the event that things go south after a version upgrade. It is, unfortunately, quite common that after a version upgrade, the system has reverted to the open source driver (nouveau) and booted in VGA mode. This is not ideal for a Linux newb. (By version upgrade, I don’t mean the week-after-week minor updates and patches. I mean an actual change of version number.)

Thanks for sharing the necessary break down of what I really need to consider. I haven’t built my own computer before so this is definitely new territory. I didn’t know that owning a linux system could get that advanced (changing the version number for drivers because of an update).

What would you recommend I do to understand linux better before getting such a graphics intensive computer like those you recommended?

Edit: Pardon the delay in response, I had to take care of some college assignments.

Edit2: With what I want to accomplish, system 76 with the PopOS! looks like a better deal to me. I like the combination of security, STEM, and Creative Application use configured into the System76 software. I will save up for a System76 desktop computer instead as it has more features between hardware and software choices, that I need. So I won’t be using Purism computers after all.

What would you recommend I do to understand linux better before getting such a graphics intensive computer like those you recommended?

It’s not that difficult to sort out the nVidia driver mess every 2 years. It’s just a few commands. However it is far better to know what those commands are in advance. If you haven’t organised that then you would need to be able to access the internet from another computer in order to look up information / get help.

@kieran My main gripe is the freaking cost of apple products. Between hardware and software costs. For now, I can download the PopOS and explore it more in a VM to see how it is.

Cost wise, I just went to System76 and looked at their options for a desktop computer and I can get more powerful hardware (graphics included) for what I need than paying for apple computers.

i also found out the PopOS! is debian based from the install packages it needs for software. It is built for creative and STEM workflows in mind. Have a good night folks!

i also found out the PopOS! is debian based from the install packages it needs for software.

acording to > https://distrowatch.com/table.php?distribution=popos < reports that popos is based on Ubuntu/Debian

it also uses the same MESA version number scheme as Ubuntu 20.04.0 LTS does so the latest and greatest AMD GPUs (both integrated and discreete) are guranteed to work out-of-the-box with only a few firmware limitations that only the proprietary driver ENABLES …

if someone knows if there are actual differences between the MESA driver from Pop!_OS and the latest ubuntu 20.04 then please, let us know !

Rereading the thread, I see that we should better explain the situation. With video editing and rendering, the two most important things are a CPU with lots of cores and a lot of RAM. A discrete GPU helps because it offloads the work to OpenCL or CUDA cores in the GPU, but a medium-range GPU is sufficient. Another advantage is that a discrete GPU will take some of the heat away from the CPU that is doing most of the work. See this article: 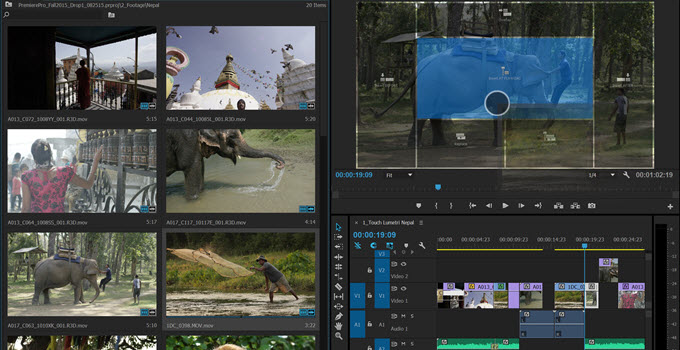 If you don’t mind waiting a little longer, you can get by with just integrated graphics. I have rendered video on a dual core CPU with integrated graphics and 8 GB of RAM and it is certainly doable, but it takes a long time. The question is whether you are going to do a lot of video editing, or if it is just an occasional task, and whether you are the type of person who is bothered when your computer takes a long time to complete a task.