Fix the defect on the keyboard:

Keyboard what a joke! Librem

This is not a compromise, this is a defect. And I have it on my current laptop Lenovo Ideapad 510S-14ISK - very similar keyboard layout (I didn’t realized the issue, when I bought it 3 years ago). I’ve managed to live with it by remapping the keys: Right SHIFT switched with UP Arrow Right CTRL switched with LEFT Arrow Yes, the right SHIFT is too far away, but also the right CTRL is too close to the ‘J’ key !! So yes, my arrows keys are really messed up right now, but - somewhat luckly - I’…

And, of course, stop gluing the keyboard and increase repairability.

I actually love that they include a MicroSD card reader.

Only thing I’d change would be the screen resolution.

RISC-V is awesome, but this is unlikely to be a prospect for the next revision at all. Similar things could be said about ECC RAM.

I love the MicroSD reader as well, I have too many gadgets that use microSD and for me it is greatly needed.

ECC Ram would be awesome

More hardware keys (power, volume, brightness, custom keys) above the keyboard. Not sure how easy it is technically though.

And, of course, stop gluing the keyboard and increase repairability.

Not just increasing the repairability, but also making many keyboard layouts possible.

@fsflover - I’ve always been curious about this. I’ve owned 2 laptops that have touchscreens and I ultimately ended up disabling it as it tends to just get in my way. Do you have any special use case for requiring touchscreen? Especially for a laptop that doesn’t have a 180 degree tilt for the screen?

Please, please ditch the MicroSD card reader and give us another USB port.

I think an SD card reader is pretty useful.

All of these things are big asks, and frankly a lot of these things depend on the ODM. I assume that Purism is taking a base design from an ODM and tweaking it to add a TPM, kill switches, firmware writeable switches, etc.

Do you have any special use case for requiring touchscreen? Especially for a laptop that doesn’t have a 180 degree tilt for the screen?

No. But the direction which Purism chose is that all devices are the same, except the screen size. They share the OS, the software, the killswitches, the RGB LED:

You know that we talk about convergence a lot. Our goal is to provide the same environment as much as possible across all of our products, especially the Librem 5 phone and the Librem laptops. We already use pretty much the same software base and are working to make this close to 100% the same. This now also goes into hardware because we have implemented this notification LED into the Librem 14 too!

For this reason, with the development of Librem 5, I expect that such use case will soon appear.

Touchscreen would likely require a glass display panel, Nicole has said this will never happen and provided reasoning.

What is the usage of colorimeter?

Please, please ditch the MicroSD card reader and give us another USB port. I can’t imagine many people use it and one can always just use an adapter.

I don’t think it’s a big deal either way. On balance though I agree with this. I don’t have an SD reader on my current computer but I did on my previous, so now I just use an adapter. (I definitely use SD cards e.g. mucking around with Raspberry Pi computers and e.g. soon to be mucking around with a Librem 5.) I have a neat one with a full-size SD card slot on the side and a µSD card slot on the end, so no SD card adapter needed in order to cater for either size.

One advantage of an adapter is that it may avoid some built-in obsolescence. Eventually you will find that a built-in SD reader can’t take advantage of the latest SD standards. It’s a lot easier to throw away a USB dongle for reading SD cards and buy a better one than it is to do anything about a built-in reader.

If no USB4, how about an externally accessible mini-pcie slot?

Physical buttons on the touchpad. 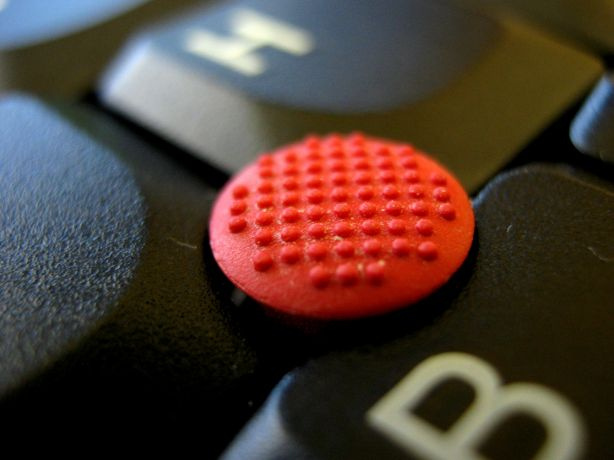 The main thing for me is repair-ability. It’s worrisome having a laptop that you need to ship internationally in order to do something which should be simple like replacing a screen or keyboard.

For the SD slot, I would prefer to have a full size SD slot, or nothing at all. Photographers use full size SD cards because this is what most cameras are equipped with. So the microSD card slot isn’t very useful.

I also say no to touch screens, hinges which allow the screen to flip all the way back, etc. I’ve seen those components break all the time on every kind of laptop I’ve seen, and they’re not easy to repair.

The main thing for me is repair-ability. It’s worrisome having a laptop that you need to ship internationally in order to do something which should be simple like replacing a screen or keyboard.