Topics like 16:9 vs 16:10; 180 deg hinge, touchscreen, mousepad location, etc etc, … These are cosmetic, personal preference, and ultimately, superfluous. Purism is on limited resources, and must focus on things universally needed, most bang for buck, and low hanging fruit.

From what I can tell those things are:

Nice to haves that are within reason:

I am a recent owner of a Librem 15v4. And this is a personal review compared to the XPS 15 (which is a bit less expensive).

I use my device since 2 weeks now, and I am pretty happy. It’s enough for my need outside my work and some projects (I have other devices for that). But for more details, this is a point to point review:

I removed it day one and I use fedora, so I don’t have any experience to share.

Clearly, way better than the XPS (less than a Lenovo), it’s nice. Also thanks for the classic screws on the laptop, it’s easy to unmount.

I think it’s better than the XPS on that point too. And nice to have a lot of USB + one hdmi. The power supply is not USB, but, it’s not a big problem for me. The only thing is that it’s really hard to plug something. I don’t really know why, but any USB is hard to plug without forcing a bit, same for power supply.

Librem win on that point (layout + keyboard in general). The only thing missing is a LED indicator for Caps and Num lock.

XPS win I think. The thing is, on the Librem, if my arm do a pressure at the right when I do a left click, sometimes *the track is blocked and I need to remove my arm to unblock the trackpad. WTF.

I don’t really care, but the librem is really thin and without logo, so I think it’s nice.

Didn’t tried enough, but I was able to work the afternoon on the battery without any issues. So it’s enough. However, a battery indicator would be great.

Definitely a point to improve. I don’t have a full benchmark but as far as I tested, the receiver seems to have some problem.

The old i7, without a video card is not a real problem for my need with that device. However, maybe an AMD cpu would be great and for the video card some person will need that.

It’s really cool to have a ssd + a hdd. I don’t need more

However THE MAJOR DRAWBACK is definitely the sound produced by the fan. Sometimes I think I have a helicopter in the room.

Also it’s still really expensive for what it is, but I think this will improve if more people buy a Librem.

Anyway thanks Purism for that computer

Sometimes I think I have a helicopter in the room.

sounds like you ARE using it for something then …

I think the really big ones now are:

1: Updated processor
2: Display, Display, and Display… small to tiny bezels on 3 sides, high nits… accurate display for user experience on the laptop
3: USB 3.1 is a must now
4: WiFi with good range and speed
5: Good size and highly functional touchpad

Are there any plans to add another port for connecting to a multi-monitor setup?
Need the extra screen real estate to get work done.
Also yes to:
- Ethernet port
- Indicator markings for hardware on/off switches
- Caps and Num-lock indicator lights

) or usb type A with same speeds … because just usb 3.0, 3.1, 3.2 etc is too confusing it should just be specified directly (protocol, connector-type + speed generation in Gbp/s )

Are there any plans to add another port for connecting to a multi-monitor setup?

I don’t speak for Purism and hence can’t comment on “plans”. However the current models are using Intel integrated graphics (HD 620, if memory serves), which means it picks up whatever limitations apply to that, plus the lack of features that are hidden in proprietary code, if any. 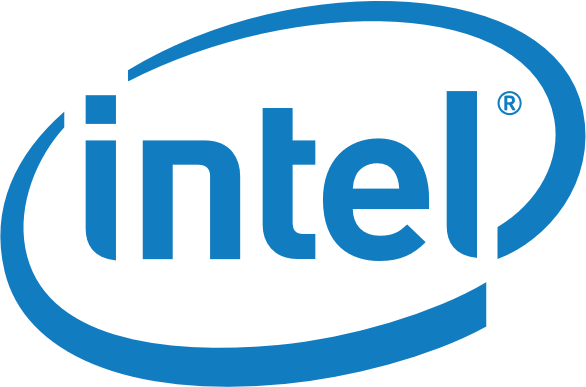 it may not be possible to have LVDS (built-in display, assumption) + HDMI external + HDMI external. Something about only having two pixel clocks, according to Wikipedia. But the details would need checking by someone who knows more about this.

For serious graphics work in a multi-display configuration, you might want a dedicated GPU, but that is a whole additional can of worms. In other words, it would need to be a case of wanting more real estate but not needing serious graphics performance.

I have done a lot work with embedded arm (and rtos) devices (phones and watches) Battery management is hard. Very hard. Very very hard. Especially when each chipset vendor can make their own implementation and it depends on the battery tech. Then you have some random package that got an update but the developer added a routine that is expensive on resources and gets ran too often. Then you get battery drain reports and people cry. Then you spend hours figuring out which package and then have to contact the developer and tell them to fix their routine. Everything effects battery and that makes it hard. I can imagine working with all open hardware it would be very difficult to find an efficient comparison to hardware that is closed because it has more people developing for it and fixing these power issues from the hardware level as well as the software level. Anyway, good luck and I’m waiting for a usbc charger and a 4 core CPU before I make a purchase

also something nice would be nice are other keyboard layouts to chose from. I’m from Switzerland and it is extremely hard to find a laptop like this with the correct layout

I’ve been using a Librem 13v4 as my daily driver for about a year now. Most of that time I used Fedora; a few weeks ago I switched to Manjaro.

Overall, I’ve been extremely happy with this machine. I have only 2 complaints, both involving the keyboard:

Fix these bugs, incrementally upgrade the CPU/memory/SSD, lower the price a little: that would be a Librem 13v5 I would buy and recommend.

I upgraded my wifi card to an Intel 9260 and the improvement is stunning. It requires a proprietary driver, so obviously that violates the Purism ethos. But something better than the Atheros 802.11n hardware needs to be used in future Librem models.

The broken scan code on the "| " (vertical-bar/backslash) key is an embarrassment that needs to finally be fixed in future models.

Why would this need a new model, instead of just a firmware update?

Why would this need a new model, instead of just a firmware update?

Firmware update to what exactly? If you mean to the keyboard’s embedded controller chip then yes that would probably do it but I don’t think Purism can do that. No source.

If you mean to the BIOS, I think it is more complicated than that due to the number of different environments that all have to work: BIOS x 2, GRUB, early boot, LUKS, live boot (various distros), Qubes, PureOS, other distros

It was stated that this will be fixed by a new model (v5, using a different keyboard embedded controller): Keyboard layout unable to recognize pipe

Obviously it is awkward that the ‘|’ character is so frequently used by anyone who uses a shell but, as the above-linked topic notes, you can be in strife if your LUKS password contains this character.

It is also implied in that topic that they have upstreamed a quirk accommodation for this but maybe that was after @zenbum bought the 13v4.

Ahh thanks, I had just assumed Purism could update the firmware to the keyboard embedded controller. Or rather that they could talk to the ODM to do that.

My further wish is to have the kill switches put back in the hinge.

I don’t like that on the side, the switches can be affected while putting the laptop in and out of a bag, or just while in transit. Certainly not a deal breaker for me either way. This is just a preference thing.

Since they don’t use dedicated GPU, could they use a CPU with eDRAM? The main problem of intergrated graphic is not the performance of iGPU, but they share memory with main CPU, this will:
●Bottleneck the iGPU,
●Slow down the operation of the main CPU, because they have to fight for memory bandwidth.
Not mentioning they still use single channel RAM… But I’ve heard this will change in v5.
Also, Librem products with x86 arch seems always use CPUs with low TDP, eDRAM is a good way to get higher performance without draw much more power.

I guess (or is it just me) that you are talking about Coffee Lake-U processors Iris Plus Graphics with 128MB eDRAM like Intel® Core™ i5-8279U or i7-8569U? If xwayland and libdrm-common are ready to support such processors in high quality on v5 some people might be very pleased. Sorry if I’m misleading, just asking. Such upgrade might even include one Thunderbolt 3 (40 Gb/s) over USB-C (DP 1.2 or USB 3.1 Gen2), therefore PureOS support over LVFS (fwupdmgr) would be must to have feature (Purism has test account on the LVFS).

Yes you guessed right, I meant those CPUs, and there’s even more model than you mentioned.
eDRAM does not only help iGPU, but also help almost any operation because it’s like L4 cache.

AMD Ryzen 4700U/4800U/4900U
-The best integrated graphics in the market, giving comparable performance to entry-to-mid level discrete graphics cards from NVIDIA.
-It uses the same security platform as the ones used on the Librem 5 - ARM Trustzone, so Purism only has to deal with that, that’s hitting two birds with one stone.
-The most power efficient 15W x86 cpus available today, lets give the poor fan an easier time.
-Ryzen cpus are manufactured by TSMC, a much much larger company than Intel, focusing simply on being the best semiconductor foundry in the world, they are already manufacturing in the next node (5nm) after the current 7nm and has already started risk production on the next node after that (3nm), obviously TSMC will continue to have its process lead over Intel in at least the next 5 years so why not jump ship now?
-Have I also mentioned that they are more competitively priced than Intel’s offerings?

Hinge designed & tested to withstand at least 20,000 cycles (Asus Zenbooks have this requirement), I mean, Librems are not supposed to be designed with planned obsolescence in mind right?