The PLS8 modem has multiple variants as can be seen at https://www.gemalto.com/brochures-site/download-site/Documents/M2M_PLS8_datasheet.pdf.

I am a Canadian using Freedom Mobile. I would like to use variant PLS8-X for librem 5 as it supports LTE bands 13,17,5,4, and 2. Freedom Mobile supports bands 4, and 7, and will be/already supports band 13. Will it be possible to choose the variant for the modem for a librem 5 phone?

The Librem 5 will actually have an m.2 slot for baseband (how cool is that!), so being able to open it up, and swap out the modem, allows for all sorts of additional use cases beyond the core functionality. It also allows us to get pre-certified modems for the regions, so a dual benefit!

The modem featured in Librem 5 is Gemalto’s PLS8. Two variants are used, PLS8-E and PLS8-US.

Scratch that, the US modem supports WCDMA BAND4 which seems like UMTS B4.

Are you sure you interpret this properly?

So, the difference is only one band. Also, if I understand correctly, SMS could still go via 3G or 2G, either in parallel, or by restricting to 3G.
Nevertheless, would of course be nice to provide PLS8-X on request.
@Richard, I didn’t notice that variant before, as it is only mentioned in the data sheet, not the website. Maybe this variant was added after the decision was made?

SMS could still go via 3G or 2G

SMS should be going (end-to-end encrypted) via the internet, where there is some hope of privacy and security.

So, the difference is only one band. Also, if I understand correctly, SMS could still go via 3G or 2G, either in parallel, or by restricting to 3G.

Rogers is the only Canadian carrier that has a 2G network since they were GSM based from the beginning. All other Canadian carriers were CDMA, transitioned to HSPA+ AND did not requiring their new “4G” phones to have a CDMA fallback, unlike Verizon. They went from CDMA right to LTE thus needing CDMA for voice calls until they got VoLTE.

@Richard, I didn’t notice that variant before, as it is only mentioned in the data sheet, not the website. Maybe this variant was added after the decision was made?

That I couldn’t say but I don’t know of any major GSM based carriers use that band. Freedom Moble (previously Wind) does not use Band 13, they use Band 66 for LTE and if I remember correctly they’re the first carrier in the world to use it. It’s also listed as AWS-3.

SMS should be going (end-to-end encrypted) via the internet, where there is some hope of privacy and security.

Unfortunately that’s not how SMS works. Unless they’ve got VoLTE, SMS goes through carriers Voice cores and not their Data Core. To encrypt SMS both parties generally need a special app and at that point you might as well just use… Librem Chat!

Haha as smooth as an LTT sponsorship segue.

Unfortunately that’s not how SMS works.

As Apple is “closed” we have no guarantee about the security properties of that service and whether it is better or worse than the carrier’s SMS service, and in what ways.

A similar idea would appear to make even more sense for the librem 5 - but for V1.1, as I dare say that you/they have enough on the plate at the moment.

Freedom Moble (previously Wind) does not use Band 13

They will be using Band 13. Wasn’t able to edit my original post
Source: https://www.freedommobile.ca/en-CA/network-and-coverage/coverage

The addition of Band 13 LTE (700MHZ low-band spectrum) to our network means we can strengthen and expand our coverage to even more places.

Are you sure you interpret this properly?

Also, if I understand correctly, SMS could still go via 3G or 2G, either in parallel, or by restricting to 3G.

I base my statement about not being able to get calls or texts by this reddit discussion specifically about Freedom Mobile and Librem 5: https://www.reddit.com/r/freedommobile/comments/9cncfs/im_buying_an_unusual_phone_will_it_work_with/

Although the reddit post is based on the modems from the dev kits, the same comments about bands still apply

Without UTMS band 4, calls and text won’t work, so at best it’ll be data only.

Beyond that, being only on B4 LTE would give you the most congested LTE experience possible, as most markets only have a small sliver of B4 available.

So, the difference is only one band.

This not the only difference.
X model doesn’t support voice call. Only E and US variants support phone call.

Do you know if it will be possible to have a modem that support the LTE band B28 on the Librem 5?
I live in country Australia, and that specific band is fundamental for any mobile phone here.

I live in country Australia

By which you mean: in the backwoods / backcountry of Australia?

An area remote from any cities and presumably needing coverage on a lower frequency band?

“I’m not an expert but…” I think that means that you won’t be able to get LTE at all on the PLS8-E, and the PLS8-US would only be marginally better. (Is that something that you have checked?)

Maybe someone from Purism needs to comment on the strategy for international / non-US customers.

I live in country Australia

By which you mean: in the backwoods / backcountry of Australia?

An area remote from any cities and presumably needing coverage on a lower frequency band?

It doesn’t mean that I live in the outback, or the desert: outside the big cities (Melbourne, Sydney, Brisbane, etc.) and the small country town (let’s say 20k people?) the main frequency used is B28 - > 700MHz. Without that you are really disadvantaged, because most of the time you probably end on 3G… Even if you live in a city and move often outside, you can have big problems without that bloody band

Even if you live in a city and move often outside, you can have big problems without that bloody band

Maybe someone from Purism needs to comment on the strategy for international / non-US customers.

The simplest answer is, this is our first phone, please bear with us. We’re working on some amazing things but it’s hard to do it all at once

More to the point though is we have to have a baseband (cellular chip that talks to the cell network) that we can seperate from the CPU. This is to allow for a killswitch and that the baseband does not have Direct memory access (DMA). See Kyle’s post about killswitches on the Librem 5 and Nicole’s post about our choice in using a seperated baseband.

Fair enough. Let’s see if you can do with a modem that is OK for our poor bastards down under that don’t live in a big city, otherwise it’s fine, I’ll step back to my purchase and will support the project in a different way.

Thank you for the reply

please bear with us

For example, it looks as if there is a genuine problem with that geographical location.

a) delay delivery a bit more for that location, or

c) bad luck for customer, or

d) withdraw from sale in that location (refunding customers), or

Or some combination of the above.

Yep, I know. Keep doing it.

With freedom you need knowledge. We are giving folks full knowledge about what to expect before they purchase the Librem 5. Not only do we say what bands will be supported, we even release the exact model of basebands we’ll be using, hence allowing this discussion in the first place.

If the phone won’t work in your area, we are sorry that is the case and you do with that info what you will. Remember though that the baseband is connected via an M.2 slot so if you’re able to find one that works in your region, you are free to use it. If you aren’t able to find one then maybe we aren’t either unfortunately.

And I want to re-iterate, this is our first phone. The original iPhone didn’t even get released in Canada and its America’s hat! (More correctly they’re our pants but that is a discussion for another time…)

But since no one seems to have clicked the link above to Nicole’s post about choosing a baseband, I will quote it below:

Hi,
as you already found, there are currently almost zero serious choice available for a really free mobile baseband. On the other hand we want to create a product which will be usable when shipped. Developing a mobile 3G or 4G baseband is not within the scope of our project since this would involve way too much effort.

What we aim at are two major points:

First we want to make sure that the 3G/4G modem is as separate as possible from the main CPU and RAM. Thus we can not and will not use chipsets which combine main processor + baseband in one - like Qualcom Snapdragon etc. The mode will be a separate part with defined electrical interfaces (like USB + UART) and no direct access to main CPU peripherals. We will also implement some form a hardware kill switch, i.e. a switch to disconnect the modem from the main system so that users can be sure that the modem is a) not powered anymore and b) there is not data flow from main processor to/from the modem.

Second we want to use a mode chipset which may in some future be freed. There are some already pretty well known and some reverse engineering has been done. Even if we can not provide a free baseband firmware we at least want to create a device which can eventually be turned into a completely freed device by upgrading the modem firmware to a free version.

I hope this helps a little. We will give updates once we have any news. And yes, we are also dependent on pointers from backers, users, interested people! We can not know everything. We try our best to do thorough research. But we are setting foot on pretty uncharted terrain. So any help is very welcome! 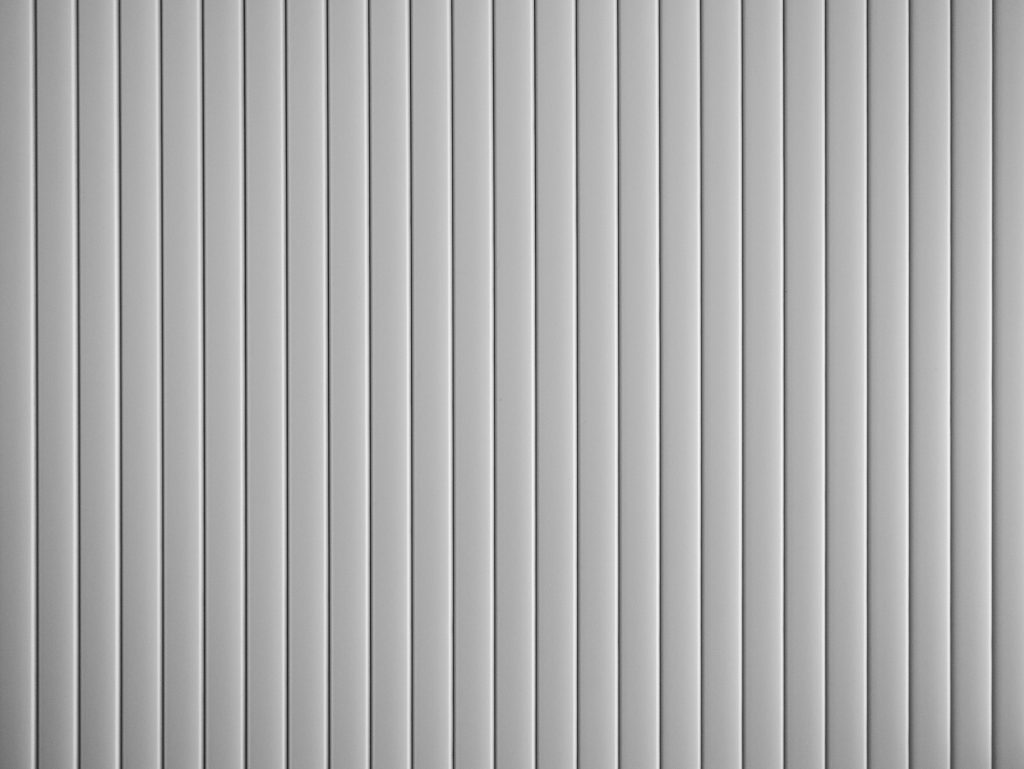 Librem 5 - End of May Progress – Purism

[We have started] investigating and testing a different modem, in order to evaluate its potential alongside the Gemalto PLS8 one.

I don’t suppose someone can post the supported LTE bands in the “different modem”.