Hey guys something I forgot to add to my last post,

All the apps on the Librem phone, such as calculator, calander, and so on, can you freely use them ok?

What I mean is, with IOS & Android you have to be singed into GMAIL or another email account in order to have access to these very basic apps, are they totally “free” on the Librem 5, or do you have to sign in using an Purism email account?

Sorry, I probably confused things by talking about that FreedomPop stuff. To answer your question directly: Yes, phone calls work using the included Calls app when using a standard SIM card, no extra internet based app is required.

And for your follow up question, I did not have to sign into any accounts on the phone to be able to use everything. I could still use all of the included apps as well as using the Software Store to install additional apps. No account is required.

You are a gentleman, thank you for all the info that’s great. I am conflicted between getting a Evergreen or Fir, as the Fir will have a better CPU, what are your / everyones thoughts?

Hope you guys are all staying safe.

I don’t know yet about the Evergreen vs Fir. I think it will depend on how far Purism can optimize power use/battery life before Evergreen. If the battery life is improved significantly, it may be worth going with Evergreen just to get it sooner. I am sure Fir will provide significant improvements when Purism implements everything they have learned in a new version where they have more time than they are getting between batches now. But that is more time to wait for a new phone.

The thermal improvements from the Dogwood CPU flip are probably also worth watching. I haven’t had a problem with the thermals since several months ago, so that isn’t a huge deal to me. But better thermals likely mean longer life from the processor and other components, so that is a welcome change.

So, I don’t really have a concrete answer for you, but I would also be interested in hearing what other people are thinking about Evergreen vs Fir.

Fir will have a better CPU

Will Evergreen be out for August 2020? And will it be a much more “use out of the box” experience?

The Librem 5 has a history of delays, but Purism might start shipping by August. Even if it ships, there will almost certainly still be major software issues to resolve. The camera app is still in the early design stages and Purism just got code in the kernel so it can detect one the cameras. I doubt that all the power management issues will be resolved, since there are still a lot of components to work on to conserve energy. Being able to put components to sleep, but then wake them up when a notification or call is received will take quite a bit of work.

PinePhoone are now / soon releasing the UBports version of the pinephone, has any looked at that?

The major issue with power management in the PinePhone has been resolved and it can now get up to 15 hours in sleep mode while waking up to receive phone calls. Canonical spent years working on Ubuntu Touch, so UBports is more polished and complete than GTK+Phosh as a phone interface. I personally prefer the design of Phosh over UBports. If you want to try out Phosh, then download the Librem 5 image and run it in Qemu on your PC to try out the interface.

For me the Librem 5 seems the best product on the market, I am hoping lots more issues have been resolved for Evergreen, but should I purchase an Evergreen or a Fir?

If you want a working Linux phone as soon as possible or are on a tight budget, then you probably want the PinePhone. Also, keep in mind that the Librem 5 is 6.3 mm thicker than the PinePhone and 45 grams heavier. My article might help you decide between the two phones.

As for Evergreen vs Fir, see this post about the i.MX 8M Quad vs Plus. If you don’t mind being an early adopter and dealing with bugs, then you probably want Evergreen. If you just want stuff to work, than you will probably be happier waiting for Fir, since it will have a more energy-efficient processor and most of the major software issues will probably be resolved by the time it is released, but you’ll have to wait until next year. You can be first in the queue for Fir by ordering now and then sending an email to Purism saying that you want Fir.

I ordered my L5 on Jan. 11 , 2018. I’m waiting as long as I have to till my Evergreen comes. In the meantime I ordered a Pinephone that’s supposed to ship later this month. That will be interesting too. And if I got the cash when Fir comes out I’m getting that too. A buddy of mine is a Linux master who guides me as i don’t know RAM from ROM. I run Linux Mint 19.3 on my NUC desktop. Linux is so much cheaper , more reliable and forgiving than any of the Windows/IOS junk and iPhones were. An Apple update fried my Mac Pro and that was the straw that broke my camels back.
You guys know what you’re doing and will be my tech support. So I got nothing to lose. I hate Google , Apple and data harvestors in general. So I’m all in for the L5! That Purism Mini looks good too but I’m not sure about PureOs yet.

@purismforum, Thanks for posting the stress-ng numbers. I ran the same test on a PC with an Intel Core i5-5200U (2.20GHz) and it is roughly 12.5 times more powerful. However, the documentation for stress-ng says that it shouldn’t be used for benchmarking, because it isn’t very reliable.

I’m going to also run them on my Raspberry Pi 4, so we can do a comparison. If anyone has a PinePhone, it would be cool to see the results.

I got sysbench from https://github.com/akopytov/sysbench since it is not available in PureOS repo.

Thanks @purismforum. Would you mind running it for 4 threads?
sysbench --threads=4 cpu run

Thanks @purismforum. Would you mind running it for 4 threads?
sysbench --threads=4 cpu run

Yea I had that already, sorry I pasted the wrong link for the ghist.Here is the right link to all the tests

Is this result as expected? This means by executing xrandr command output will be of approximately 30 Hz refresh rate (720p @ 30 Hz). @purismforum, please

Is it GPU locked into a lower frame rate to be gentle toward battery, could someone give any kind of explanation if this was usual and necessary for Chestnut, user adjustable and how, related to DP alt mode over USB-C (upscaling ready)? 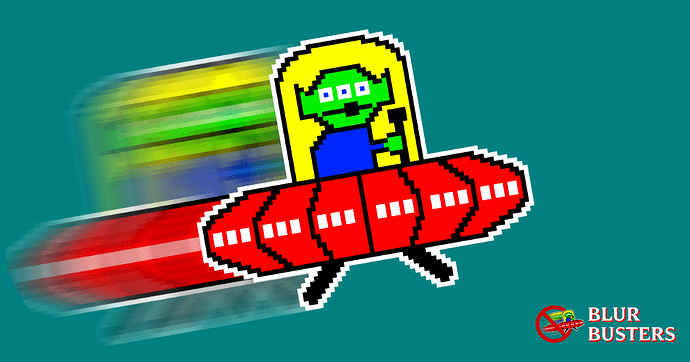 Wow this is quite a good performance, isn’t it?
I can only compare it to a Raspberry Pi 3B+ which is significantly slower…

Hi Everyone hope you are all well,

Please see the video below, I thought calls worked fine on chestnut or was that doogwood?

Have the issues in this video been solved?

Anyone here hear about the ‘Hackintosh’ PC? This is a real thing, although Apple is not pleased about it. Basically, you hack any PC hardware to make an unauthorized installation of an Apple desktop operating system on it. It’s not easy. But it is possible and several people have done it. A quick search for “hackintosh” on any search engine will tell you how to do it. I wonder if it can be hacked on to a Librem 5 using a compatability layer to make up for hardware architecture differences. Facetime from your Librem 5. What a concept.

Please see the video below, I thought calls worked fine on chestnut or was that doogwood?

Does the video somehow make you think calls are not working?

If you look at the review article that video belongs to, here https://www.makeuseof.com/tag/librem-5-review/ it says “the Librem 5 handles calls and contacts reasonably well” and “calls are easy enough to make, and the audio quality is good”. The reviewer is unhappy about several things, but making calls is apparently working.

Considering that the test article was a Chestnut, the review had an honest ring to it. I read it as mostly complimentary and don’t think it should be considered hostile trolling. The only part that I think was glossed over was the application package and philosophy.

Although the reviewer laments that his phone could not easily take a screenshot, he does admit that a screenshot tool was added after his review. However, he fails to note that the tool was easily coded in a very short time, and featured in a Purism article highlighting how easy it is to code meaningful apps.

I hope he gets an Evergreen and updates his review

Anyone here hear about the ‘Hackintosh’ PC?

It’s usually running MacOS though, so if you have in mind having features from an iPhone on a Librem 5, it is a different operating system, iOS, that you would be targeting. There is only so much in hardware architecture differences that can be papered over.

I can’t see why you would want a blackbox operating system on a Librem 5 however. Having come all this way not to have a spybrick, why would anyone want to reverse those gains? I get that there will be some functionality from the iPhone that will be missed … but not at any price.

@Photon, you ignorant slut! Don’t you even play the video? Er, um, well… no.

OK, I just played the video. Like the Nixon/Kennedy debate, it played differently on the different media. It did come off a bit more harsh in the video and I suspect some would even call it sarcastic. Still, I viewed it more as “tough love”.

I still hope he gets an Evergreen to test.