I don’t get it. Will we get the Librem 5 if we pre-order the phone again but enter our order number as a coupon. But every part is made from the USA? Also why does it cost $1,999? But the link gos to the original $699 phone then? This is confusing

On the products page, there is a new Librem 5 USA choice 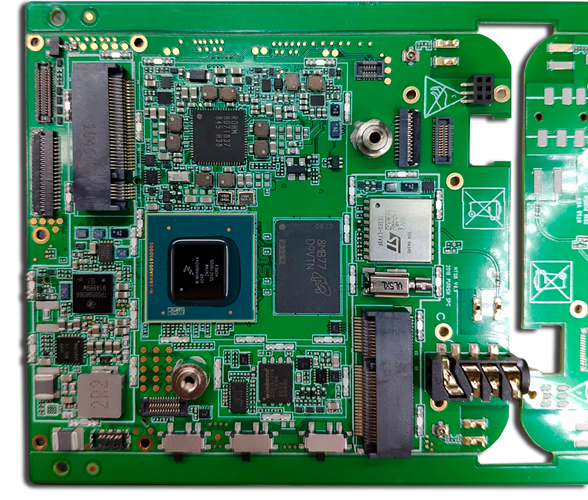 But labor costs a lot more in the States. I don’t have as much knowledge about building costs, regulations that need to be followed, etc. But actual production costs would be significantly higher for Purism to produce here.

From the announcement, it looks like if you order right now, your Librem 5 USA will be delivered in Q3 2020, but you can upgrade your existing Librem 5 order “without losing your place in line”.

If I read everything correctly

If you already ordered a Librem 5 but want the USA version, go to the shop page and use your original Librem 5 order number as a coupon code. That means you only pay the difference to upgrade from a Librem 5 to Librem 5 USA.

And the reason for the higher price is because it costs more to fabricated and assemble electronics in America. If it doesn’t matter to you where the parts are sourced from, then keep/order the original Librem 5.

@Richard
Just to clarify, is this L5 USA phone gonna be just assembled in US or have all major hardware components (CPU, RAM, Motherboard,etc - not display) manufactured in US and then assembled? Only then $1200 difference can be justified.

I doubt the CPU or RAM will be manufactured here. The CPU is from NXP, which does have foundries in the US, but they don’t have the 28nm process at any of those foundries. That would mean either paying them enough to upgrade one of their foundries or paying them enough to license their design to another American foundry capable of running on the 28nm process, in either case, incredibly expensive and time consuming.

RAM is a bit more flexible, you could probably source RAM from an American foundry, if you were okay with more expensive and not top grade. Samsung is generally regarded as having the best RAM dies, but honestly for a phone it probably doesn’t matter.

What they are hopefully planning to fab here is the PCB (as well as mounting all the surface mount components). The PCB is where there is the most concern about compromises. It would be incredibly expensive and risky to produce a silicon chip with hardware backdoors. Getting yields high enough to be profitable is an issue without cramming extra parts in, and the logistical challenge of only delivering compromised chips to certain targets is daunting. On the other hand, a multi layer PCB is an excellent target, as you can just slip an extra chip in between the layers and have it do whatever you want. It would show up on XRays, but most people won’t XRay the board, so if you only do it to <1% of them, you’ll get some in the wild with your spy chips. Fortunately, the PCB is the easiest part to make in house. Still more expensive than having it made in China, but it doesn’t require high temperatures and clean rooms. You can actually do it yourself with etchable CBs, a sharpie, and epoxy (and patience).

There’s a list on the page where each component is made. Personally, if I were American, I’d be all over this. I’m really happy for you all

Aye. Note that the PCB is listed as American made, but the CPU is not on the list. It’ll come from one of NXP’s 28mm foundries, but I can’t find any information on which of their foundries that’s likely to be. They have a bunch scattered around the world, only one in China.

$1999: YOWZA!!! I read the original announcement but didn’t go look to see how much it would cost. It mentioned a “premium” (which made sense) so I figured it’d be another couple of hundred bucks. Instead the premium is over twice the price of the original Librem-5 (which we might as well call the Librem 5 PRC to distinguish it); thereby more-than-tripling the price.

That’s going to be a tough pill for me to swallow, even though I distrust the PRC even more than I distrust my own government.

Personally, if I were American, I’d be all over this.

Really? At that price?

I’m not saying it is an unfair price or an unreasonable price … but I wouldn’t pay it. There’s premium and then there’s premium.

Well… you gotta realize, the western world is rich because the rest is poor. Most of us simply could not afford 100% home-grown stuff, but still it would be fair to do so.

In fashion, locally/ethically made usually does pull at least three times the price of something comparable. ‘Shop local’ is another social movement and I think we’re seeing an overlap with the Free software movement here. To the point where I think, amongst the usual tech outlets they usually send press packages to, perhaps Purism might want to consider Vogue USA and the like as well. My cousin is a fashion designer and, from what I’ve observed, good positioning and timing is everything. Why wouldn’t the same hold true for tech (interpreted as a useful accessory)?

Also, there’s the obvious security benefit too. I actually made a fuss once over having to use windows while working at a Canadian forces armoury (it just seems stupid to have another country’s [essentially] black boxes on forces desks)…and it was pretty much ignored by my supervisor

). Anyhow, I’m not going to rain on the USA! USA! party here but it’s just ability to reason that homegrown is good for you

Modern globalized market with all that magic game of manufacturing products where workforce is cheaper (while negotiating financial advantages with governments) accustomed us of unfair low prices. But 70 years ago, a lot of people used to save money during one year or two to simply afford a washing machine (built in their own country, sometimes still working today).
So, to me, 2000$ is actually not expensive at all.
In my opinion, it is important to consider a minute what we have in our hands: it is an extraordinary assembly of high-tech. It worths something.
Of course nowadays, it is a matter of choice of consumption, because you can easily find cheaper products for the same features, but it seems to me really meaningful and fair to accept the idea of buying during our lifetime only a few local high-tech products, even if it means patiently put some money aside, one month after another.
And more specifically, I consider that that kind of sobriety in the way of consumption of high-tech fits really well the possibilities of libre hardwares and softwares.

That’s fine but it makes a difference to the average consumer at what price point this applies. Three times something that is already at a premium for the goodness that I am seeking goes beyond the pain point.

Maybe a big customer of Librem 5 USA will be various parts of the US government, where they can afford the premium and the country of origin difference becomes more important. As you suggest, you wouldn’t imagine CIA officers / US military carrying around Chinese spyphones.

Oh, of course, I was just stating that there is a viable market in existence already (and I really like how Purism doesn’t limit their customer base to only one niche market

From what I remember, Trump was using his old Samsung Galaxy Phone

and doing bunch of the stuff over the phone
Then, you have Putin , who runs from Computer and cellphone use.

3 gb ram but the chassis is still made in china. what gives? anyone know why its not usa? considering its basically $2k, double a new samsung galaxy s 10 (ironic considering the above comment)

To me it’s quite ridiculous. I honestly think it a bit naive to think you’re gonna find security in today’s age in a mobile device outside of controlled government channels. With quantum computing at the governments disposal they can zero in on any device connected to the network and if secure have the security cracked or bypassed within seconds of even connecting to the network. My only reason for interest in librem 5 was a true Linux phone, not emulated or simulated. Real, in my hand on a phone. If I want true security in a mobile device then I’ll have to be content to not even be connected, kinda pointless right? If there would have been two options available summer of 2017 I guarantee you the choice I would’ve made wouldn’t have been the more expensive one especially considering the hardware “differences”. I prepurchased mine over two years ago and rode it out this long, eventually I’ll have two Linux phones; only a dream not that long ago.

Depends what one considers as “secure”. I don’t think that anyone is naive to believe to be completely out of big brother 's sight. It’s more about have certain options that would allow us to not be tracked by some Corps, collecting all sorts of our data and also more safe from hackers. As of now , buying an Android phone , leaves you no option but to trust Google handling everything you do on your phone and also OEM who manufactured your phone. They also have access to too much of your data.
trying to control hardware on this level, with additional kill switches with privacy respecting OS giving you even more control is nothing short of revolutionary. You are arguably safer using this phone than anything else on the market and that’s amazing value in itself.
Think how much this means for investigative journalism and activists around the globe if this device is utilized in it’s full capacity. Could be life saving. I bet you Glen Greenwald would pay twice as much

3x is fine I guess. But 3x what? I thought the phone was already priced high because of development costs, not because the actual components are pricey. And development is already done “locally”, in open, and without backdoors. So here you’re paying maybe ~6x premium on semi-local HW, because SW development is the same for both USA librem 5 and the original one.