There are several containers or containerization systems for Linux let’s discuss the differences, pros and cons for comparison.

Some may not be real containers because they don’t have compartmentalization or sandboxing, but this is not always clear at first encounter.

Actually I don’t like the term “sandbox” in context of security because a sandbox is a place where you can freely play around but nothing holds you back from leaving it and do something (potentially problematic) in the rest of the world.

I prefer snap, and I haven’t seen a single reason to use flatpak over it. In fact, I’ll be installing snapd on my Librem 5 just as soon as I get it.

If it is true that I can’t handle non desktop environment or GUI programs with flatpak than I probably don’t want to use it, too. Unfortunately there are flatpaks used (developed?) here in the community. They may have good reasons which I don’t see, yet. From my current perspective I would like a well designed system for all programs not only such with graphical UX.

Would be sad if the community and Purism bet on the wrong horse. Maybe someone can explain it. Maybe its just a system well known. Learning something new is always some effort and people have already stuff to do. But it may be good in the long term.

Some people may don’t like snap because of canonical. As long as I wouldn’t be to dependent on them personally I would focus on the technical criteria.

Any comments on Firejail?
https://ownyourbits.com/2017/10/29/sandbox-your-applications-with-firejail/

I liked the idea, but could never get Firejail to work on my Librem 13 v4. I would probably best be described as a Linux sophomore: I can usually get things done in the command line when needed, but can rarely accomplish this without a tutorial. This was not one of those times. I was either missing something crucial as to the basic functioning of Firejail, or flat out doing it wrong. This was in early 2019, maybe things have improved. Does anyone know of a good tutorial/manual for Firejail that they have used recently? I can’t remember, but assume I tried using whatever documentation came with it.

Some general info to this subject. I didn’t read it myself, yet. 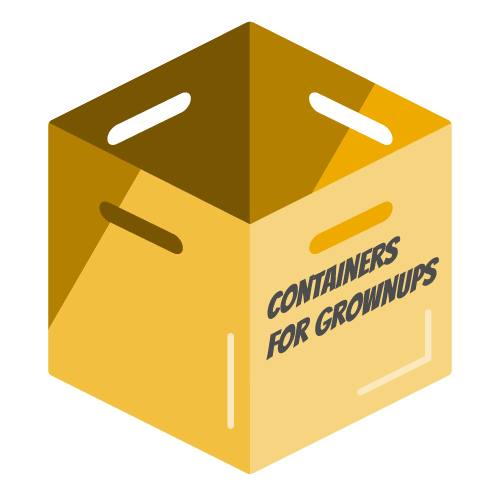 It is deceptively simple to get started with Linux Containers, but how well do you really understand the underlying technology? Could you explain the architectural trade offs of container hosts, images, and application definitions within Kubernetes?...

There are multiple separate concerns mixed up here. At least those:

For example, podman as such doesn’t do any distribution. AppImage doesn’t do package managmenent much, just leaves it to the file system. Flatpak doesn’t always include permission management.

It’s useful to classify things to understand what they are, because then you can realize that some entries on this list have no comparable properties. For example, Firejail doesn’t manage or distribute the software it runs, and for AppImage, distribution is the only thing it does (as far as I know).

Yes that’s true. I already thought of making a list of criteria and then we could reading search which system provides what. I just had to start the journey somewhere.

Thank you so much for your explanation, @dcz Dorota!!
So, please let us know which container(s) L5 uses and why?

I have only seen Flatpak on the L5. It’s focused on user experience, and has security capabilities, so I think it covers the needs.

I guess if the aim is to run applications in an isolated environment, you could add guix containers to the list. You get those by running guix environment with the --container flag.

I think I can only edit the post a limited number of times. So I will wait a bit if there comes more and then I’ll add what has been found.

If the concern listed here are real, and I have no reason to doubt that they are, why is Flatpak being championed by Purism?

Furthermore why aren’t we just using snap? I get it Canonical dares to try to survive by making money and so they are evil, but it is clear their solution, as usual, is the better solution.

But maybe I’m too close to the thing, and am missing things.

Guix seems to be onto something.
that EXWM + Emacs combo looks so yummy

Although it is open-source, Snap on the other hand, only works with the Ubuntu Store. Nobody knows how to make a Snap Store and nobody can.

Why is there only one Snap Store?

Snap and Flatpak are the basis of two universal app stores for Linux: the Snap Store and Flathub. Interestingly, Flatpak has multiple repositories: Flathub is the main one but both Fedora and Elementary OS also host their own store. In contrast;...

Sadly, part of the Snap store is still closed source.

I think we just see the reality of life differently. The reason the snap store has one repo is because this is one of the stumbling blocks for people learning Linux. Needing to add repos, and finding the info to add the repos is not always intuitive or something the user has time for.

I think Canonical has explained very well why things with the snap store are the way they are.

I get that this would be a reason for Purism not to use it, but Flatpak is not a better solution, and this is the tragedy of the FOSS mindset, IMHO.

I’m just curious, who is using these containers now? From practical experience, which is going to make it the easiest and most future proof to sandbox browsers and apps that pass internet data to the app?

I want all that completely isolated from the rest the system, with all the data self contained.

I’ve never built a container, but will dedicate the time to learn it, if others are having success doing this.

Flatpak is not a better solution

Now we agree. Declaring something better without considering the criteria is meaningless. And/or misleading.

From practical experience, which is going to make it the easiest and most future proof to sandbox browsers and apps that pass internet data to the app?

I’m going to give a very unsatisfying answer: it depends on how you value different aspects of it.

Completely isolated - buy another computer. Or at least run it inside a VM, maybe using Qubes. Easiest - don’t do any isolation.

Flatpak is reasonably easy to use, but you must trust the developers again that they limited permissions themselves. It seems like it will improve in the future.

latpak is reasonably easy to use, but you must trust the developers again that they limited permissions themselves. It seems like it will improve in the future.

So far the constraint seems to be that a good number of the apps I use aren’t on Flatpak or Snap. And/or those containers don’t sandbox the data to the container.

I can imagine the right solution would A) make it easy to turn any app into a container and B) conitain all app data inside that container. Which of the ^^^ do you think would best meet those directives?