@reC It’s too late by then because nobody expects the Spanish Inquisition. 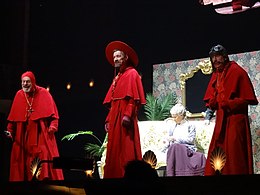 So with the latest update PureBrowser is missing from Amber as well. Disappointing. I consider it seriously bad maintenance practice. What gets into stable should stay there forever.

What gets into stable should stay there forever.

Even at the expensive of not receiving security updates?

dutifully patched for any security vulnerabilities (should they be discovered) until next stable release some time in the future.

As I wrote above, I was expecting PureBrowser to stay around and be dutifully patched for any security vulnerabilities (should they be discovered) until next stable release some time in the future.
I can understand that you don’t want to devote resources to this task.
I’m still disappointed.
The disappointment is pretty minor, though.

It was not a matter of us not wanting to, it was a matter of not being able to. The jump from Firefox ESR 60 to 68 was huge as Mozilla integrated more stuff (Pocket being one example) so it was getting very hard to take stuff out. Also their use of more Rust based code requires expertise in that field.

Because of the issues moving from 60 to 68, we had to jump back to 60 and re-evaluate. Unfortunately that meant dropping PureBrowser completely. Now the upside is we can focus on Epiphany and help to provide a great experience with it on both desktop and mobile. Plus folks can get straight upstream Firefox ESR for those who don’t want the hassle to install it manually (and thanks to the many community members who’ve helped out with that in the past).

Now we just need LibreWolf, GNU Icecat, Waterfox, Palemoon, and etc to come out on top with also providing some support (financial, code, whatever) to Mozilla for making Firefox in the first place.

Just on case anyone from Purism wants to know why I removed PureOS from my Librem5 short answer is my choice since I feel more comfortable using Fedora over PureOS / Debian.

I am using Fedora for over 10 years and I am not familiar with PureOS and Debian to use it daily.
Like I said personal choice. The privacy oriented approach of PureOS is commendable and after a while will test PureOS again and check in with what has changed in about 6-12 months.

I want to like Gnome Web, but I can’t even figure out how to add a menu bar to it. And the documentation page is severely lacking. Am I missing something here or is Gnome Web really not meant to have a menu bar and bookmarks, etc?

So, now I’m stuck using Firefox ESR which keeps asking me to run DRM. I just installed PureOS, too, now I’m feeling like I got the bait and switch.

Gnome Web is something I want to like. It is a no fuss no muss browser and I like it. I’m hoping that Purism using it means that the browser can see some increased love. Browsers are not the easiest things to develop, and they do require a lot of work when it comes to compliance.

All in all, I think this is a good thing for PureOS.