Please forgive me if the answer is obvious to many.

Why hasn’t Librem 5 yet received a certificate “Respects Your Freedom”?
I did not find technical obstacles.
Please show me.

Are there specific deadlines for obtaining approval from the FSF?

Thanks for your work.

In my opinion, I think it’s more of procedural/administrative hurdles to clear, rather than technical ones. In no particular order:

It may be a combination of these, or something I didn’t even think of. For me, I’m more concerned with the phone getting the bugs/kinks worked out and into people’s hands than having a neat cert to advertise with it (No offense to the FSF. Gotta have a phone to certify though.)

This post is awesome. I can confirm we are in discussions with the FSF on RYF certification on another product at the moment (Librem Key). We will also discuss RYF with the phone and hopefully that will be easier and fast because we will have gone through the process once already.

I believe the root reason is really FCC certs + HW tweaks. As I understand (IANAL) it is illegal for Purism to ship ‘production’/‘mass market’ radio based devices w/o FCC certification. Hence why up to Evergreen it’s classified as something akin to a beta as I recall. FSF is most likely holding back because they can’t formally certify a phone if it’s not FCC certified (at least as it pertains to US consumers). Not to mention products shipping now are still subject to hardware tweaks like antenna alignment, however inconsequential to privacy, so the FSF would have to potentially issue multiple certs because the HW has technically changes which may be burdensome.

FSF has given a preliminary endorsement though given PureOS’s RYF’s cert:

“Why it’s cool: Although it won’t be released until Q2 2020, this phone is one to keep an eye on. We’re giving it a tentative recommendation because the company has publicly committed to doing the right things for prioritizing user freedom and privacy, and because we have evaluated and endorsed the operating system it will run.”

I don’t think that the FSF is worried about FCC certification. The FSF, however, will want to examine all the software on the phone, and at this point, Purism hasn’t yet finished developing a lot of the code for the Librem 5. The big issues are how will Purism implement 1. power management, 2. video out over DCSS and convert to DisplayPort Alt Mode over USB, and 3. implement the two cameras on the MIPI CSI-2 interface.

I don’t expect the FSF to certify the Librem 5 until Evergreen, because Purism probably won’t have the code ready until then, and I expect that Purism will keep working on power management and the camera interface for a long time after Evergreen is released.

“Up to” but not including?

Everyone keeps saying that but I dont think the L5 needs certification due to the cellular base band being of a modular nature . The baseband itself needs to be certified seeing you can just swap them out . The only reason for a device itself needing fcc cert is if the baseband radio is hard mounted to the SOC .

“Up to” but not including?

Correct as Evergreen is the mass production unit, although I think technically Dogwood and Evergreen will be 100% the same, Dogwood is just a small Evergreen testrun effectively.

it is more often the administrative issue rather than technical issue.

I think technically Dogwood and Evergreen will be 100% the same, Dogwood is just a small Evergreen testrun effectively.

Maybe that was the original goal, but I see some physical differences between photos of the Dogwood and Evergreen boards, so it looks like Purism did some substantial tinkering with Evergreen. 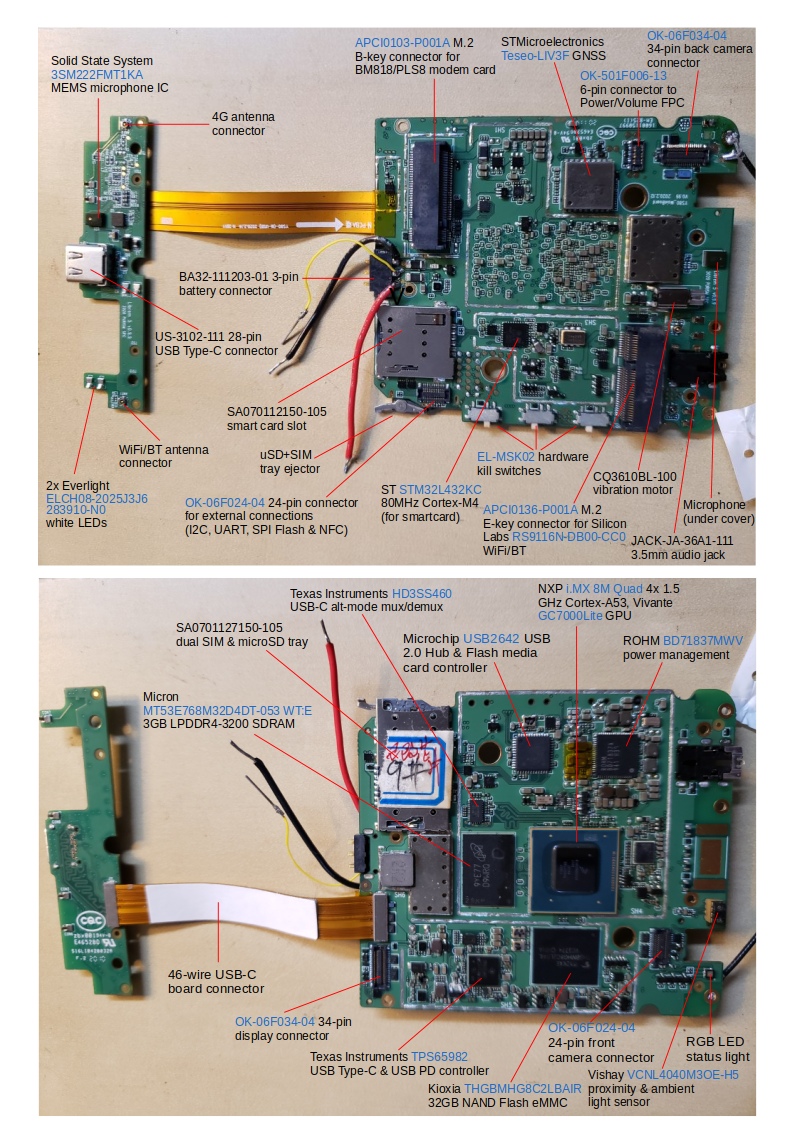 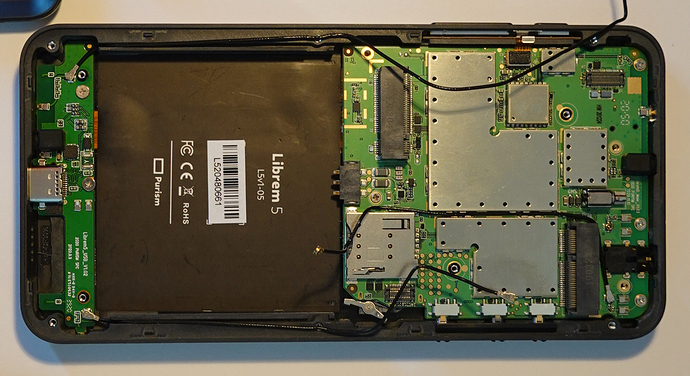 For example, see the new metal shield over some added component(s) between the Power/Volume connector and the 34-pin back camera connector.