I love rounded corners and is the first thing I was most impressed with, with the Librem 5. Now it’s said to be removed in Evergreen. That’s stupid in my opinion. Sorry for the language.

It’s said to be covering regions of the phone, like videos or apps in fullscreen. It makes the phone look better imo. How come Android and iPhone achieve this? They made it work with the rounded corners. Not remove them.

What do you think? What is your opinion?

Are you talking rounded screen corners or rounded chassis corners?

Maybe I haven’t been paying enough attention, but I still don’t understand what “rounded corners” is referring to here. The body/chassis of the phone itself? Or the screen? Or borders/corners over the screen where it meets the chassis/case? Or the dialog/UI elements?

Assuming we are talking about the screen, definitely i would want it to be 90° angles.

Posted from an Android phone with squared corners on the screen.

How exactly, since in phosh they’re usually black on black and therefore hard to see at all?

Rounded corners also make window management much more complicated. If somebody wants them, it should always be possible to just keep those pixels black

perhaps there’s a confusion here. So there are following options in the game

Not sure which of those is meant in OP but since the android was brought into picture as an example I think it is about either option 3 or 4. Although latest pixel I think is making option 1, 2 and 4 to fill entire face surface with the screen.

As for love/hate - i don’t care as long as logical viewport is square (eg no need to have quirks in UI for the option with rounded corners).

I am talking about the roundness of the screen. 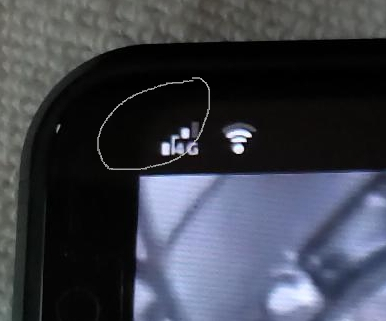 That makes the phone look more soft and not just a big block of pixels as a square.

I own a Samsung S7 Edge. And the 90° angles are my biggest hate on the phone. Seriously looks bad. Everything now adays is rounded, Google has been making redesign changes on everything, and that everything is rounded corners from buttons to the UI itself. And to hardware. That’s because most people find rounding of the corners more attractive, soft, nice and polished.

As pointless as it is, I must admit, it has grown on me since I last commented on it. It is a subtractive feature though, you actually get less screen area. If it were an OLED screen I would be completely against having rounded corners but with LCD I actually have grown to like it. It doesn’t devastate me that they are changing it to square though. It is more practical and I can see that it will probably suit some user interfaces better. I haven’t voted yet because I might change my mind again.

How exactly, since in phosh they’re usually black on black and therefore hard to see at all?

The thing is though, with LCD you actually see the corners of a black screen if you aren’t in a bright room or if you’re looking slightly on an angle. It’s been very obvious in some of the videos that have been uploaded.

Since the screen is 18:9 and most videos that I watch are 16:9 or 4:3, I don’t think that would bother me. I guess movies would often be wider though.

of course my horse !

u/xecius on Reddit says that the LCD in Chestnut has square corners, so Purism has already made the change.

Rounded corners look great with the default UI, and are quite beautiful, but if you want to run anything else they are a significant disadvantage. I sometimes like to run a desktop UI on my phone, with a keyboard and mouse, to convert it into something closer to a desktop form factor, but dektop UIs are not designed for rounded corners, meaning that rounded corners would break one of the primary purposes I have for getting this phone: running a desktop UI just a bit better than Android does with LinuxDeploy and X11 XSDL.

Rounded corners are beautiful, and I would love them to be on the phone especially if we can do it without the issues/limitations discussed in here.

Sorry to say this, but I think it was unfair and very biased how you posed the question!

instead, how about: What about Square corners! Love or Hate?

OR better yet: Round or Square corners? (which I think is much less biased.)

i can see this getting into a full circle …