The Ethics of Affiliate Links

One popular way for many bloggers and publications to earn additional income is by posting affiliate links. This used to seem like a great idea, but I am now realizing that it has many ethical issues including the following:

Any other issues that I have missed?

I guess aggregator networks such as Skimlinks and Viglink multiply the issues.

This makes me wonder, what are the ethical issues we should consider regarding referral links of Minds.com or Brave.com?

An addendum to your second point is that the tracking companies have zero qualms with re-selling your identifying data to many, many third parties.

Some may argue that those who don’t want to be tracked should be using a browser that blocks tracking. However, that is just preying on the technically illiterate who don’t know any better.

What are referral links of Brave.com?
The first thing one could use BAT for was tipping to content creators, so they (in theory) would not depend on ads and affiliate links.

Yes, you can tip almost anyone with Brave.

Publishers/creators who register their site, profile, or channel (wherever they are publishing content) with Brave’s program are issued a referral link which they can use to recommend Brave. Resulting signups are rewarded with BAT.

However, I have recently been unable to login to my Brave publishers’ dashboard, and no luck contacting their support, so am going to give up on it… 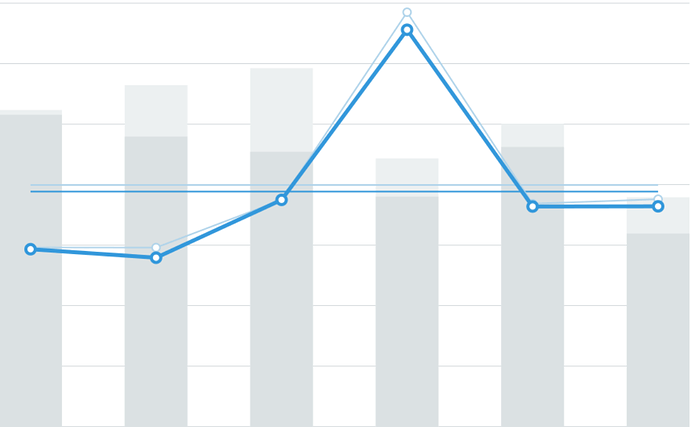 and here is the > https://shop.puri.sm/purism-affiliate-program-terms-and-conditions/

To someone who hates ads and most ad-funded business models, affiliate links would definitely seem to be unethical. I think the only (completely unquestionably) rightous way to advertise is (physical) posters and billboards and self hosted announcements with organic word of mouth carrying the rest.
The problem is any hope of that ever working has been ruined by ad revenue funded businesses. You’re always fighting the TV, magazines/websites, and search engine algorithms.
So I won’t condemn this, but I’ll have to see how annoying they get. There are sites where, if anyone even mentions purism’s stuff, people will call that guy a shill and insult him relentlessly; anyone who speaks well of purism must have been on their payroll. This move just enables even swifter dismissal.
What I’m saying is affiliates will have to choose their spaces very carefully. You really have to know certain things about the world to both want purism’s stuff and accept the long (and indefinite) wait times and price.

if you are to remain exposed to that kind of ‘warfare’ then it’s not a ‘fight’ . it is merely a shameful defeat … why ? watch The Social Dillemma docu-drama released a few weeks ago.

anyone who speaks well of purism must have been on their payroll.

if i am asked “where do i find such products ?” i say “use a search engine and do your own research …”

We created the affiliate program because we had been asked for one by supporters, bloggers, and reviewers over the years and figured it would be an easier way to keep track of things and reward people who refer others to us by making it an official program.

If we see that it somehow gets abused or misused we can always cancel it.

While anyone who is in this industry knows that there are tons of “pay to play” rackets out there, we explicitly reject that kind of thing and don’t pay for reviews or media coverage. We take the ethics around that sort of thing very seriously.

There has been a time or two where someone in the community who has reviewed our hardware in the past or has been sponsored by us, has ended up working for us later on and in those cases we’ve been up front about when they were employees (and asked them to disclose it on their platform) and in the case of sponsorship, canceled the sponsorship to avoid even the appearance of a conflict of interest.

Linux Mint does this on their website. Cennects the software to hardware vendors. Purism is a software and hardware vendor.
I’m not saying it’s bad or good or neither but I don’t like it. Security and privacy Purism preaches. How about taking care of your current customers/backers first. Outside money from vendors advvertisers etc is a ride down a slippery slope and kind of unethical imho. If this offends anyone I am sorry. Just expressing an opinion.

The biggest issue of all is when reviewers say that a terrible/not good product is great and put an affiliate link at the end, with the hopes that someone comes along, reads the review, and buys the phone because of it.

At the same time, I already have my L5 on order so it doesn’t really matter, and I’m sure these forums will be flooded with reviews once people start getting their hands on them, and I doubt the people here will show much bias.

It would be an easier way to keep track of things and reward people who refer others to you by concentrating on delivering your present phone orders and generating “word of mouth” advertising. And how is “Affiliate Links” not paying for a review? Or is it just a technicality?
If Purism needs money to do/grow , just ask us for donations.

Affiliate links seem better to me than using targeted online marketing through Google, Facebook, etc. The important thing is that potential buyers know that the reviewer has a financial incentive in doing the review.

One of the issues is that most reviewers don’t take the time to even try to understand the phone or appreciate it for what it is trying to do, so I’m pretty sure that all the reviews are going to be negative. Look at the Make Use Of review, where the reviewer didn’t even cover any of the 6 innovations in the Librem 5 and he didn’t even know that he was using a phone still in development.

Purism is going to have a hard time marketing the phone, when reviewers don’t understand what they are reviewing. I think that Purism should send the Librem 5 to groups that usually don’t do phone reviews, like LWN, Phoronix, Linux Journal, Full Circle Magazine, OMG! Ubuntu!, Late Night Linux, Rob Braxman, privacybee.com, digitalprivacymatters.com, etc., because at least they can appreciate why someone would want a Linux phone or a privacy phone, and evaluate it from that perspective.

I really wish that every reviewer would read the community FAQ, so they understand the Librem 5 better before they review it.

If Purism needs money to do/grow , just ask us for donations.

I wish that would work, but I’m skeptical. People are more inclined to put down a lot of money for a device than to donate money to a good cause. When someone pays $799 for the Librem 5, they are effectively giving something like $500 to Purism to do development, which is much easier than convincing 20 people to donate $25 each to software development.

Another issue is that Purism needs to create a non-profit organization if it wants to receive a lot of donations, so there is transparency in how the donation money is being used.

he didn’t even know that he was using a phone still in development.

if they’ve only manipulated proprietary devices all their lives they don’t know any better. if they did know any better would they even care ? if they cared would that be enough to sway others ?

Purism is going to have a hard time marketing the phone

There are benefits and drawbacks to an enthusiast audience. The biggest benefit is that if we like something, all of our friends will probably buy one. I personally know a few people who are pending me getting my L5 and liking it to place an order, and I would imagine that is true for a lot of people here.

The same thing happened with Pebble, enthusiasts didn’t just like it, they really liked it, and told all their friends about it. Pebble did 0 paid marketing (at least initially, their demise was when they tried to go mainstream and spent money on ads, ironically), and they made a very good product that a lot of people, myself included, purchased (I can’t speak to their financial situation). They made a lot of money with no marketing, because they targeted the market where people actively hunt down products. I found the L5 while looking for a new phone, I wanted something new that is privacy-respecting, and most android forks only support phones from ~2 years ago, so there isn’t really anything you can purchase new for degoogled android.

(As for the drawbacks of targeting enthusiasts, they have no loyalty and will leave once there is a new shiny object that has slightly better specs, see no NFC on the OnePlus 3, but at the same time that can be a good thing because it ensures that companies like Purism have to keep innovating or they fall behind and loose all their customers.)

I think these links are generally fine so long as it’s apparent in the URL with something like “?ref=” because that makes it easy for anyone to delete before hitting Enter. There are libre browser addons like Clear URLs that trim away all that junk.

On advert links. I’d say any site that allows log in, I think it’s perfectly acceptable to have embedded links for non-logged in viewers and, if possible, allow for members to opt-in to keep these as a way of funding the site/organization/person.