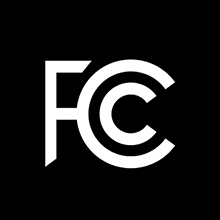 Laboratory Division Home Approval Guide Overview Radio Frequency (RF) devices are required to be properly authorized under 47 CFR part 2 prior to being marketed or imported into the United States. The Office of Engineering and Technology (OET)...

Seems you missed that

“prior to being marketed”

Anyways, the radio cards are certified, but as an electronic device, as a whole, the phone must be too.

I don’t know why Kyle plays this down, what is the legal loophole to keep shipping non-certified electronic devices, or why someone would want a non-certified one…

They are a hardware company, they should know exactly what they can or cannot do.

I won’t look further into this, but I’ll expect to get a certified phone.

Have to have it to be imported into the US?

The cellular modem is imported by itself - but it already has certification.

Then, in accordance with your choice, the cellular modem is installed in your phone. But that’s not being imported into the US.

That makes sense. I just want my phone. Going crazier waiting now that it’s getting so close to shipping. Coming down to the wire after almost 3 yrs. the finish line is getting real close. They say end of Dec or early Jan for me! Starting to get really excited! Soon the presents will be under the tree

Yes, even if you kill switched off the two radio cards, the mainboard that
Purism designed and the phone as a whole, theoretically, can produce harmful EMI (electro-magnetics interference) that causes the plane to crash.

Because it’s something of a grey area. If you go buy a desktop computer from an SI, it won’t come with an FCC sticker for the machine as a whole. There are simply too many permutations of case, PSU, CPU, motherboard, videocard, and onboard wireless to actually do that. Instead, each individual component which produces EMI is certified, and the device as a whole is treated as an unintentional emitter (despite the onboard wireless, the assembled device’s assembly does not intentionally transmit). This is still the case when the SI uses custom PCBs or similar to reroute power or data through risers or cables not in the above list.

Purism is taking the line that the phone is in the same category, and like a desktop computer with a wifi card in an m.2 slot, it still can be treated as an unintentional transmitter. They are likely to be correct, but are still pursuing the FCC stamp of approval, both for simplicity, and so if one of the phones does go to causing significant interference, they can demonstrate good faith effort to comply.

In a nutshell, yes

just lol at that radiation and you’ll be fine

but keep that iodine close and the HKS closer

That radiation is but a small fraction of what one absorbs daily if they go out in sunlight etc. Iodine is very good. Selenium is helpful too. HKS could be the answer one is ultimately seeking. Lol doesn’t make it any more of a joke than the Dr. Strangelove movie did for global nuclear annililation. Whatever floats your boat.

Whatever floats your boat.

or in this case the FCC’s boat …

Yeah I really dislike any gov

Long we answer, it depends on how crude of an estimate you’re willing to accept. I can estimate you will get your Librem 5 within the next 10 years with a reasonable degree of confidence. Others may be willing to estate within the single year timeframe and still others may venture to estimate within a range of months, however as the range of the estimate decreases the current level of precision also decreases.

I think it’s been pretty well stated by Kyle that Purism will need a few weeks of actual shipments to be able to provide a reasonable estimate. This is week 2 of evergreen shipments I believe so I would say 6 to 8 weeks from now would be a fair time to check back in.

Although, they seem to be working through the September 2017 orders at the moment. Of course, it depends on how many units were pledged before your 29 September date. (Check the crowdfunding page on the web archive/Wayback Machine for a date close to yours and see what the count was.)

Minus the donations, the dev boards, the +screen packages

My very approximate gross estimation of your position is around 1375

Now it does tell you when you’re gonna get it, but I think the L5 USA will be sent before yours
I think it depends on the ability of purism to send phones per day
You can theorize about it :
How many staff people are shipping ? how many phones per hour ? how many hours per day ? how many days per weeks ?
But all this is just food for thought

Often discussed here and commented by Purism. They won’t give you an estimate. Shipping started. They fulfilled their (often postponed) generic promise (to the whole world and to those who still potentially want to pre-order). Your pesonal/inidvidual need for information does not bother them.

I do not want to bother them. And if you mean they are indifferent, you are most probably wrong.

Is there any way to crudely estimate when L5 will arrive?

Follow here: Another Evergreen in the wild! to the specific EU count down topic. Watch the delivery date relative to the order date.