The Pocket Reform: Linux Handheld, Made in Berlin 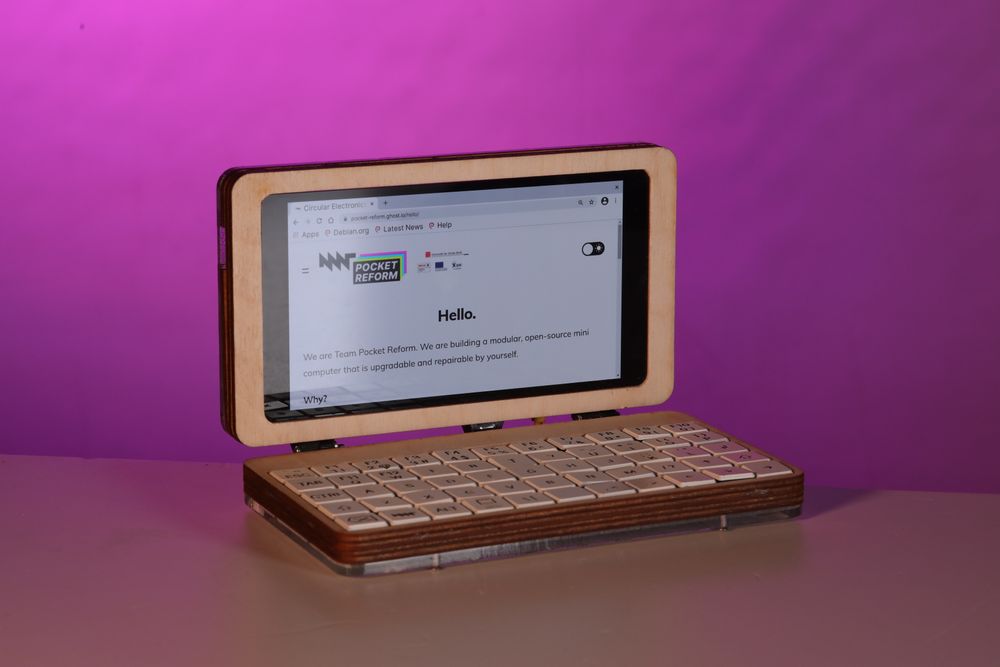 Update 27/06/2022: The PocketReform has been officially announced! More information can be found at this page. In the last year, we have seen an unexpected revival of handheld computers (or PDAs) with hardware keyboard, all of which based on Linux:...

Pair that with jmp and a headset, and you have another Linux phone

…and perhaps a cavernous pocket.

…and perhaps a cavernous pocket.

not many technical details are known yet

So I am little unclear on what stage this product is really at.

The PocketReform uses the same high-end NXP i.MX8 SoC as the MNT Reform, which is also that used by Purism’s famous Librem 5 smartphone.

Hmmm. I wouldn’t call that “high-end”.

And I think the statement is just wrong. It is not the same SoC as the Librem 5. Similar, but not the same.

an NVME m.2 SSD slot can be found on the board

you have another Linux phone

As a legitimate Linux phone …

It suggests that the WWAN module is optional. So out-of-the-box (standard configuration), no. Possible? Yes. Although as we well know, actually getting a compatible module with Linux support and getting it working are easier said than done.

So I am little unclear on what stage this product is really at.

Alternative to smartphone (data or VoIP only)

So I think they are saying that whatever modem module they are using, they didn’t get voice calling working (yet).

Also, I couldn’t tell whether the screen is a touch screen.

There are some points that I particularly like for a device that seems more like a computer than a phone e.g. HDMI output (more compatible with what I have) and e.g. Full HD display.

No advertised price that I could find.

So I think they are saying that whatever modem module they are using, they didn’t get voice calling working (yet).

I think they’re saying you can get a data sim and use sip or something versus getting something like an awesim line. So pretty much “cellular data.”

Nokia Communicator “plywood edt” by freak-3D print is back … looks like the blueprints plus some glue will enable you to build it yourself. Hopefully I do not need to rewrite GNULinux manually to match the styling approach. Funny project, good luck to the guys! Most successful projects started this way, didn’t them?