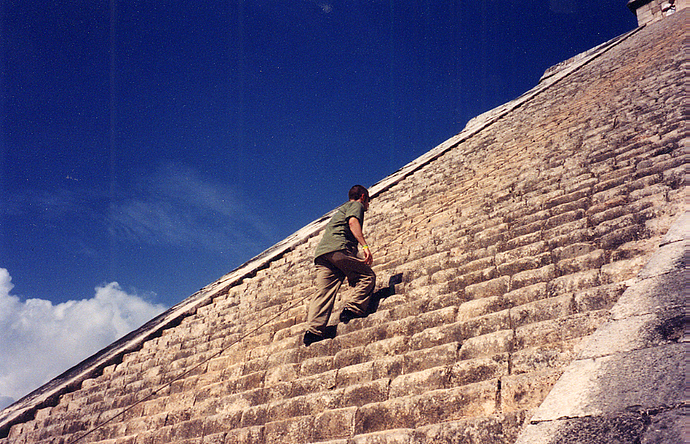 Which tech company would you trust to control your neural implant ?

None. I’m so glad that tech is not yet there. If today’s companies had that tech, first thing they’d do would be to induce dopamine release when the, for the lack of better word, user of their product sees their logo or hears their name.

I’m also very very glad that I do not need a pacemaker. Pacemakers are the worst. Closed, ridden with bugs and while nobody officially can admit it, I believe multiple people have already died because of hacked or malfunctioning pacemakers.

For me it does not

I already despise all of these. Computer can read and write to my brain indirectly, and my cognitive filters work only if I’m paying attention. Even then they let something unwanted through.
Example: Annoying, unwanted ad is still having impact on you. It is sufficient that you momentarily have to focus on it, if only to dismiss it.

I can’t pay attention all the time, nobody can. Tech giant know that and explicitly hunt for the moments I lose guard. For example: my current android phone periodically asks me to allow it to sync contacts with google. The popup comes up randomly every few days, and it is one touch away to “express consent”. No way that I could find to dismiss it permanently. One day it’s going to insert itself right under my finger where I’m about to do something completely unrelated on this phone. It’s a little battle I have to keep winnig all the time, they only need to win it once.

Why do I need to battle with suppossedly my phone? Why the word “battle” cropped up in the first place?

With no way to turn back, I’m just getting off that car. I’d rather pay the towing fees and whatever police and courts say, than those $10 in that toll booth.

they have a saying “to boldly go where no man has gone before” and if possible with the eyes wide shut > https://en.wikipedia.org/wiki/Eyes_Wide_Shut

I’m so glad that tech is not yet there.

And then there are us old farts who will avoid it for religious reasons. (I won’t go into that else it gets political and heated, people start quoting things.)

by the way, why is this under Site Feedback ? just curious …

edit1 > that’s a triple T in one sentence

I’d be happy to move it to the general discussion category of @ajlok is OK with it.

None. I’m so glad that tech is not yet there.

Computer can read and write to my brain indirectly, and my cognitive filters work only if I’m paying attention. Even then they let something unwanted through.

Perhaps though with the kind of technology implied by the post, and trusted open source filtering code, there would never be a moment when the filters are not paying attention.

The popup comes up randomly every few days

Ah, yes, I have the same problem with the spiPhone and installing updates. I say “no” and it badgers me again and again at unpredictable moments.

Why do I need to battle with supposedly my phone?

That’s why we are backing the L5 … a phone you can own.

Pacemakers are the worst. Closed, ridden with bugs

Even worse: legislation in various countries that will allow the government to require the pacemaker to have a backdoor. Intentional bugs, in other words.

Do bear in mind that this forum has an international audience and not everyone is a native English speaker.

Do bear in mind that this forum has an international audience and not everyone is a native English speaker.

It’s OK. How am I to improve if nobody points out my mistakes? And @reC was polite about it.

Pacemakers are the worst. Closed, ridden with bugs

Hey, I work for a company that makes sensors that go into pacemakers. Although probably not the software that goes into them. (Pressure sensors you see, sends a signal when they need to go thump.)

Kudos, you save lives. As for pacemaker and other sufficiently complex devices: a device is either open and well documented, or backdoored. Tertium non datur.

I think this kind of desire for control is a big part of what’s behind the push for ARM into non-phone spaces. Moreso that performance per watt.

Nah I just swap tapes for offsite storage and keep a legacy system up.

On the other side of the coin I think we also made a pressure sensor that told a torpedo to go boom. (Or used to anyway, we may have sold that product line off. I was told it was long ago.) Also the street sensors that keep the light red when you want to go and a thing that makes the school bus stop sign appear when it stops on the drivers’s side.

This made my day

I think that it will likely be quite some time yet, before electronic tech can interface with the human brain in the same way that a newly installed hard drive interfaces with a PC. And thank goodness for that. Our society can’t even get its smart phones right yet, much less a device that directly defines the essence of who we are.

My guess is that humans will adapt to meet the machine, more-so than the machine adapting to meet the human, at least at first and in to the foreseeable future. We may yet discover new methods for humans to meet the machine. For example, if there are small muscles in the spine that could be trained to move at will (a wild speculation), we might be able to train people to use those muscles in conjunction with sensors, to have in essence, a glorified keyboard. Such a keyboard may not need to occupy our hands. It might possibly allow much faster communication, given the lack of being restricted to a twenty-six character alphabet. It might instead, give rise to a new language that is optimized to meet the biological limitations of the transmission site as opposed to the limitations of a ten-finger input system. The same could occur for reception of information from the machine (perhaps a much more advanced type of braille that enters from a different part of the body instead of through the finger tips). In the same way that the reader of text sees not ASCII characters, but instead sees the ideas that are conveyed through the text, such a new system could possibly allow hands-free/mouth-free communications that could approach a level of virtual telepathy, both with other humans and with machines. But the human is still in control in the same way that we control what we type and what we read.

If we go beyond such a scenario and in to a realm where machines adapt to meet directly with human biological intelligence, I think that scenario is still too far away to speculate about with much accuracy. And when it does happen, it’ll be a technology in the infancy stage, which will require a significant amount of time to mature. It’ll be all about biological discovery and not so much about computer sciences which for the most part, we’ve already mastered. I think it’ll also involve an extremely analog world full of fuzzy logic that even us humans know little about, even though we own and operate our own brains on a daily basis. It’s one thing for a brain scan to detect your moods and what parts of the brain are active. It’s quite another thing to use nothing more than thought itself, to communicate to the outside world that you want your steak cooked well done, unless you have some kind of a keyboard or you speak the words with your mouth. Anything else right now is pure media hype or science fiction… at least as of today.

It’ll be all about biological discovery and not so much about computer sciences which for the most part, we’ve already mastered.

most people haven’t yet reached your level of neural net complexity … i.e they are incapable yet of distinguishing between the nature of things as you are

All in good fun here. You’re not a Google employee are you? Because until Google can get a lock on it, create a method to index it, and control the code to access it, it’s not real anyway. Ignore that man behind the curtain.

You’re not a Google employee are you?

my employer is WAY greater than snoople i’m afraid …

I have moved this discussion into the General topic.