So Tutanota posted on their blog how to break free from Google/Android and they recommend Purism! Thought it was cool and had to share.

How to leave Google behind: Quick guide to take back your privacy online.

Stop privacy-intrusive services from exploiting your data. Now is the time to leave Google, Facebook & Co. This guide recommends privacy-friendly alternatives so that you can deGoogle your life.

It’s a bit further down, text:

“Change your Android system to LineageOS”

“When you want to get a new smartphone, take a look at the Purism 5. It is a Google-free phone that focuses on privacy and security.”

The ‘Purism 5’ is a link straight to the shop page. Maybe someone from Purism can reach out and help them out? It’s the Librem 5 of course, but maybe there’s something there to help keep getting the word out. I know Purism has Librem Mail but I still thought it was pretty neat.

I suppose that if they were serious, they would create apps for the L5 (one for the email service and one for the calendar service). It would seem that at the moment you would have to use the web interface for each service (as the apps are only iOS and Android).

What’s wrong with that?

Depends on how well a given web site functions on a physically small screen. (Can be anywhere from “fine” to “horrible”. If they provide the web site with the expectation that it is only used on desktop/laptop because phone users would use the app then it may be towards the “bad” end.)

Depends whether the web site has the full functionality of the app. (I would be suspicious that the 2FA/TOTP functionality might require an app.)

Regardless of those questions, my comment is also about a level of commitment. It is one thing to “recommend” a Librem 5 in a passing comment, another to show commitment by porting your apps to the Librem 5.

I just don’t think a separate “app” is ever a good compensation for a bad website.

The app is on F-droid. Sure, it could have been a passing comment but I thought it was neat they mentioned it. I haven’t seen much on the internet regarding Purism besides this forum and a couple other sites.

Regarding Tutanota, I like their website and they have a solid app. Not sure what it would be like on the Librem since I haven’t gotten mine yet. Would apps from F-droid not work on the L5?

Tutanota has an AppImage package for Linux (which is essentially just a wrapper around their website, just like the Android app - I assume it’s based on Electron), so it should be no problem to run that on the Librem 5. I’ve used it on PureOS and it works quite nicely.

I just don’t think a separate “app” is ever a good compensation for a bad website.

Their website (mail.tutanota.com) dynamically adjusts to the size of the window/screen, which allows their “app” to just be a wrapper around their website, no matter which platform the app is for. It feels very well-designed.

Would apps from F-droid not work on the L5?

No, Android apps will not run on the Linux desktop out of the box. There are attempts to get these to run using Anbox which lets you basically run an Android Virtual machine on the desktop, but that is currently neither stable, nor well integrated, nor performant. So, I would not expect fdroid apps to be very usable or useful on the L5, really.

Does this mean anything? 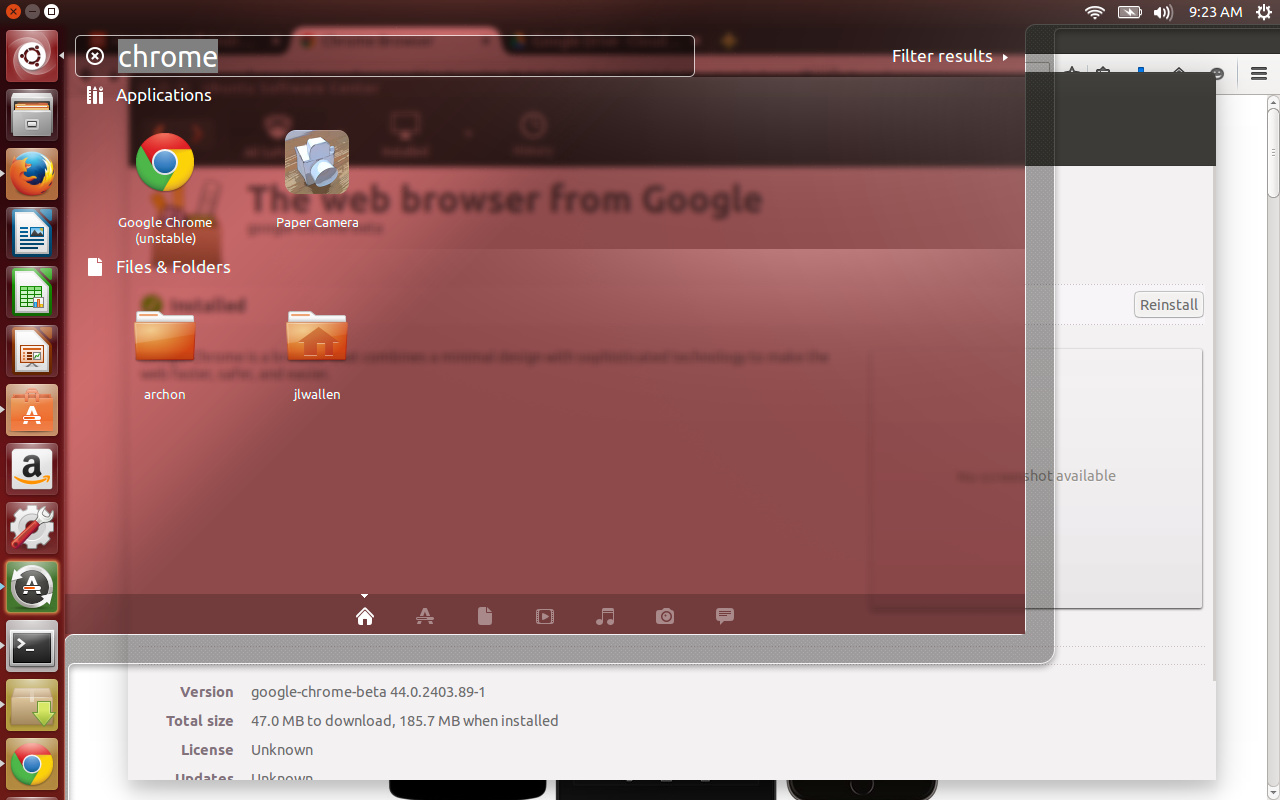 I’ve spent a lot of time on the Google Play Store. During that time I have discovered plenty of really useful apps that would be great on the Linux desktop. Fortunately, thanks to some crafty developers, it is quite possible (and actually easy) to...

This is awesome news, even if its a small mention, publicity is publicity.

Let’s hope more organisations do this.

I guess it can’t hurt to reference the current state, which is:

Anbox works on this developers device
(click for picture / details)

Is it possible to use Android apps on the Librem 5? Phones (Librem 5)

So, turns out it is perfectly possible. Now, dear community, come in and make it actually usable

because now you can be spied on your L5-running android

Sure, I can see where you’re coming from. For me personally, it was just a statement on seeing Librem 5 being talked about on the internet and getting clarification of the specifics regarding F-Droid.

It would help Purism and the Librem 5 to not be seen as just for early adopters and tech enthusiasts or “nerd” types. There are plenty of people on the forum that are highly knowledgeable on certain technological subjects and that is great for people to learn. It has been mentioned before and I am not going to hash out any arguments on this thread.

Simply, remember there are people that want to support Purism’s mission and open up the smartphone market and have privacy become more of a focus rather than keep churning out spybricks. Educating people is a better angle than ridiculing or admonishing them. More Librems sold will be beneficial for everyone in the long run.

On a personal note, it is important to remember your comments can deter people from otherwise participating. I have been a member of this forum over a year and lurked before then. I didn’t support as early as some because I was skeptical after Canonical and the Ubuntu phone. I have commented very little and this was my first thread precisely because I have been concerned about backlash. Some users are more helpful than others and I appreciate that.

it’s all good … we need more people buying the L5 and being willing to be spied on through the borg’ ecosystem … it helps Purism grow while some Governments and corporations will keep expanding their power and influence as well … after all it’s symbiosis right ? good coexisting with evil … it’s fine we’re friends

For a lot of people, they have to have app X or Y in order to use their phone and they don’t think that those apps will arrive in Linux any time soon, so the choice is between having a couple apps that spy on them or having an entire phone that is designed to spy on them.

Let me give you an example. I like to listen to books when I am doing work with my hands, but I have yet to find a decent text-to-speech program in Linux to read out-loud to me. Mary TTS is understandable for English texts, but nothing like proprietary Ivona. However, for Spanish books the only option is espeak which is absolutely horrible. After I spent 5 hours installing LineageOS on my current phone, so it runs on 99.5% free software, the first thing I did was install Ivona because I like to listen to books. If there is no option for decent TTS in the Librem 5, I am going to have to keep my LineageOS phone just for listening to books.

I guess it still would have advantages using a linux phone over a typical android device.

Anbox is using LXC which containers can be started or stopped and restricted in accessing your hardware you don’t want. It’s kind of configuration overhead but doing it right I guess that you can effectively restrict things from happening. Like a good firewall configuration in Linux

Ofc you can also restrict things in android, run AOSP and stuff - but I don’t have much insight of how seucre that is.

With the tension of companies having apps for having android apps instead of websites or open apis it’s from my perspective understandable to be able to run android apps.

Ofc you can also restrict things in android - but I don’t have much insight of how secure that is.

That’s the problem. Noone can have any insight into how secure it is. It is taken on trust.

You may deny the app access to the camera (for example) but there is no way to know whether there are some circumstances in which the app will nevertheless be able to access the camera.