two MVNOs on the AT&T network reported so far that have allowed L5s, PagePlus and Red Pocket.

Correction: Page Plus is a Verizon reseller, not AT&T.

For general interest, here is a list of current AT&T MVNOs (excluding international SIMs like Truphone, I believe): 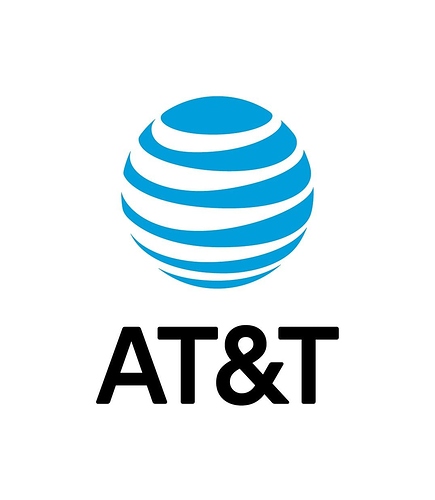 An AT&T MVNO is any wireless provider that doesn’t have its own wireless network or towers and instead uses AT&T’s network to provide you with cellular service. This AT&T MVNO list compares dozens of providers and their plans side by side...

Thanks, amarok. I meant to say that the wiki list only shows L5 users with voice-text-data so far on only two AT&T MVNOs: Truphone and Red Pocket (both yourself!)
https://source.puri.sm/Librem5/community-wiki/-/wikis/Cellular-Providers

So, that list so far shows L5 voice-text-data success on AT&T, Truphone (AT&T), Red Pocket (AT&T), and T-Mobile. But not Page Plus (Verizon) or Ting (T-Mobile). And, I’m skeptical of whether the user who got on T-Mobile in December is still getting on since 01/01/21.

I added a 2G wrist watch phone to Mint Mobile (a T Mobile MVNO) just a month ago or so ago. It works fine now. When I activated the SIM card, the customer service person asked what the IMEI number is and I told him I just wanted to activate the SIM card for now and didn’t have the IMEI number on me at the time. He said okay and activated the SIM. When I was completing the activation from my PC, they sent me a code via text message to the watch itself. I typed it in online and then everything just works now. I was shocked when the text came in to the watch since I hadn’t set anything up on the watch yet, other than inserting the SIM in to it. The customer service person probably doesn’t care most of the time. If they refuse to activate your SIM, just call back in a few minutes and try with a different customer service person.

As far as I can tell, it’s only the AT&T network for full voice-text-data with the L5 right now, and then only for one year from now without VoLTE enabled.

I believe that T-Mobile is putting out these statements so that it has something to tell irate customers when it shuts down a 3G network in their area, but the shutdown of 3G will be piecemeal and T-Mobile doesn’t want to deal with the huge customer backlash of not allowing any non-VoLTE phones on its network. It would overwhelm its support staff and cause T-Mobile to lose a lot of customers to AT&T. Instead, T-Mobile drops scary announcements to get its customers to change their phones, but considering that T-Mobile only announced its change 7 months ago, I don’t think January 2021 is the real cut-off date for non-VoLTE phones. Since T-Mobile isn’t clear with the public about its VoLTE policy, I don’t think that Purism can tell you what T-Mobile is planning.

From @mladen’s email to you, we know that the spec sheet for the BM818 now says that it has VoLTE support, but it doesn’t sound like the MB818’s VoLTE is configured for specific carriers, so Purism is going to have to add software that configures for the carriers. That is how I interpret Mladen’s email, but I would appreciate an official statement from Purism to confirm that.

As for testing other cellular modems which @mladen also mentioned, it doesn’t look like Thales is offering Linux drivers for the Cinterion PLS83-W, so that one seems to be out of the question.

Also just to add, but the T-Mobile news about dropping support was leaked to the press early - during a pandemic where they’re looking to still turn a profit is a bad time to not be able to control the narrative.

Id’d not be surprised if this stops being a goal for them for a little while longer, while they continue to refarm existing spectrum without risking any sort of official action until it can be seen as more politically correct to do so.

The fact remains, though, that if you’re on T-Mobile or a T-Mobile MVNO, and the 3G signal where you live, work, move around, or travel is either very weak or non-existent, and you’re using a non-VoLTE phone, then your incoming and outgoing calls will probably not connect. Your phone will likely not even ring (in or out) as it drops to 3G and looks for the signal. That’s what was happening with my Android on T-Mobile MVNOs…and I didn’t even realize it for weeks.

Calls didn’t go to my voicemail, either.

Wouldn’t all the VoLTE fooforah be moot if AweSIM included a libre service that worked like Google Voice?

Speaking of that, and somewhat related, I tried to install Linphone on the L5 a while back, but it didn’t work out so well. Maybe with Byzantium…

For what it’s worth, I have been testing out VoLTE over T-Mobile networks by enabling the VoLTE mode on the Librem 5 modem (which is disabled by default right now). Once enabled, I can successfully receive calls over 4G.

Unfortunately when I attempt to place calls, the carrier disconnects them, sometimes after the other side rings, sometimes before. When in this mode I have to go into modem settings and tell it to be 3G only and then I can place an outgoing call.

This leads me to believe that it could simply be a matter of having the carrier add the modem to the allow list for VoLTE. Or at least that’s the next step we are pursuing. We’ll know a lot more once we get past that point and can test outgoing VoLTE calls once the carrier allows them.

Nice! Making progress.
Thanks for the update, Kyle!

Not having read the whole upper part in detail, one question:
Which modem? Thales or Broadmobi?
I thougth first one is not available for Evergreen while the latter does not support VoLTE.
That’s why I am confused.

This is with the Broadmobi BM818-A1 modem that we ship in all North American phones. If you look up the specs for that modem you’ll see that it does claim support for VoLTE and indeed includes a toggle for it with an AT command, there just hasn’t been extensive testing of it, or adding it to allow-lists throughout global carriers yet.

@Skalman originally posted links to a Broadmobi BM818-A1 spec sheet and manual in a different thread: Librem 5 BroadMobi modem reports wrong (?) manufacturer/model info -- bug in firmware? Where to find documentation for the modem?

Kyle, thanks for providing some Purism voice on this issue, which sounds quite encouraging. To clarify, are you suggesting that enabling VoLTE on the BM818-A1 is possibly just a matter of establishing permissions for Purism to use this particular modem on a given provider network? Can you offer a short task description and timeline for getting a given modem added to a given allow list? (What is that and how long does it take?) Is Purism pursuing both T-Mobile and AT&T allow lists for the BM181-A1?

I’m no expert in VoLTE or cellular modems, so I’m just giving my non-expert assessment based on my personal experience with trying this, along with my general expertise in troubleshooting things. Based on that, it seems the hardware does support VoLTE as it states, and works just fine for incoming calls, and that we just need to figure out why outgoing calls don’t work. It could be as simple as adding to the allow list, maybe once we do something else will come up. We’ll find out soon enough.

I really don’t want to map out a project plan, timelines, deliverables, etc. in this thread. I’m trying to participate in the forum as much as time allows, and can answer quick questions, but I can’t budget the time to research with the team and create GANNT charts, project plans, or other things like that.

We have confirmation from a member of the community that after performing the steps to enable VoLTE on their modem and rebooting a few times, they were able to make and receive VoLTE calls through their provider (1&1 in Germany).

So I’m even more confident this is just a case of getting carriers to allow it.

Awesome,
Thanks for looking into this! I am kinda curious how hard it is to “Get the carriers to allow it”. But sounds like we’re about to find out.

Random thought: Do carriers see this phone as just a BM818 A1, or do they see it as a librem 5 for their allowance checks? Mainly curious to know what they see and how.

Random thought: Do carriers see this phone as just a BM818 A1, or do they see it as a librem 5 for their allowance checks?

They would just see the IMEI which corresponds to the BM818 A1. Now I suppose given how few of those are out in the wild, and that it’s modem Librem 5 is known to use (web searches for the modem bring up a lot of Librem 5 pages), they could correlate the two. But they wouldn’t see it as a Librem 5 unless they decided to hard-code that correlation in their database.

Just to add, this was with the European variant of the modem obviously.