Google Voice and the Librem 5

Continuing the discussion from VoLTE questionable support and future of the L5 phone:

I think there may be some older threads on this as well, but this post brought it to the forefront for me again.

Related to the post above, it is a (relatively) recent development that GV calls default over data on the phone. The handoff between wifi and cellular data is… Sub-par… but this does point to SIP as a potential alternative to VoLTE. I’m not sure how I feel about it as the official solution, but I don’t hate it. Though I would miss having 2 numbers on one device.

Being as the L5 would likely use the web page for GV, can the web pages wake the L5 from screen off for an incoming call?

If you don’t mind using XMPP might I suggest looking at JMP Chat if you’re Canada/USA based?

I can go into more detail but think their FAQ would do a better job - think a SIM free non-data Google voice line tied to an XMPP account where you still get sms (routed through XMPP) and make/receive calls via SIP or Jingle (depending on client, outgoing Jingle calls being worked on).

Disclaimer: Im a user of that service, and used it via the PinePhone for an MMS workaround via Chatty. This was my plan as well should the Librem 5 or other Linux phone projects not receive VoLTE support.

See David Hamner’s video on this, on the Librem 5: 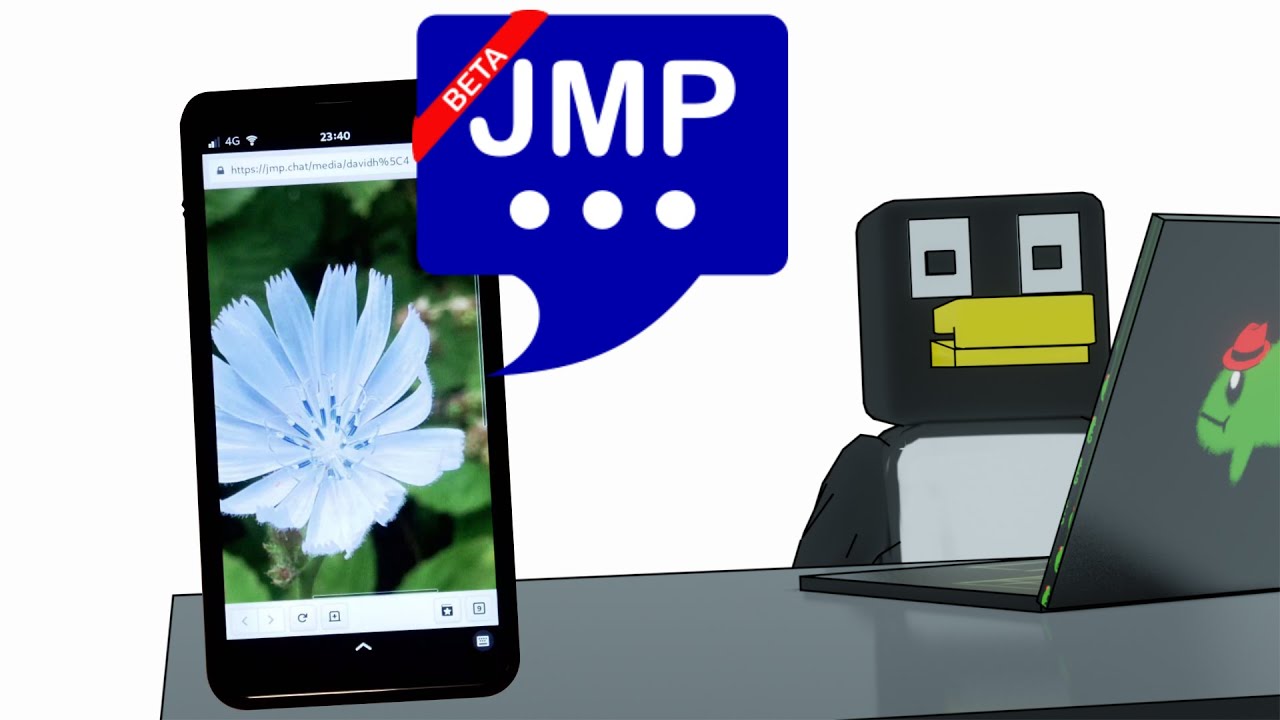 It also looks like a work in progress that has a bunch of missing functionality (not necessarily bad, just an observation). For instance voice calls only work from SIP to XMPP not from XMPP to SIP at least according to their site.

I like where I think they’re headed with this and hope that it can become the GV replacement it looks capable of becoming, but I’ve been burned by so many potentials on this front it’s hard for me to get excited. I also don’t really understand how it works even after reading a bunch of the wiki and watching that video. I think it’s an xmpp+sip bridge but there also appears to be a bunch of parts that I can’t figure out what they’re doing.

To clarify, voice calls over the phone network with JMP work like this:

Aside from perhaps outgoing calls over XMPP (per above), which functionality do you feel is missing from JMP? Is there any feature of Google Voice that you feel JMP does not have?

To your general question of how JMP works, here is a brief summary:

So yes, it is a bridge to the phone network that uses XMPP (for text/picture messages) plus SIP (for calls). Does that help?

Aside from perhaps outgoing calls over XMPP (per above), which functionality do you feel is missing from JMP? Is there any feature of Google Voice that you feel JMP does not have?

I think there are a few things, though I may be wrong from just not understanding. The things I use that I think are missing are:

Having the JMP number ring multiple devices and phone numbers at once. (The OG feature of Grand Central)

Call routing: GV rings not just all devices logged into it, but also any phone numbers I’ve associated with GV so I can have it also ring my work number during work hours then ring my home number in the morning and evening but go straight to voicemail at night unless you’re in a specific contact group.

Ability to have a contact group, for example “blocked”, where those calls get sent the error for “this number has been disconnected and is no longer in service”

The other features that appear to be missing also appear to not be necessary, like forwarding sms/mms to email.

In listing these out, I am noticing that many aren’t as important to me as they once were. The most important feature to me, that I think is missing, is definitely the ability to ring multiple phone numbers when the Jmp number is called.

Thank you for trying to clear up my understanding of jmp. I think I have a decent enough understanding and while I’m not sure it is a complete GV replacement (yet) it does seem like it might be the closest thing I’ve encountered.

Thanks very much for the detailed list - there are indeed items in there that we could add to JMP yet.

Most of the features (including the most important one you mentioned) can be achieved by using JMP in conjunction with an additional SIP service. For example, you can have your JMP number ring multiple SIP accounts or phone numbers, and customize this by time of day (among other treatments), using https://www.callcentric.com/features/call_treatments - this can be done without paying Callcentric, using their IP Freedom plan if you like, though that works only if each endpoint is a SIP address. To ring multiple phone numbers you’d need to pay Callcentric a little bit. Once Callcentric is configured, you can set JMP to deliver incoming calls to your Callcentric SIP URI on the last step of the JMP signup, so Callcentric can then perform the call treatments you’ve configured.

That said, this does seem like the sort of feature we could add to JMP. One concern is that calling people back from a forwarded phone number doesn’t have a very good user experience, since it won’t use the correct Caller ID unless you do extra steps. I suppose for power users they’ll remember to call back using a different method, though.

You can have your SMS/MMS delivered to email instead of XMPP if you prefer, using the email bridge we run - for example, if your email address is person@example.com you would use person\40example.com@smtp.cheogram.com as the Jabber ID during JMP signup to get incoming SMS/MMS delivered there instead. You could also use this in conjunction with a tool like https://k.sfconservancy.org/ForwardXMPP to have the messages delivered to multiple Jabber IDs (which could include some “email Jabber IDs” per above) if you like.

Generally speaking, the focus of JMP has been strongly on the text/picture/group messaging side of things (SMS/MMS), since these are the features where most VoIP carriers lag far behind the proprietary options like Google Voice. We have mostly left it up to other VoIP carriers so far to provide the more advanced incoming call routing features, since these are provided by many different VoIP providers already. But if you want group texting, there is no way to shoehorn that into any other VoIP provider we know of. That’s why we focused on that for JMP, and deferred some of the call handling until later, since at least that part can be delegated to other services, while any missing texting or picture messaging features can’t be resolved by other services if your primary carrier doesn’t support them.

This JMP service looks like a good start. But I don’t know if my calling habits will fit within the monthly 120 minute per month phone calling limit or not. The robo-calls that I receive daily might cause me to go over that limit.

What I do like about JMP by reading this one page is that they appear to be talking to regular people like me. Every other company that appears to be capable of providing me with a Google Voice replacement service that I’ve found so far seems to be trying really hard to prove to the world how big and powerful they are, using long strings of telecommunications industry-specific terms that I don’t fully understand, to show me how effectively I could use their advanced technology services to harass billions of other people (with literally volume price breaks if you send up to a billion text messages in some cases) with my own blast messages or blasted phone calls which I have no desire to send anyway. So most companies in this same business are the same enemy that harasses me every day and that I wouldn’t want to send them even one penny of my money, even if they have something I might want. Hopefully JMP isn’t one of them because once again, there is a social purpose involved, at least in my opinion.

Most of those big internet and phone based telecommunications companies just want the low-hanging fruit. They want a comparative handful of high-paying customers to service blast advertising for, rather than catering to the average person’s needs with integrity as a feature of their product. If they’ll do it ‘for you’ they’ll do it ‘to you’… and many of them do, every day. That’s a whole eco-system that I wouldn,t wouldn’t want to be a part of nor contribute to. As a matter of principal I won’t do business with companies that offer those kinds of blast-advertising services also. Trusting Google with my phone calls is bad enough. But at least Google has some semblance of civil responsibility and reputation to protect.

I wouldn’t know whether a paid service with a no-name company would even give what GV gives unless they promote a social purpose of privacy and respect and then prove it by not catering services to the contrary for their other customers by selling them services that offend me. I look at ‘purpose’ even more than I look at the ‘technology’. If JMP chat respects its users and doesn’t sell offensive products or services to anyone, then maybe I should seriously consider moving from GV to JMP.

(Disclosure: In case it wasn’t evident from my previous posts, I started JMP and am still the owner/operator today.)

While we’re in beta, the limit of 120 minutes per month is a soft limit - we don’t currently charge for going over that. Once we’re out of beta, we will charge US$0.0087/minute for minutes beyond the amount included in your plan.

I’m happy to answer any specific questions about what JMP’s motives are and/or how we’re different from other services like JMP. In short, we want to continue running it as a sustainable business, not taking VC funding or other things that could incentivize user-hostile “features”.

Unlike Google, we don’t ask for any personally-identifiable information. You can use and pay for JMP completely anonymously if you like.

Is there documentation on how to self-host a service similar to jmp.chat?

I would like to host my own bridge to the phone network.

Yes - in short, you can use the instructions at https://wiki.soprani.ca/VonageSetup to self-host a JMP-like service.

You can also self-host JMP itself if you want, though the carrier we use (Bandwidth) has added minimum monthly spend requirements since we started using them so it might not be as practical. The source code for all the JMP components is available from the Soprani.ca home page - you’d want the sgx-bwmsgsv2 project for the connection to Bandwidth.

We’ve previously described in some detail the different levels of self-hosting that are possible for phone numbers on a different forum, which you might find interesting - see https://old.reddit.com/r/selfhosted/comments/j9phqs/selfhosted_phone_number/g8l7q8c/ for details.

Thanks for sharing that information, Denver. I’ll take a looksie.

We’ve spoken before some years ago over xmpp. Thank you for being an inspiration to us all!

I’d like to simplify the process of self-hosting a jmp-like server by writing a service for guix system that automatically sets it up. If anyone is interested in helping please get in touch. 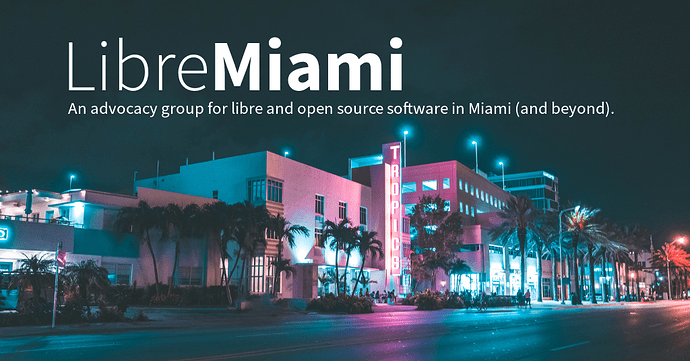