In anticipation of getting a Librem 5 with some battery life limitations and other Limitations, here are some ideas that I have. Perhaps I will get a dumb-phone with a long battery life and keep it on all of the time to receive calls and text messages, while keeping the Librem 5 turned off except for when I need to use it. I wouldn’t register the dumb phone with google or any other other tracking source. It might even be good to go in to the dumb phone with a soldering iron and tweezers to lift the power pin to the gps chip off of the board, to disable gps. Text messaging and phone would both go to the dumb phone. Everything else would be done when you turn-on the Librem 5, as needed. If you can find a dumb phone that can share its internet connection, you might not even need a phone or data plan on the Librem 5 until you eventually give up the dumb phone. Then when you’re done navigating or web-browsing, you turn the Librem 5 off until you need it again. Eventually as there are battery life and other improvements made to the Librem 5 software, the other phone is used less and less until it is eventually not needed. Anyone here who has received their Librem 5 doing it this way?

I’m kinda doing that.
I almost always have my Librem5, but it is not acting as my phone just yet. I keep my SIM in my Sailfish OS device except for testing.

Mostly, I use it for light web-browsing and hacking around.
When you charge it, I recommend you put the librem on a metal service for cooling. I sometime use a fan, but that’s overkill.

Did you get to test the reception on L5 (& what carriers) and maybe use it in different (poor.signal areas)? It has to be consistent at holding onto the signal to have any success as a mobile device, you know

Anyone here who has received their Librem 5 doing it this way?

No, because I don’t want to carry around 3 phones (the regular one, and the two phones stacked on top of each other, collectively known as “Librem 5”) all the time.

Probably won’t matter much though. By the time I’ll receive mine, the Librem will be either usable('ish), or a lost cause. I don’t expect mine until Q3, and by then we’ll have a clearer view of whether Purism can manage to fix all the issues that make the L5 unusable as one’s primary/only smartphone at this moment.

https://www.punkt.ch/en/products/mp02-4g-mobile-phone/ hot spot and a swiss based company 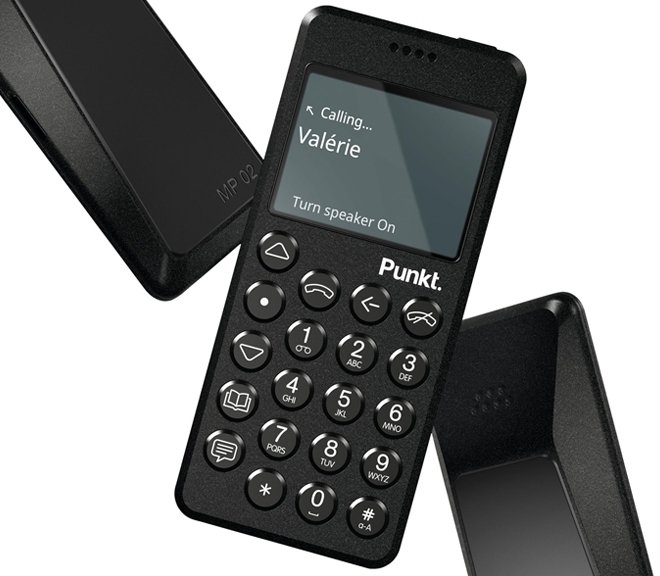 The Punkt. MP02 4G mobile phone is built for connecting with people. Featured with a minimalist interface, cool and stylish design. Shop now!

The only thing that sucks about these minimal phones, is that they are adopting the same sealed battery ideologies as everyone else. Thus trying to lock you into their hardware camps.

So maybe Purism’s next phone could be their own take on a minimal phone that offers hotspotting as well.

Сan be minimized to three buttons: up, down, enter. Everything else, including the numbers, is on the non-touch e-ink display. Also replaceable battery and a nice price

What are you referring to? You mean the purism version?

Yes, sorry for the inaccurate phrase. But this is a joke. Although quite available for implementation.

Thus trying to lock you into their hardware camps.

Really, this is just a conspiracy theory, with no value, if we are talking about highly portable, small devices. It’s not done by evil, manically laughing executives gathering around a table in a gloomy, moonlit castle high on a cliff in transilvania, to tie you to their hardware-ecosystem. It’s done to significantly reduce size and weight and/or increase capacity. It also improves weather sealing.
Plus, modern devices have a short life time, because people want new devices every other year, which isn’t long enough for a battery to deteriorate too far.

Most people will choose the small and thin device with a slick design with a sealed battery over a huge, heavy brick with exchangable battery, three times as thick as a modern phone.

I think it is more a conspiracy that you can’t have small yet user serviceable devices. The Librem 13 is a good example. I have a Libretrend Wildebeest which is even thinner, and yet has a dedicated NVIDIA GPU in it. Both are completely user serviceable.

The Samsung Note 4 I had was weather resistant and user serviceable battery.

If you don’t think the feature set was a convenient way to help push the 18 to 2 year upgrade consumerism because the batteries degrade around those times then you just aren’t paying attention to the industry.

Furthermore, Punkt specifically says in their product material that the phone is designed for longevity. It is a well known fact that batteries wear out. How is a phone that will barely hold a charge after 3 years build for longevity? On the other hand my Note 4 from 2014 is still working and has a brand new battery in it.

It isn’t necessary or required to seal batteries in. It just helps companies make more money.

I want to make one thing clear: I do not like nor do I praise this practise.

But, you are viewing it in a very wrong, conspiratorial way, if talking about highly portable, small devices (which a notebook is not!).
It is just a physical fact that a case which allows you to have a removable battery will have to be larger for a battery of equal capacity. Comparing otherwise equal devices, that is.
Even if you disregard the need of a different mechanical design of the case: the battery contacts of removable batteries take up more space than a soldered on battery.

Smartphones (there is a proven conspiracy theory for you) suffer from poor battery life (and poor performance) after a certain amount of time, because software updates make them perform poorer.

As to battery deterioration.
I have a minimal phone I bought some eight years ago. It has a removable battery of modest capacity which I have never changed. For the life of me I cannot notice a significant amount of deterioration. It still keeps my phone alive for approximately 14 days of light use.
The same goes for a mp3-player I bought even longer ago.
Batteries deteriorate, but not as fast as you seem to think. Granted, this does depend on how you use them. High current drainage and bad charging practices can kill any battery in no time.

What you don’t seem to take into account is the change in technology. Modern phones draw more power in tougher power cycles. They are charged in the same way that geese are force-fed until they almost burst and they get hotter while doing so, not to mention the warming of the battery by the other phone parts. The capacity hasn’t improved too much, though, in the same period of time. This means that batteries drain quicker, which deceives your perception. If I lose ten percent on a battery that keeps my phone alive for ten hours, then i lose an entire precious hour. That might be the hour I’m driving home from work and really need the phone to call my wife and now it stresses me out because its down to 5% and im not sure if its enough.
If i lose ten percent on 336 hours (14 days) then I lose more than a day, yes, but really after two weeks I have already forgotten if I charged it two weeks ago on tuesday or wednesday. Who cares, I probably haven’t even waited until its empty but charged it in between.

Also regarding the size issue: Modern equipment is STUFFED, but still manages to become smaller with every generation. So comparing old smartphones with new ones of the same size is like comparing a 1950s car motor (there is almost enough space for you to climb in there) with a 2020s car motor, where you can barely fit a gerball in some nook. Meaning that the changable battery from an old phone would simply not fit in a modern phone of the same size.

There absolutely is a concerted effort to reduce if not remove user serviceability from mobile devices by certain manufacturers. I remember seeing something recently that even newer Apple batteries will have chip in them where if you try to replace it with something that isn’t a “genuine” apple battery the phone won’t even turn on. I’m milking my 6s plus for as long as I can. I can still get a full day out of it from a full charge and it’s around 80% capacity.

I think we are talking about two different niches of the industry. Comparing a minimal phone’s power draw, battery life, and frequency of use to a modern smart phone, is like comparing walking to driving. We are both going to see very different things. Neither of us can use our perspectives to speak for the others. Using a minimal phone as the foundation for claiming there isn’t a drive in the industry to stamp out user serviceable devices is just ill informed.

Now I imagine the Punkt’s battery would be similar, but the point is, I don’t want to spend $350 for a phone that barely does anything, and is not user serviceable.

I would go one further and say that the features sets companies are using to justify this trend, are feature sets nobody really asked for. I personally don’t want a 2mm thin phone, and never have. Water resistant is great, but I never need waterproof. I never planned on swimming or showering with my phone.

I sure as hell didn’t ask to not have a headphone jack.

I didn’t ask to not have an RS-232 port, yet at some point I became the minority and progress continued. As much as backward compatibility is nice, we should acknowledge it is backward and it shouldn’t prevent moving forward.

I was just griping, not trying to start a riot. The old goes away and makes way for the new, we all understand that. Some of us just wish things happened differently, which it seems is something you can relate to.