It was less than a year ago when we announced our new Librem Mini campaign. We wanted to offer people a powerful and accessible desktop PC in a mini form-factor running the same free firmware and operating system as our laptops. The Librem Mini campaign was a big success and now we are excited to announce an upgrade to the Librem Mini product line. 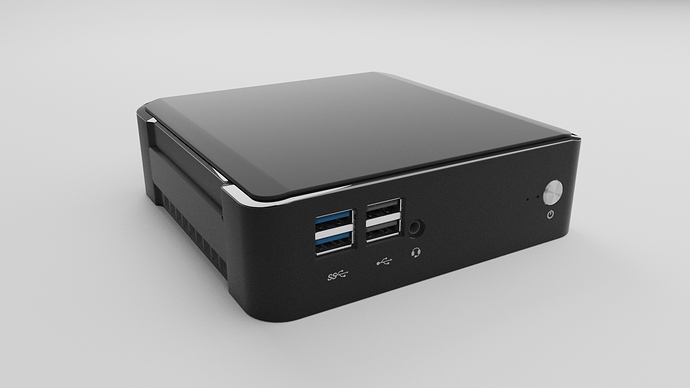 The Librem Mini v2 in just about all respects matches the Mini v1 including the same base price . The big difference is that we can now offer a new, 10th gen i7-10510U Intel processor . This gives the Librem Mini four cores at up to 4.9Ghz!

While the Mini v1 was already a capable desktop or home server, upgrading the CPU makes the Librem Mini v2 even more powerful while still offering the same PureBoot or coreboot firmware and running the same freedom-respecting PureOS.

The Librem Mini v2 is available for purchase today and ships within our standard 10-business-day shipping window. Order yours now!

Excellent! Keep up the great work!

Damn. 2 weeks after I bought (and received) the previous version? That’s just mean!

It might be another 6 months until they start shipping

The Librem Mini v2 is available for purchase today and ships within our standard 10-business-day shipping window.

I’m afraid you are mistaken, @Amol

I ordered a Mini v1 just a couple of days ago. I don’t think it’s shipped out yet. Any chance I could upgrade that order to a v2?

congrats on the new revision then !

as a suggestion for future revisions i’d like to see a design that ventilates both interior spaces not just the underside.

it’s probably not such a big deal but i don’t think it would hurt to have a well ventilated speedy-NVME drive in there.

does the new version of the LMini come with the latest PureBOOT/coreBOOT+SeaBIOS updates ?
has the iGPU received any kind of upgrades ?

iGPU received any kind of upgrades ?

And on intel ark site you see the same specs on both igpu for the 2 CPU the only diff is added line of 24 exec units for the 10gen version.

Any chance I could upgrade that order to a v2?

If it hasn’t shipped out yet it is probably going to automatically be upgraded to a v2 but you can confirm that with the ops team.

what does that mean ?

Yes because the Mini v2 is on a new Intel CPU architecture, it required an update to PureBoot/coreboot to account for it.

The question was asked about the Librem Mini v1 and I think never answered … does it have a battery and RTC chip to maintain the time when powered off? @Kyle_Rankin

That extra z signifies it fairly whizzzzzing along?

A nice upgrade. A fair bit better than my current SFF device, which predates the Librem Mini v1 by some years. Unfortunately: fan.

what does that mean ?

From the link (to the Intel ark site):

Note that some 10th generation Intel CPUs have more than 24 EU but for those two particular CPUs, it seems to be the same graphics (UHD 620, with 24 EU).

How broad was the scope of your question?

we’ll postpone the TL;DR for some other time/place Kieran

you’re respone is sufficient for me

It may be more appropriate to compare CPU cores, rather than CPU hyperthreads, with EUs, in which case 6 times more powerful.

Note that 4.9-vs4.6 is a good bit less than 10% of difference, so you won’t notice the difference unless you go out of your way to measure it. Also, this max frequency is one which is very rarely attained anyway. In practice my Librem mini (v1, of course) runs at about 3.6GHz for the first 20-30s in single-threaded mode and then goes down to stabilize at around 3.1GHz (still single-threaded). It’s still significantly faster than my Core 2 Duos

The question was asked about the Librem Mini v1 and I think never answered … does it have a battery and RTC chip to maintain the time when powered off?