I currently take public transport because driving a car where I live would actually be more inconvinent for me than public transport. Everyone knows that everything is starting to become ‘smart’ these days even for the most normal of things like lights which I think is useless but the main issue is most demand to connect to the internet which is super creepy. Cars have tonnes of software that improves the car over time or secretly makes them degrade quicker and it would be really cool if car manufacturers had open source software but I unfortunately don’t think they actually do. An example can be a tesla. Any modern cars that have open source software or car companies that support doing so in the near future? I like tech but you can’t really trust it all the time and I think this is another example. I don’t want government to know where I am headed no matter where I go or listen to microphones in my car for any conversation etc because it is just creepy. Any options that aren’t to just purchase a no tech car?

it is just creepy

ABSOLUTELY. from what Snowden wrote in his book and from what the documents he released to the journalists he was in contact with, they ONLY mass collect but it isn’t clear if ANY Ai system can LISTEN to everything in real time … can it process it OVER-TIME ? probably yes but REALTIME ? i don’t believe that to be the case currently …

the way how i believe it should be done is only localised and with precission under a very strict legal WARRANT under very clear CONDITIONS/LIMITS. i.e the > https://en.wikipedia.org/wiki/Occam's_razor

also > “weapons are made to be felt, not seen.” Doug Marcaida

and > “fear is the currency of control.” < David Icke

There are already a lot of free software projects for cars, for example about autonomous driving cars 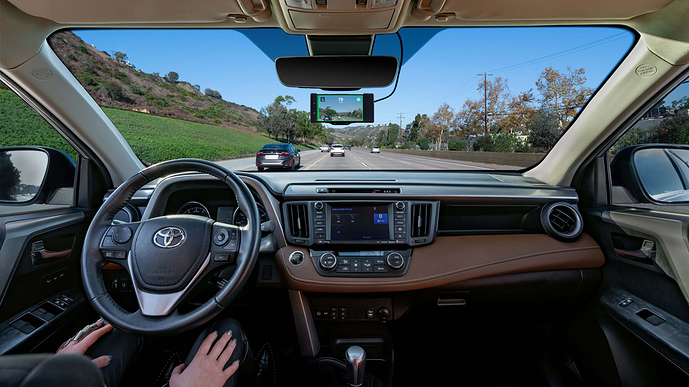 Make driving chill. Retrofit your car with a comma two. comma.ai is building the Android for cars. We have an open source driving agent that runs on most modern cars. 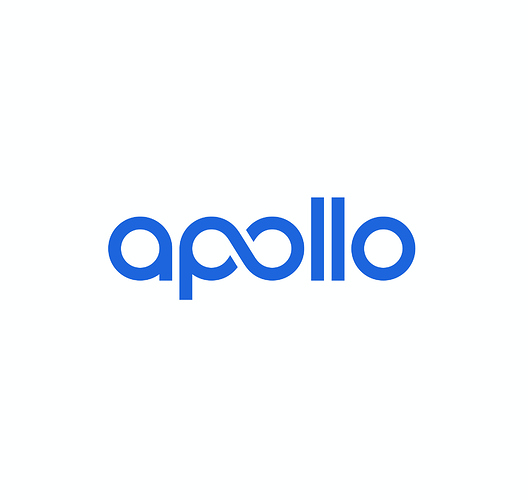 An open autonomous driving platform. Contribute to ApolloAuto/apollo development by creating an account on GitHub. 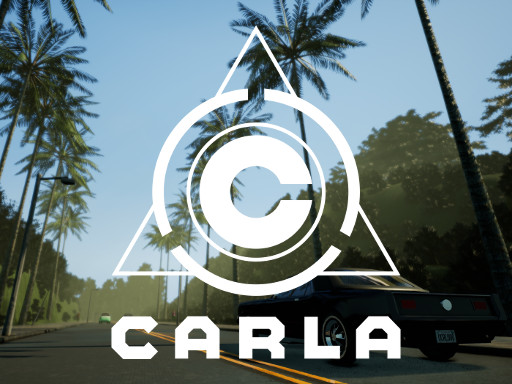 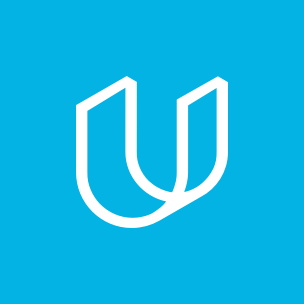 Any non-autonomous driving cars or software that doesn’t just add on to existing car software?

There’s also open source projects to have an open source ECU, albeit the current market is primarily tuners and modders.

There’s also the option of having a car that is purely mechanical in nature with no compute at all.

There’s also the option of having a car that is purely mechanical in nature with no compute at all.

Any options that aren’t to just purchase a no tech car?

There’s also open source projects to have and open source ECU, albeit the current market is primarily tuners and modders.

So. No? I don’t really understand what you just said.

There’s also open source projects to have and open source ECU, albeit the current market is primarily tuners and modders.

So. No? I don’t really understand what you just said.

I’ll try and guess what parts you didn’t understand, if I guess wrong be more precise in what you want clarity on and I will try to clarify for you.

My guess is that you are not familiar with ECU, which is the computer in the car that controls fuel to air mixture, monitors all the sensors, etc. There are open source projects to replace this black box with more open hardware and open source software so that you have control of this computer.

Currently those projects are not targeting the consumer bit are rather targeting the racing market or the off road market. This means unless you have a vehicle that one of those groups is actively developing for there may be no guide for doing this to your own vehicle.

There are also open source infotainment systems, all of which I’ve seen are rip and replace.

Both of these types of solutions replace the black boxes in the car with different hardware which I think is the only practical approach, though they currently require fairly in depth wiring knowledge so this isn’t consumer ready nor will it likely be in the near future.

Hopefully that clarifies what you don’t understand about what I said.

it is just creepy

It is a growing problem.

Quite apart from the privacy, security and surveillance issues … it is also an issue in terms of getting the car serviced i.e. a blackbox in the car is a way of locking you in to having the car serviced only where the manufacturer says you can - which has financial implications beyond the initial purchase.

Any non-autonomous driving cars or software that doesn’t just add on to existing car software?

Do you know this project?
https://www.automotivelinux.org/

Other examples from Fosdem.
Here an example for hacking Tesla software (with 52’ presentation from last year)
https://archive.fosdem.org/2019/schedule/event/tesla_hacking/
and from two years ago

In order to stay on topic, if we want to use Librem 5 by the touchscreen of the dashboard of our car, mirroring it in a similar manner of an Android smartphone by the Android Auto app, which systems will be compatible?
Do we need Automotive Grade Linux in our car?
Will Android Automotive be compatible?

One of our electric cars is a Nissan Leaf. It is the model without the ‘nav-pack’ as I think they call it, meaning it does not have internet connections to it. It does, however have Bluetooth, but that’s just for a cellphone to the radio for voice calls.

Our Tesla model 3, on the other hand is very connected to the internet. And that’s great too, like especially with the maps.

I would suggest you get a used Leaf. It’s much cheaper to buy them used, and just be sure that it does not have the more advanced nav set in it. (BTW, the nav-pack allows one to monitor and control charging via a smart phone app. As it is with our car, we just mostly use 110V to charge it, and pay attention to how full the battery is when we start, to guess how long we should charge to get up to 80%, our normal self-imposed limit to help preserve the battery life, unless we’re planning a longer day trip, then we’ll run up to 100% charge.)

BTW, electric cars are to the point where they are cheaper to own than ICE (Internal Combustion Engine) cars. Our Tesla gets around 130 mpge (miles per gallon equivalent), and our Leaf gets around 80 mpge I think. …Also we just love not having to go to the gas station, or change the oil. There is so much about these cars to love. We will never go back.

Our Tesla model 3, on the other hand is very connected to the internet. And that’s great too, like especially with the maps.

Sure it’s great, until you can’t drive your car after a failed update.

Sure it’s great, until you can’t drive your car after a failed update.

ALL things can break, and we have warranties, company reputations, and sometimes insurance to allow us to trust that we will be ok, in one way or another after the defect occurs.

An electric car is no different. So far the admittedly minor service that we have gotten from Nissan and Tesla has been quite good really. Tesla sent a guy to our house to address some minor issues. And Nissan replaced some battery bonding bolts as part of a recall. Neither visit cost us anything. We did also have to have a tire fixed on the Tesla, and that did cost something, especially because we purchased a spare wheel and tire. But those are expected costs. I wouldn’t worry too much. There is always a disgruntled customer somewhere out there, but with huge numbers of happy customers, I’d say that both of these companies are doing a very good job of service.

Our Tesla model 3, on the other hand is very connected to the internet. And that’s great too

Not really. Not in the context of this forum or topic.

If it has to be closed source then it is better that it can never communicate with anything.

Look, I get it. It’s a nice car, with lots of nice gadgets. However that all comes at a price in privacy and security. I’m not talking about “failed updates” or any other accident. I am talking about “privacy/security fail by design”. I am talking about voiding or reducing your warranty by failing to get the device on the internet sufficiently frequently.

This topic most definitely isn’t about electric v. internal combustion engine. Privacy/security fail can happen with any modern car.

One other point, is that I’ve been told that the Tesla is drive-able with the nav computer down.

I imagine it’s just a matter of time till someone builds a open-source box for the Tesla, just for the most basic driving of the car. But it’s going to take quite a bit of effort. And that is an understatement i think.

we’re going to be driving the leaf

As I said, it is a problem with any modern car. It has a blackbox (closed source) computer. The black box could be doing anything. That’s why you would want to replace it with an open source implementation.

As an example for a car that has zero internet connectivity ever, it may still have a GPS and it may still record your movements or your speed, and in order to get a dump of that information, it is necessary to connect some kind of proprietary (blackbox) diagnostic software directly to the car’s computer. It is low tech but it is still a violation of your privacy.

when we rob the local liquor store …

Let’s not assume illegality. “When I, as a journalist, meet up with a source who is going to blow the whistle on some bad stuff that people with lots of resources really want to keep secret …”.

I think its pretty safe to assume that robbing the local liquor store is illegal.

Yes, I think we can assume that. I meant that illegality is not the only reason that you don’t want to be permanently tracked - apart from the general creepiness of it.

Not sure how great an electric car would be for me. I take pretty long trips sometimes and it might not work out for me for that reason but also because no electric charging place anywhere around my home or commute to work except for one I saw. Also, when I mean long trips I mean UK to driving through Europe through Turkey to kurdistani Iraq so oof.

edit: Electric cars are still very expensive too and generally seem a little silly for practical use and are generally used for very short trips. Most of the world doesn’t have electric car charging so I don’t understand how it would be good.

The most of drivers drive a few km per day (average daily travel distance in Europe is around 40-100 km according to this source), so almost every electric car can be compatible, even with only a charging station in your home and not in destinations.
Personally I drive an electric car since 2013 and I’ll never go back, I drive daily in city and sometimes a trip of 800 km. Since most of time I drive short trips, for which an electric car is perfect and other cars are very bad, I prefer electric and I tolerate disadvantages in rare long trips.
I pre-ordered a Librem 5 and I wish to use it by my car too (connecting bluetooth).