that would most likely require a full-stop somewhere that has a compatible electric charging-pump. it might not be such a big deal if you take advantage of the fact that it’s going to take a while to charge the battery and you can use that time to eat something or go shopping.

Exactly what I do: sightseeing monuments, eating, relaxing, visiting far friends or relatives, hacking by free software… it doubles travel time, but it is worth it!

This topic most definitely isn’t about electric v. internal combustion engine. Privacy/security fail can happen with any modern car.

It is therefore in your interests to have the option of an open source car computer.

There are a few ways that that could happen e.g. you buy the car with a blackbox and you flash it with open source as soon as you get it home (no doubt voiding your warranty). For this to happen it is likely that someone would have to reverse engineer the details of some of the hardware interfaces.

Electric cars are still very expensive too and generally seem a little silly for practical use and are generally used for very short trips. Most of the world doesn’t have electric car charging so I don’t understand how it would be good.

Supercharger map of the world (scroll to see Europe): https://www.tesla.com/trips

Our model 3 is good for about 300 miles. Typical supercharge on a long distance trip is about 45 minutes, or 1 hr on a really long stretch thru Nevada. Cost per mile is about 1/3 of cost for a gas powered car. We took our first long distance trip last summer from California to Wyoming and back. It was a life changing trip for me.

As with any capital purchase, e.g. a home or otherwise, some long term financing or at least thinking may be necessary. Car at the moment costs more up front, but saves money per mile driven. Do your own math. Our experience with both of our EVs is that we are now saving money, and at the same time we love driving them more, … and my partner has more hope about her grandchildren’s future with a little less co2.

But no matter what: Test drive one before you make any other judgements about them.

Unfortunately, open ECU hardware/software is not a solution if you live in the People’s Republic of California.

Could not calculate – might be because London is on an island?

Nope. Ferry way across to France works and to show, selection path to Paris works but I don’t really like France let alone Paris. South of France isn’t too bad but still. Also, am pretty sure there is an underground tunnel drive option to France too so this seems like a bit of a dumb statement.
edit: Found you can’t drive to by tunnel with a car but I think you can board motorcycles on the eurostar.

@user1, What is your preferred climate to live in?

preferred climate to live in?

windy with a high chance of gov mass-surevillance

what was it ? you can’t control where the wind will blow to next ?

I’m glad to read this topic.
Data collection via recent cars is a major privacy problem. For sure that Car Manufacturers do track their customers, and the question is what do they do with all this data ?(except trying to resolve technical problems) and to who they sell it (advertising companies, to government agencies…) ?

For example, I tried a used VW Passat GTE and the seller showed me the official VW app on its smartphone displaying all his trips, speed, fuel consumption etc. He was proud to show that you “could manage and optimize your fuel consumption thanks to this datas”, etc.
And this is only the data VW show to their customers…
Not to mention the Tesla cars. these are BigData model based cars. Anything in that car that can log info is uploaded to Tesla central monitoring systems. Clearly a Tesla is not a car I would recommend for person who cares about privacy and digital surveillance.

So you could say “ok, let’s give up modern cars. and buy only cars without evolved ECU systems and GPS” but there a trap. I live in France and in almost every big cities, local authorities have implemented a label called “Crit’air” (so called to reduce air pollution). But this label is only based on type of fuel and year of construction of the car. The idea is to forbid old cars and especially gas-oil cars. For example, from July 2019, gas-oil cars older than 2006 can no longer drive inside Paris and some suburb area. And of course, the rules will get more and more drastics over the time.

so yes Air Pollution is an urgent and critical health problem. But this label has big drawbacks:

Well, in fact you could buy a car that has a “Collection” car registration document, which means it’s at least 30 years old. But a car that is 30 years old, has a reaallllllly low level of security systems, roadholding .etc And you’ll also have to deal with reliability of the car of this age, finding the pieces, a competent garage, the extra costs.
So I wouldn’t recommend it for a day-to-day car with your kids nor to go on holiday with it.

I don’t know if there are similar systems/issues in another countries. or how do you manage it.

So if you live in big cities of France and you need to own a car.; in the coming years, there will be no way to avoid global surveillance by car manufacturer and “partners”

or maybe there is an alternative that I didn’t see…

so called to reduce air pollution

i believe i saw some snooptube AV a while back during the so called “lockdown” and they were showing how clean the air looked with half the population in house-arrest - also wild animals roaming the streets (wild coyotes etc.). it was somewhere on the west-coast US …

maybe there is an alternative that I didn’t see…

the second, third, fourth waves … should do it

or maybe there is an alternative that I didn’t see…

Do you know this project? https://www.automotivelinux.org/ Other examples from Fosdem. Here an example for hacking Tesla software (with 52’ presentation from last year) https://archive.fosdem.org/2019/schedule/event/tesla_hacking/ and from two years ago this year also there were some presentations https://fosdem.org/2020/schedule/event/ema_pipewire/

Automotive Grade Linux is a collaborative open source project that is bringing together automakers, suppliers and technology companies to accelerate the development and adoption of a fully open software stack for the connected car. With Linux at its core, AGL is developing an open platform from the ground up that can serve as the de facto industry standard to enable rapid development of new features and technologies.


Volkswagen also joined AGL.
Unfortunately Subaru Outback and Subaru Legacy are not electric vehicles, so I wait for next models.

My solution (2020 Subaru in the US) is to not ever connect the car to the internet and not install any Subaru apps on my phone. Subaru (nor google, as the car can use Android Auto) can’t track what never gets reported to them.

The moral of the story is the car needs internet access to report whatever it is it’s reporting. This requires either an account of some sort (like if it’s using a cellular connection) or a wifi connection. Both these things require a login of some sort. If you deny the car that, then it can’t connect, and thus can’t report anything.

I suppose the car could save data inside itself somewhere and then upload it whenever you take it in to a dealer to get repaired or serviced, but you don’t have to go to a dealer for those things.

Isn’t this a risk though? The new car comes from the factory with a cellular modem built-in to the engine computer somewhere, with eSIM (or, if they are desperate, a SIM) and it simply reports the data that it gathers, without your consent, without your knowledge.

There could be other ways of preventing that e.g. installing an RF shield around the antenna for the modem and/or removing the antenna.

However they’ve got that move covered too … if your car does not report data then you void your warranty.

@Freedom_Right Thank you for your links and documentation. It’s really interesting. But to me the solutions you are talking about only concern the infotainment systems. Infotainment system is only an interface between the customer and some fonctionnalities of the car. It’s not the core system of the car.
To me data collection is handled by the real brain of the car: the ECU system. And this system is a pure closed software by the manufacturer since it handle everything in the car : brake, acceleration sensors etc.

@Gavaudan: recent cars already have SIM cards to send data to central sites. For exemple BMW is deploying IPv6 in their network to, among others, assign an IP address to each car they make. I don’t know what is the status of their deployment but the target is clear, and it’s been a few years since they talk about it.

here’s some Wikipedia articles about ECU : 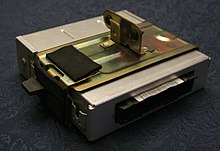 and about the tracking unit:

A telematic control unit (TCU) in the automobile industry refers to the embedded system on board of a vehicle that controls tracking of the vehicle. A TCU consists of:

the solutions you are talking about only concern the infotainment systems

Automotive Grade Linux is a Project at The Linux Foundation.

It doesn’t void my warranty. And to my knowledge there is no cellular data plan of any kind in the US that is provided for free, so if you don’t provide some sort of information they can use to charge you for the service, you’re simply denied access to that service. In this case, Subaru has no idea what any of my payment information (credit card number, etc) is, thus they can’t charge me, thus I can’t use any sort of internet connection in my car, thus they can’t exfiltrate or otherwise collect any data.

In short, the service is optional. I don’t have to use it. If I don’t use it, I don’t get the benefit of using navigation on my car’s dashboard nor the ability to track mileage and service scheduling on the internet, but that means they don’t known where I’ve been or when I drive.

If you’re spealojg of a different risk, then I’m not sure what you’re talking about.