From my understanding, the hardware for the phone has already been finalized. So the only thing that is being worked on is the software. If this is the case, could purism send a sample to ifixit? I would love to see a repair-ability rating from them before I preorder the phone.

I doubt they’ll have a sample before December, (and it does not make much sense for them to give a free sample away to gain one early customer - buying now means to trust in them and to invest in the idea), but I totally like the idea.

It will, very likely, proof to be a phone with one of highest repair-ability indexes, so it would be a smart marketing move. And for this reason, it’s probably better if that happens closer to the launch.

A big issue will be getting replacement parts, since they make these in small batches, and you can’t just go on eBay and buy the parts. Only if Purism decides to sell the parts themselves are we likely to be able get certain parts like the motherboard.

On the other hand, there is possibility that another company will take the schematics with a GPL 3.0+ license and start making parts, especially if Purism starts offering the Gerber files in “3 to 5 years” as Weaver mentioned in this interview.

The first video of iFixIt with the Librem 5 is here and they definitely recommend it. 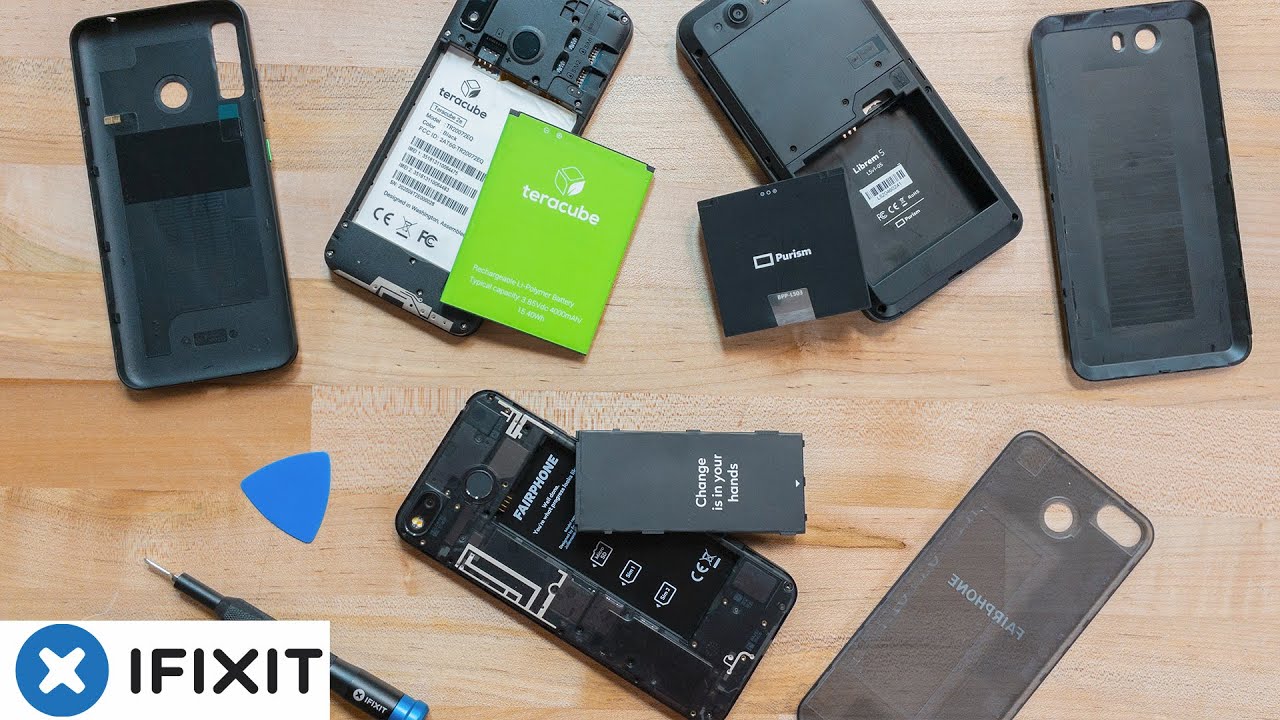 It’s a shame that Fairphone is still not available to the North American market.
(Or other non-European markets.)

But what’s the point in repairability if your smartphone will stop getting updates in a few years?

Good reminder about the SW. The numbers also suggest that the cumulative environmental effect over time greatly increases when people get new phones. But at least you can use it the full (short) lifetime with repairs. And see if you can force linux into it

But the video was good, made all the main points it was supposed to on the HW side, I think. Showed that L5 truly is repairable (having done the screen replacement on a few phones for family, that seems easy in comparison). I wonder what the fix rating is, as it’s not publishes in their site yet (it will come eventually).

I own my Ubuntu mobile BQ E4.5 since 2015. I do not need any 2-3 years a new device. Only Apple, Google and Samsung need this, not we the consumer.

Have they ever rated a Librem laptop, I wonder?

The Fairphone 2 is still getting updates as well as the Fairphone 3. It might not be updates for infinity, but it is absolutely light years beyond what any other Android phone is getting.

I accidentally posted on the wrong there thread today. Can I. Move it here somehow?

They didn’t add it to their ranking, yet. I wonder what exact rating it will get. FairPhones 1 and 2 got the maximum of 10 out of 10 points.

Even when the maker of an Android phone wants to keep providing software updates, the mobile industry often prevents it. Fairphone had the goal of providing at least 5 years of software updates for the Fairphone 2, which contains a Snapdragon 801 processor and was first released in December 2015 with Android 5.1 Lollipop. None of the Android phones with the Snapdragon 800/801 that were released in 2013-4 got upgraded to Android 7 (Nougat) in 2016-7, because Qualcomm decided that it wouldn’t release updated graphics drivers for the Snapdragon 800/801 because it was too old. Others say that the reason the Snapdragon 800/801 couldn’t be officially upgraded to Nougat is because it lacked hardware AES encryption and full disk encryption was mandated by Nougat’s Android Compatibility Definition Document (CDD) and it couldn’t pass the encryption speed requirements of the Android Compatibility Test Suite (CTS). Because Fairphone needs to provide its users with access to the Google Play Store and Google Web Services (such as Google Maps), it can only provide upgrades to Android that meet Google’s standards.

In order to obey Google’s onerous CDD rules and pass its CTS, Fairphone had to spend €500,000 to switch from Qualcomm’s unsupported Snapdragon 801 drivers to community-developed free/open source drivers. In November 2018, the Fairphone 2 became the only Snapdragon 800/801 phone to officially receive a Nougat upgrade. Unfortunately, Fairphone has not been able to provide 5 years of software updates as promised, because Google released its last update to Nougat in October 2019 since it has a policy of only supporting its Android releases for 3 years. The Fairphone 2’s last official software update was in December 2019 and the phone is still using Android 7.1, which was first released in October 2016, and the phone is still using Linux kernel 3.4.0, which was released in May 2012. The community has ported the FairPhone 2 to LineageOS 17.1 (based on Android 10), but FairPhone can’t officially offer Android upgrades for the phone without passing Google’s Compatibility Test Suite.

Yes, but my point is, when the Fairphone 3 was released many thought the Fairphone 2 was done. This was proven not to be the case.

The Fairphone 3 was released on September 3, 2019. The Fairphone 2 got its last update on December 10, 2019 and has been unsupported since then, because Google stopped offering security updates for Nougat and the Fairphone 2 can’t officially upgrade to a newer version of Android.

The only way to support an Android device for a long time is to switch to an AOSP derivative that doesn’t have to pass Google’s asinine CTS, but that means the device won’t have legal access to Google Mobile Services.

Look, I think the Fairphone 2 and 3 are incredible devices in terms of their modular design and their social purpose, but I don’t think there is any way to offer a phone with long-term support if using Android drivers. You may be able to switch to LineageOS and keep upgrading, but most LineageOS ports still use the same Linux kernel and device drivers, even when they are upgraded to use a newer version of AOSP, because most integrated mobile SoC’s (like Snapdragon, Helios and Exynos) are only supported for 2.5 years, so they don’t get drivers for newer Linux kernels. The Fairphone community has managed to upgrade the Linux kernel from 3.4.0 (released in May 2012) to 3.4.113 (released in Oct 2016), but they can upgrade to anything after Linux 3.4 because the FP2’s drivers won’t support a newer kernel.

The only realistic solution that I see is to design devices that can run on FOSS Linux drivers that the community can keep upgrading for newer kernels, which is why the Librem 5 and the PinePhone are the most sustainable phones on the market. In contrast, the Fairphone 3, Cosmo Communicator with Debian, Volla Phone with Ubuntu Touch, and Xperia 10 with Sailfish OS are all using Android drivers (through libhybris for the Linux phones), and I have little hope that any of them will still be getting software updates in 5 years time. The only phone running on Android drivers that has any hope in my opinion is the F(x)tec Pro1 and Pro1-X, because Qualcomm has decided to provide long-term support for the Snapdragon 835, so we should see Android upgrades for the chipset and Qualcomm has the power to pressure Google to allow those upgrades, because it needs a platform for its industrial users that need long support cycles.

When you speak about it in terms of absolutes, then you are correct, of course. Despite that, i still don’t know of any Android phone that was supported longer than the FP2.

I can’t wait to get my L5, but until then I got 2 FP3s running /e/ and a FP2 running Lineage OS. All of the are void of GMS, outside of what microG approximates. We haven’t missed a single thing, and all the stuff I need from the Android library, and my own offerings all work just fine. it is an elegant solution until such times that the L5 is 100%.

A more general design question related to fixing and phone modularity: could/should/would Purism go the modular route in later phone versions? Maybe not fully, but for instance on the camera or having a separate sensor block that could be updated? Or maybe have only the camera and screen share module design with others? The modems are modular already. Repairability rating would increase for the phone, but would the modules themselves become a problem, albeit smaller one (significant or no)?

No, they really aren’t. Would you open your email and bank accounts if you know that any app or javascript code can get the passwords? Such security bugs are found too often to ignore them.

Purism’s main goal is the users’ freedom, but ecological impact is also among their priorities, so repairability should be expected:

We adhere to the following negotiating and sourcing priority list whenever possible: 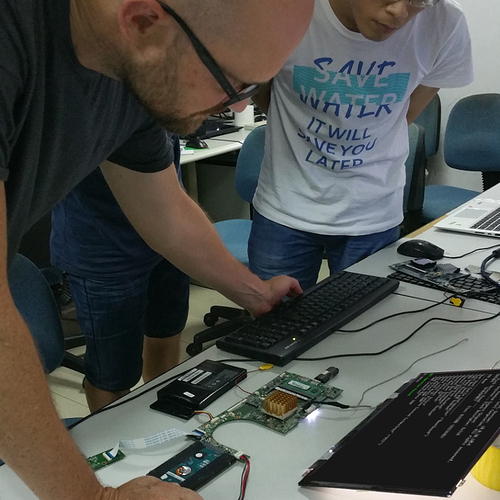 How Can We Bring Change, When Other Companies Have Not? All other companies, when sitting down at the negotiation table, negotiate first for price, mean time between failure, quality, warranty, availability, then revisit price again. We, on the other...

No, they really aren’t. Would you open your email and bank accounts if you know that any app or javascript code can get the passwords? Such security bugs are found too often to ignore them.

Yes they are, My old phone still works perfectly (turns on, makes calls, sends messages, is able to run applications, access the internet etc. despite not being update-able for years…

As for logging into internet banking on old devices, no longer updated or supported by the manufacturer.

When you know you’re right that’s all that matters

This is exactly how anti-vaxers and flat-earthers think.

To the point: Insecure smartphone is usable as in “you can do this”, but not usable if you care about security. Most people on this forum do care, since it’s the main selling point of Purism (along with freedom).