It was three years ago today, December 21, 2017, that the Free Software Foundation announced it had endorsed PureOS. Getting FSF endorsement is not an easy task and involves a lot of rigorous evaluation. Sometimes people ask us why we decided to create and maintain PureOS instead of using an existing distribution such as Debian (which PureOS is based on). After all, it’s a lot of extra work to maintain your own distribution, and even more work to maintain one that qualifies for FSF endorsement. In this article we will discuss why we consistently choose the harder road and why PureOS being endorsed by the FSF benefits your freedom, your privacy and your security (in particular supply chain security). 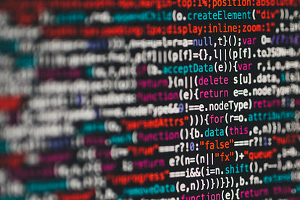 You are also free from the whims or poor decisions of a software maintainer. If a software developer decides to abandon their project, if they take it in a direction you or the community don’t like, or if you submit improvements the maintainer doesn’t accept, you are even free to create a competing version of the software (forking) based on your modified code.

I think it is more important to say that free software does not only benefits software developers (who can write code themselves) but any ordinary person, because the latter can pay someone to do fix or improve their software and benefit from the free market of developers (as opposite to the monopoly in case of proprietary software).

Debian is not FSF endorsed. But I’m sure most of the changes Purism had to make to become endorsed were upstreamed. Except of course for those things Debian rather keeps this way and abstains from the FSF blessing.

Maybe a bit offtopic, but I wish Purism was closer to be the Debian Red Hat than Canonical is (trying to)

Well done to the whole PureOS team. PureOS is the daily driver for my small NGO and it has served us brilliantly for 18 months now. You get slammed with this whole line of argument that this is just Debian with non-free removed, but I know full-well that this is not the case. The out-of-the-box experience is near flawless and that is testament to the QA you all have done, knowing the spit-and-polish issues that you are faced with trying to get stock Debian to be a workstation. Your decision to stick with Debian Stable was a very good one, not least because it makes the Heads/Pureboot framework much less cumbersome with too many frequent updates. And your decision not to add too much jazz to stock Gnome (but also shipping Tweaks! Why don’t others do that?) was also a very good one in that you aren’t faced with little weird issues and breakages.

Just realized that my last sentence might serve to imply that all Purism’s developers do is QA and just want to make the points (1) that QA is really very very important and not nearly done enough in the linux world; and (2) that there have been some really great things developed to improve the things I reference (e.g. the user-friendly interface for Heads; the awesome script that sets up using the Librem/Nitrokey for decrypting the disk, while still allowing a way in if you lock or lose your nitrokey; the green flashing light on the Nitrokey; and of course the whole libhandy stuff to allow Gnome on mobile). These are the types of things I’d love to see more of in the linux space and they significantly improve existing things: both through QA and great ideas on top of the existing framework. But I’m very much not saying Purism’s developers are just doing QA (however valuable I think that is). They should all be very proud of the work they’ve done the last few years.