some time ago I saw a review of a librem 5 batch by the linux gamer. When opening the box apart from the phone there were also:

While he was totally excited about the headphones, I am rather not. Why?

This phone has a lot of construction sites (battery life & performance, promised working minimal apps, shipment from Germany, convergence, even PR) which all need money for spending and I think, that the money would be better invested on those issues.

What do you think? Are you happy about getting something extra for money you already payed or would you prefer that the money invested in accessories should be invested in other things?

It’s hard for me to imagine buying any phone and it not coming with a charger. I personally do not own any USB-C devices so I’d be pretty bummed if my Librem 5 came in the mail without a way to charge it.

Headphones, I could go either way on.

ummm…If you’re offended by them, you can give them to a local homeless shelter or just leave them on a park bench for that matter. I, for one, am chronically broke and do appreciate a complete phone.

I whould prefear a silicone cover instead of headphone

+1 for replacing headphones by silicone case.

we can buy headphones anywhere, and it will be really hard or even impossible to buy case for Librem5.

For me, headphones will stay in the back of a drawer since i already 2 pairs provided with my old phones. (my phones die before headphones)

If i remember well, the FairPhone does not include usb charger and headphones by default. It’s an option. I think it’s a good way to avoid unnecessary trash. But i guess it implies extra costs for a Librem5 already really hard to produce …

+1 for replacing headphones by silicone case.

I am with you, just give me the phone.
Yesterday I did a clean up in my old boxes, 14 charger to recycle, dont need another one

I could see a “no accessories” option, but I’d feel shorted if I bought a phone and it didnt come with everything to fully use it.

I remember when the Fairphone (2?) did not ship a charger, it received a lot of flak from users too. Can’t make everybody happy

An argument pro-charger in that special case is that charging the L5 seems a rather finnicky thing and not all combinations of chargers and cables worked. So having a known-to-be-working charger as a reference is a good thing, I guess.

Please no earphones, they would go straight into the bin. A charger would be useful though because I don’t have any USB C charger yet.

Agreed on an option to cut the waste if possible. USB C cable (braided for longevity) + silicone case that has two slits in the back for appending a velcro strap (already have my own strap) for runs/workouts would be nice, don’t really need an adapter given I have multi USB Anker one.

Totally understand if impossible though given the logistical complexities of adding this kind of option at scale.

Headphones given with phones are always bad, so i agree on that for sure.
I do not own a USB-C cable nor charger, but i would gladly choose the option to not get them if there would be the option. I don’t use chargers, i charge my phone through my PC. For the cable, well, there are USB cables that give you life-time warranty, so i will take one of those in the future anyway, probably.
EDIT: If you’re interested, Ranpow is a great choice for life-warranty USB cables, they use nylon/alluminium and it’s not expensive. So yeah, i’d prefer that cable over whatever they will give me, for sure.

I’m ok not having the headphones, but no charger and usb cable is. Chargers degrade over time, as do cables, having a brand new charger and cable with your brand new phone is a must. Also Purism doesn’t know what kind of charger/cable combo you already own and chargers are not all created equal (output etc.). By supplying a charger cable combination it provides them with a known quantity if there are problems with your phone. Chargers and cables purchased in bulk from a Chinese manufacturer are literally worth nothing per unit in bulk and costs nothing for them to throw it in, same goes for the headphones. The real expense is the cost of the development and paying the engineers etc to produce a great product. As always it’s the labour that is expensive, the actual devices are not.

While he was totally excited about the headphones, I am rather not.

Perhaps this is an extension of: Europe Plans Law to Give All Phones Same Charger

Regarding bullet point 3, you can see why the EU is talking about going in the direction as per link above - but until they do and allow enough time for that to flow through all manufacturers / supply chains and allow that to reflect in what users already own i.e. flow to the end user - not much can really be achieved.

If Purism fails to supply headphones, I can try my existing phone’s headphones. If they work, great. If they don’t work then I have to order a pair from Purism, with associated shipping and Customs costs. For headphones at low cost, the overhead costs could swamp the cost of the goods. So if it works for the EU with chargers, maybe they need to go in the same direction with headphones (and, no, I don’t want Bluetooth headphones, thanks).

I do use headphones for calls for my existing phone from time to time. Not extensively but it would be unfortunate not to have that option. I could live without it if I had to.

If you’re offended by them, you can give them to a local homeless shelter

… or at least ebay them.

there are USB cables that give you life-time warranty, so i will take one of those in the future anyway, probably.
EDIT: If you’re interested, Ranpow is a great choice for life-warranty USB cables, they use nylon/alluminium and it’s not expensive. So yeah, i’d prefer that cable over whatever they will give me, for sure.

Ooh, this is exactly what I have needed for quite a while now! I have had a couple beloved peripherals die from failed USB cables and I have had way more USB charging cables die than any other item, so this could be super helpful! Thank you very much for the reccomendation ^ω^ !

Chargers degrade over time, as do cables, having a brand new charger and cable with your brand new phone is a must.

In my experience, USB cables drop like flies, and even the good ones start to fail after a while, but I have never had a charger itself die at all.

Certainly the MTBF of cables is much higher than chargers, but the real issue is that the engineers designed the phone and as such the charging system to require a certain amperage to deliver enough juice to make the charging process practical. The minimal cost of the charger, cable and headphones is far less than the headaches of dealing with customers who run puri.sm’s door in because they didn’t supply those things in the first place. This thread is really nit picking and on the scale of things, the savings vs the customer support nightmare created by not supplying those things is not worth it by a long shot.

Charger and cable is a must. I am always short of them, I even had to buy a charger and a cable last month.
Quality of headphones may be bad, so they could replace them by a case, but they won’t since the case is more expensive than the earphones.

The phone (and the earphones that come with it), have a 4-pin connector, stereo plus microphone AFAIK.
Not only are those less likely to be in your drawer, it is also very likely that the microphone port would go unnoticed by most customers if no earphones were in the box.

For the charger, I don’t own any USB-C device yet. Also, for a good user experience it is important that the charger is capable of charging 3500mAh at a decent speed.
There would be folks “I’ll use my 5yo charger with an adaptor - whoa, this is slow. Purism how dare you”

Also I would not assume Purism packages the cheapest thing they can get. I’d expect mid-range, okay for most people. But the price for Purism is still very low.
So, then they’d offer it without charger / earphones and you get savings of… uhm… five bucks? Ten at most. And then people will create threads rambling about how they feel cheated by that offer and that it would need to be at least 30 bucks cheaper.

About e-waste, also think about the scale at which Purism operates.
I think there have been about ~400k Fairphones sold until now - in total!

If Purism manages to touch those numbers, not only is it more relevant to think about e-waste, it will also be more manageable to offer more variants. Maybe even with cases.

Purism has stated before that they don’t currently intend to offer cases, and one of the reasons is that people want very different cases. Again, something that only makes sense for them at larger scale.

How about a solar powered battery charging accessory? 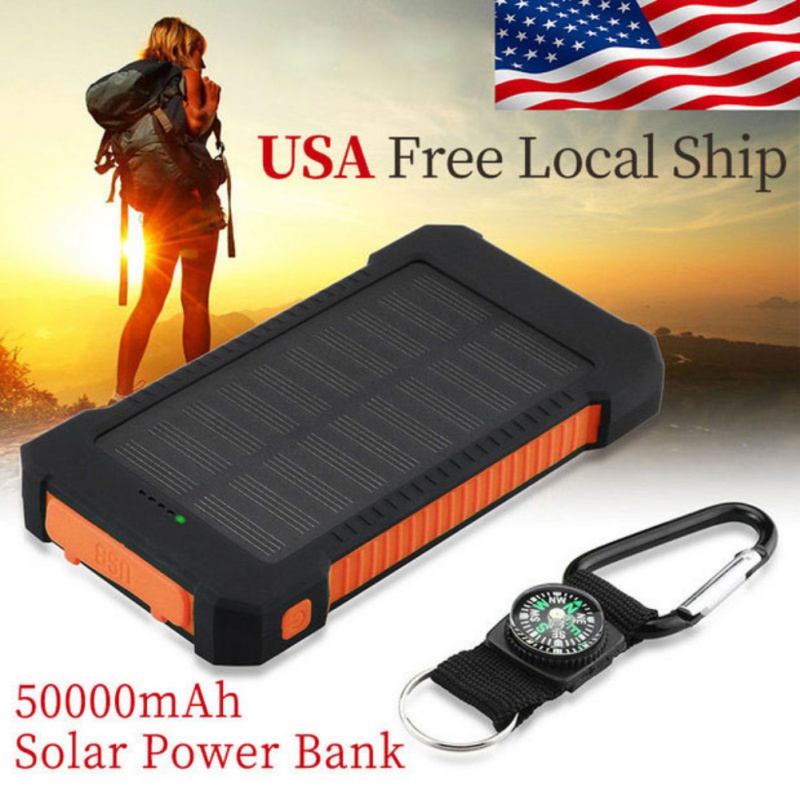 (I was also going to use this on the latest battery post.)