The new Posh is REALLY nice

I just saw there was a fairly substantial update including a posh package. After the L5 reboot I thought it was broken(buggie) But to my surprise, the basic mechanics of the UI have been massively altered since I started using it. The initial unlocking of the phone now has the battery percentage(though it is very small) so there’s no need to unlock to see if there’s sufficient charge etc. That change is a big help as others have pointed out.

The cellular, Wifi and bluetooth also show their status too so you have that info before unlocking. The clock is also tweeked; a different font and bigger. Something like that can just be preference but I like it. The volume indicator is also different.

The best changes and it is HUGE, are once you authenticate and are in, both the dashboard and swiping from the bottom to kill an app - needs to be done with a very specific touch and pull motion. It doesn’t invoke either accidently now. It is very, very nice. Having the dashboard going back and forth out of control was maddening. And the keyboard space key isn’t the most maddening thing of all now. Since you have to do the specific touch and pull action to get it to switch to the app kill UI function, hitting slightly below the spacebar doesn’t get that flawed cycle going anymore. Very, very, very nice.

It’s essentially like getting the next new iteration of the L5 (fir ;o)

I have to agree with most of that. In Pinephone-Mobian, the Phosh update I got yesterday is much snappier. Also, I may be imagining it, but apps seem to launch faster and there is less ambiguity with touch control.

My one minor squawk is that the top/bottom swipe action requires a particularly long throw. I would much prefer a shorter throw – even a flick. 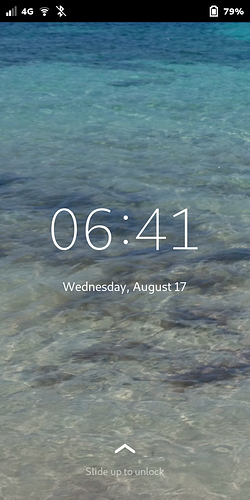 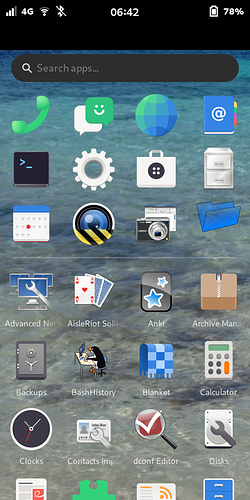 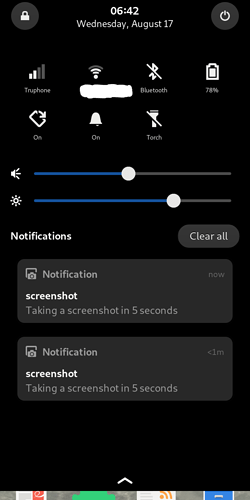 I’m getting some buggy behavior, though, @guido.gunther.
Opening an app, if I then minimize it, it can’t be swiped away to close it, nor can I open another app. Then maximizing it, the ^ icon is upside down, as if phosh thinks the app is still minimized, and I can’t swipe it up again, and the keyboard can’t be activated. I can still draw down the quick settings panel and interact with the app’s menu to some extent. At this point I have to power down using a long-press of the power switch, as everything is frozen and I can’t dismiss anything. Or sometimes it crashes on its own.

Plus, the phone seems to be heating up more than normal through all this.

Is that just empty black space below the clock?

I don’t understand the question. (If it was for me.)

Between the notification bar and the app search bar is a fat black bar. It also seems to be present between the clock and date and the different icons in the pull-down menu (signal strength, WiFi, Bluetooth, and battery). I was wondering if that was some empty space or if you have black at the top of your wallpaper that just happens to be about the same size as the empty black area in the pull-down menu specified above.

No, it’s not part of my wallpaper; it’s extra padding that has been added in the new phosh version. (Noticeable on my device because my background is not the default black.)

Ah OK. I guess to facilitate the swiping down to open it. I kinda hate it though

Do you have GTK animations disabled?

Not sure. Advise, please…

Disabling animations is not supported in phosh 0.20 and leads to this kind of problems, please turn them back on.

I’m not aware that I ever turned them off. How do I enable them?

Not that different from the above

Mine was at ‘true’ but I also have this extra padding

That seems to have fixed it. Thanks, Dos!

The padding is just an aesthetics thing. The animations being on or off was in reference to buggy behavior.

Awesome news. It’s great to see the constant improvement in software with radically more freedom than other mobile software. Any change with this update regarding decoupling the lock screen password from user password?