Which Smart Card to choose for Librem 5?

Hoping that Smart Card reader is working in Evergreen I wanted to know if there are any successsful tests with Smart Cards to be usable in the phone?
Size should be SIM Card size, right?
Any special specification(s) needed, brands, whatsoever?

There are lots of SIM card sizes, right?

The FAQ says that the smart card is 3FF size (microSIM size).

Not much more info is available at this stage, I think. 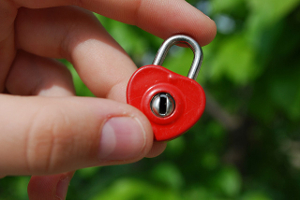 Your Own Personal Enclave: The Smart Card Reader on the Librem 5 – Purism

I added the answer to this question to the FAQ.

Thanks @amosbatto for linking to FAQ. After buying a smartcard in e.g. the linked shop I surely need additional hardware to bring my existing keys to this card. Since I am not profound in doing things like this I need some simpler tutorial / how to. The two linked in the FAQ are just not comprehensible for me.

Is there any simple tutorial out there you could point me to, in order to bring existing keys (I used Enigmail but since Thunderbird 78 this is obsolete) to this card???

While waiting for Evergreen I can do some stuff beforehand to be ready when delivered.
Thank you in advance.

Is there any simple tutorial out there you could point me to, in order to bring existing keys (I used Enigmail but since Thunderbird 78 this is obsolete) to this card???

If you used enigmail, then your keys should still exist in GPG, if you are using Linux, then you can use this as a basis:

Unfortunately I am not using Linux. So I can not follow this tutorial eighter I briefly checked using built in Ubuntu 20.04 with gpg --list-keys delivering no result. Possibilities for Windows 10?

At this point, the smartcard reader in the Librem 5 is still not working. You can follow the development here:

Currently the embedded OpenPGP smart card reader in the Librem 5 does not work. My understanding is that it still needs its firmware loaded. We will need to support this...

Once the smartcard reader is working, then it should be possible to create a tutorial on how to use it, but I suspect that it will be a while before all the software in the Librem 5 is adapted to use the OpenPGP keys on the smartcard. In the meantime, you can always use GPG keys that are stored in the eMMC Flash.

Once the smartcard reader is working, (…)

Is there a list somewhere what is working out of the box on the phone and what does not?
@amosbatto: In one of our last conversations it came out, that contacts app also still needs some work.

And with out of the box I mean: Todd can give the phone to his daughters and they can start using it without the usual hints like: “Oh there is a flatpak bla, bla, bla thing you can pack, just check this repo here …” But out of the box for non-developer end users which was the original promise. Otherwise I can order a pinephone …

Is there a list somewhere what is working out of the box on the phone and what does not?

See the list of mobile apps that are already included in PureOS. This list indicates how well the apps are adapted to run in Phosh.
The community FAQ has some info about particular components. You can learn a lot by searching for issues at https://source.puri.sm/groups/Librem5/-/issues

But out of the box for non-developer end users which was the original promise. Otherwise I can order a pinephone …

The Librem 5 will eventually get there, but Purism should have tempered its marketing, so people don’t expect that on day one. If you need a phone where everything works out of the box today, then buy something else.

The issue is that you are helping to finance the software development that will make mobile Linux a viable alternative to Android or iOS. See: Why did Purism decide to create the new Phosh interface?

The PinePhone is ahead of the Librem 5 in terms of which components are working today, but it is also not a phone ready for the general public at this point. 9 months after the release of the PinePhone, many of its users say that it still isn’t good enough to be their daily driver, and they have to carry around a second phone. Also, it only comes with a 30 day warranty and there are many complaints about poor support and defective parts. It looks like a great phone to stimulate community development and tinkering, but I wouldn’t give it to my mother.

It will take a while before the Librem 5 will have all its functionality working (suspend to RAM, OpenPGP smart card, new camera app, etc.), but I’m not sure whether many of the issues with the Quectel modem in the PinePhone and the phone not waking up fast enough to receive calls will ever be fixed, because these are hard driver problems that require working closely with Quectel and Allwinner and PINE64 can’t provide those kind of developers. Quectel and Allwinner don’t release info to the general public, so I’m not sure that these issues can be resolved by community developers.

According to a poll on the Pine64 forum, half of PinePhone users are using Phosh which is being developed by Purism, and the best distros for the PinePhone are considered to be Mobian/Phosh and Manjaro/Phosh. In other words, the success of the PinePhone depends on the software development for the Librem 5.

If you need a phone where everything works out of the box today, then buy something else.

I need that. And I bought is almost 2 Years ago. And Pursim (at that time and honestly still) promised to deliver that.

In my previous post I linked the statement, that “calenders still needs some work”. The list of mobile apps states something differen. So I condider on given information as “alternative fact” or US style Purism marketing statements. That is basically the same.

I am purely disappointed by Purism. Not because of postponed delivery. Not because of functions not delivered as promised. But mainly because of their really poor willingness to be honest and open. On one hand they cannot be true because then no additional CUSTOMERS will buy the phone. And I am no customer but a BACKER. That is obviously something different for them. It is a pitty.

And one more interesting thing, after checking the linked list of mobile apps when comparing the apps to be funded just right now and people are paying extra money to get them.

Pure Maps in No. 3 right now. But why should I pay money for that. The list of 3rd part apps clearly marks Pure Maps as “Fully optimized — software is fine tuned for mobile screen and touch input”. So why pay money?

Currently I am losing my last bit of trust in honesty of Purism.

But why should I pay money for that.

You certainly don’t have to. Many free programs contain a “Donate” button or information that will allow you to donate to the developer if you want to. This is effectively the same thing, except the funds go to Purism to further the development of the app specifically on the Librem 5.

Those aren’t smartcards though.

There are two types of card that you can insert into your Librem 5.

There is the µSD card for file storage i.e. basically a ‘disk’.

There is the smartcard for securely holding and using encryption keys and the like.

Your Own Personal Enclave: The Smart Card Reader on the Librem 5 Phones (Librem 5)

Now you can buy! https://shop.puri.sm/shop/purism-openpgp-card/

Yes and most of them linked to the shop. So, do you receive a commission?

No commission, affiliate program does not work in this forum and I have no time for it outside this forum.

If you already own a USB security key like Nitrokey(/Librem Key/Yubikey, etc.), keep in mind that it’s guaranteed to work on Librem 5 as it does on any GNU/Linux computers, while having the advantage of more features and better portability compared to a 2FF smart card.

Currently only Yubikey (5C/5Ci/5C NFC) has USB Type-C interface, and can be directly used on Librem 5 without the need of an adapter. However, Yubikey’s not free software. So I’m looking forward to a USB Type-C version of Librem Key