A Simple Image Editor (should also work on L5)

I started to write a simple but highly configurable image editor, to learn some C, GTK and shell scripting (I am a absolute beginner).
I think this program could be very interesting for people who want to make some simple image manipulations on there Linux Phone or who do not want to open Gimp every time they just want to change the dimensions of an image.
Here is a video with the program on the L5 emulator

The idea is to have a GUI that displays an image and as many buttons and entries as the user wants. For every button and entry exists a shell script that does the image manipulation (I used ImageMagick in my scripts).
If there is not something similar already, I will publish the source code. Is GitLab a good website to publish the source code and should I use the GPL? Is there any interest in this project?

Instead of gaining wie access to the wiki, you can also drop a note in this thread after you decided license and hosting:

You are working on an app for the Librem 5? please let everybody know! don’t be ashamed to add “simple” or “experimental” things simplest way: drop a URL to your git repo right below here. Someone with an account will then add it to that list. Of course, you can also sign up for a community-wiki account, but I thought it’ll be simpler (and easier to discover) this way for those who already frequent the forum. For general discussion on the community forum see Community WIKI for Librem 5

P.S. nice to have have John Doe on the forums, finally

Nice job. If you add red-eye elimination, cropping, and lightening/darkening, a lot of people will use your app for editing their photos.

Thank you for the links. I will drop a note in the linked thread as soon as I decided license and hosting.

I will see, if I can add this features to the default configuration of this app.
Thank you for your suggestions.

I recommend strongly against the X+ licenses. If you allow the recipient to choose a later revision of a license, you depend on the license authority (FSF in this case) to not royally screw up some future version. You can always issue it under a dual GPL3/GPL4 at some point in the future if you like the V4, but going GPL3+ may well come back to bite you eventually.

The choice of the license depends on joedoe’s goals, so he will decide based on that.

All the changes that the FSF made in the GPL 3.0 looked very reasonable to me in order to protect users’ right to share and modify the code. The FSF hasn’t changed the GPL license since 2007, so I trust that the FSF will only change its license in the future when it sees some new industry practice (like Tivo) that arises to threaten the four freedoms.

Here’s the short version of Torvald’s thoughts on GPL2 vs GPL3:

Note that he isn’t saying GPL3 is a bad license, just that it does not serve the same purpose as GPL v2, so calling it v3 is a misnomer. It is similar to the GPL vs LGPL divide. But even setting aside that the FSF changed the nature of the GPL from version 2 to version 3, if you open the door to all future versions, you rely on the FSF not changing its own nature at any point in the future. That is a gamble with what benefit? Saves you issuing a statement at some future date saying “all my software previously released under X license may, at the licensee’s option, be licensed under the X+1 license”. Meanwhile, if the FSF gets bought off, the V4 license could read “All rights reserved, redistribution prohibited” and you’d be screwed.

I trust the FSF to be a good steward of the license more than I trust the software industry, because history shows that it will think up ways to try to get around the license.

I trust the software industry

I think I parsed that properly

The goal of the GPL was to protect the 4 freedoms. …

To be clear, the goal of the FSF in creating the GPL was to protect the end user freedom by encouraging use of a libre boilerplate license. The GPL is not a thing which can have a goal. This distinction matters, as the goals of the license authors may not perfectly align with the goals of the project authors choosing to use a license.

In the case of Linux, the goal in using the GPL2 is to get competitors who don’t trust each other to collaborate on a project. The LF, and Torvalds, would prefer the drivers for some bit of hardware provided to the kernel, but the hardware device require signed kernel images, rather than have the hardware vendor use the BSD kernel. In neither case can the end user run unsigned kernel images. In the former case, someone can at least audit the kernel source to know what it is doing, or could even make a clone of the device without the signed firmware requirement.

As for trying to get around licenses… note that if you allow but don’t require a recipient to re-license under a newer version, a nefarious recipient will choose whichever license best allows them to abuse the system. This means if they receive a GPL2+ source, and wish to TIVO it, they’ll just take it under the terms of the GPL2, and pass it along under the terms of the GPL2+. If you want to later force them to use 3+, you must still relicense the project, complete with rescinding old licenses where applicable.

note that if you allow but don’t require a recipient to re-license under a newer version, a nefarious recipient will choose whichever license best allows them to abuse the system. This means if they receive a GPL2+ source, and wish to TIVO it, they’ll just take it under the terms of the GPL2

True, but as more GPL 3.0-only software gets created, it gets harder to find enough GPL 2.0 software to create a complete system, so it becomes less likely that a company will pull a TIVO trick if wants to use a full Linux stack.

When I was a younger guy, and had what I thought was a great idea to do something, I always hated it when someone would spoil it with: “but it already exists”.

But here I go. Sorry. But it already exists.

I agree that GIMP is much too bloated for many jobs. But what about gthumb, photoflare, darktable, shotwell viewer, pinta, or photoxx, or showphoto, or at least take one of these and fork it and make it into what you’re looking for?

Also there is ImageMagic which has lots of solid support for image operations and types of formats. I read somewhere the most of the above suggested image programs actually use ImageMagic underneath do do the work.

Thanks for your energy.!

or at least take one of these and fork it and make it into what you’re looking for?

Or, alternatively, upstream changes that make it into what you’re looking for - assuming that the project is open to that.

You monster. Let him have his fun.

. if after all this you still make a more efficient image app SPECIFICALLY for the L5 then you’ll be much better prepared to tackle more complex projects … 2D IS better

But what about gthumb, photoflare, darktable, shotwell viewer, pinta, or photoxx, or showphoto, or at least take one of these and fork it and make it into what you’re looking for?

Of course, in the long run it would be best to have the existing projects run well on the L5. However, there may be a disproportionate amount of effort just to work with any of the upstream projects, compared to rolling your own. Especially if you can get away with some simple scripts and a small GUI wrapper.

Also there is ImageMagic which has lots of solid support for image operations and types of formats.

Good pointer, and quoting from OP:

The idea is to have a GUI that displays an image and as many buttons and entries as the user wants. For every button and entry exists a shell script that does the image manipulation (I used ImageMagick in my scripts).

@johndoe, I think many useful things could be implemented your way (cropping may be tricky, though). So go ahead and see where it takes you. Whatever the outcome, you will learn something to unlock the next level.

In case you haven’t seen it already, Purism have published blog posts about simple app development based on scripts. These may give a good starting point: 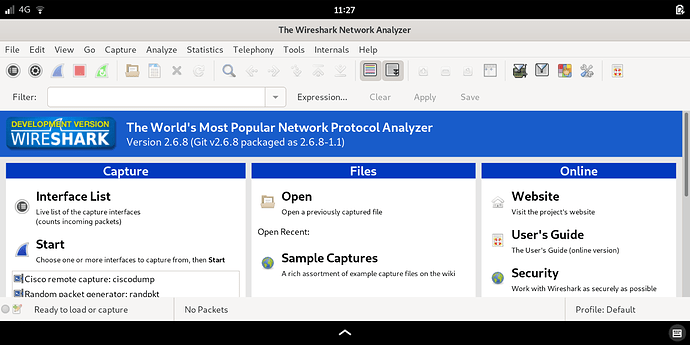 It is been some time since I posted here. But I had a lot of other things to do and I wanted to get familiar with the basics of git and deb packages, before I upload things on GitLab. The project is not finished and there are probably some bugs, but I think it is already usable, if the picture is not to big.

Here are some pictures: 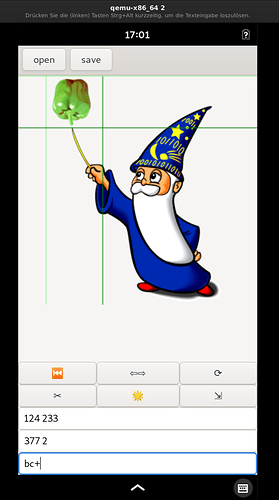 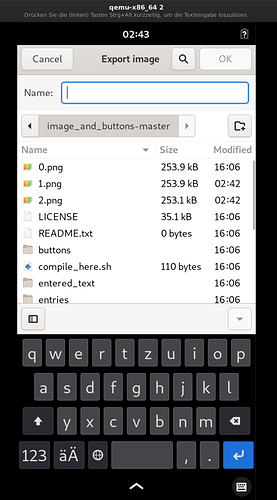