Hi everyone hope everyone is ok?

Can you guess what I’m posting about?

I know there are already a few posts out about Dogwood.

But reviews, videos, pictures , rumours from back street bars, info from shady people I don’t care.

I just want to see, hear, and gain knowledge about dogwood.

At this point, only the Purism employees have tried out Dogwood, so anything you are likely to hear at this point is speculation. Of course, I’m happy to speculate if that is what you want to hear.

My prediction is that Dogwood will be 15 grams heavier than Chestnut due to the bigger battery and the added aluminum sheet for better cooling and the added plastic panel over the M.2 cards. I predict that someone will finally bother looking inside and tell us what model of Samsung image sensors we are getting.

amosbatto ALL predictions are more than welcome!

Speculation would also be great, I’ve seen a few pictures and 1 video, I just hope everything is as awesome as it looks, if Dogwood is great then Evergreen and beying will be amazing, and the Librem 5 will be a real game changer out in the world of tech and privacy.

I think sometimes people forget how much of a big deal this is, I can’t wait to own one.

I think I reaad on a post that Purism had plenty of videos to release for Dogwwod I just want them to release them soon, like now 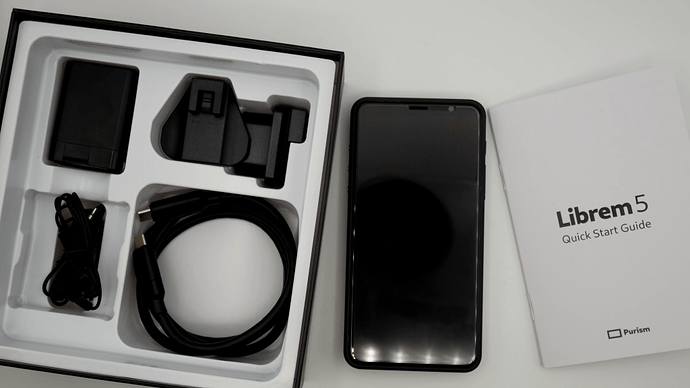 Dogwood What to Expect – Purism

A little contribution to the predictions.

Really nice! I like the changes between Chestnut and Dogwood - There are many improvements. Other new mobile OSes aren’t this feature rich for sure. I’m curious about how many changes there will be between Dogwood and Evergreen…

yes, the improvements to Dogwood are excellent, but when do you think we will be able to receive Evergreen

I can’t wait to have my Librem5. All these news are interesting and, honestly, Kyle’s articles are the ones that interest me most. Almost 3 years have passed and … I can’t wait!

I doubt that you will see many hardware changes between Dogwood and Evergreen, because Dogwood is supposed to be the preview for what gets mass produced. If there are any changes, they are probably only fixing any new problem that they just discovered.

They made major changes between Chestnut and Dogwood. Here are the ones that I can identify:

During Aspen, Purism said that it would try to slim down the Librem 5 in later versions, but it doesn’t look that is going to happen. Adding the bigger battery, the heat spreader and the internal plastic cover probably stopped them from making the L5 any thinner. I expect that Dogwood will also be heavier to account for the bigger battery.

The one feature that the Librem 5 lacks in my opinion is a pogo pin connector to the USB for adding mods. I think that the PinePhone made a mistake using an I2C bus for its mods, instead of USB, because I2C is more limited.

Its basically using the phone “case” as a heatsink, right? If so, I dunno how I feel about that.

I’m not aware of a better heat sink for a phone than the chassis itself. I mean heat pipes aren’t likely to get enough airflow internally to be anything more than an intermediary to heating the chassis that is then cooled by the surrounding air.

I think most people would agree that active cooling in a phone is less than ideal, especially when you consider having a small high rpm fan that close to the microphone.

Maybe there’s something I’m not aware of?

Heat always transfers, so even with a heat sink, that heat from the sink will move to something. It’s still inside a case, where it will radiate the heat to that case (especially since there is no practical possibility for a fan and duct - at least on the inside). So, in essence, every case of every device is part of a heat transfer mechanism. Some are more efficient than others. A relatively big mass like a case will absorb heat and dissipate it, making the point temperature much lower than the small internal heat source (amount of heat energy over a larger area). It’s larger surface are will also transfer it more efficiently further outside. We’ll see from Dogwood how efficiently that whole chain has been designed to happen and how the case feels.

I get all that, I think I was over thinking it because it was late. I’ll share my thought process so you can tell me if I’m being dumb or not.

My current phone has a plastic case, as have the last few I’ve owned. Rarely, the phone has caught my attention because it started getting warm. I wouldn’t consider the plastic case part of a heat transfer mechanism because its a better insulator than conductor; thus, if its getting my attention because its getting warm, the CPU must be getting really warm (which it was, relatively to normal use, because it had got itself stuck in a loop doing something and the phone had to be restarted).

So with that in mind, if my phone had a metal case (metal being a much better conductor than insulator) and the CPU got stuck in a loop doing something and was thus heating up, I imagined that the phone would do much more than develop a warm spot on the case. It sounds like, in that scenario, the whole case would heat up significantly more that what I have previously experienced.

Having said all that, I have no idea how hot the L5’s CPU can get, nor how well its heat transfer mechanism works. I wasn’t saying “this phone’s setup is going to put scars on my leg when it lights my jeans on fire,” I just thought that, should the CPU become confused enough, the phone could get alarmingly hot.

But again, I don’t really know, which is why I said “I dunno how I feel about that.” Thoughts?

So with that in mind, if my phone had a metal case (metal being a much better conductor than insulator) and the CPU got stuck in a loop doing something and was thus heating up, I imagined that the phone would do much more than develop a warm spot on the case. It sounds like, in that scenario, the whole case would heat up significantly more that what I have previously experienced.

Im no expert at this either, but while it’s true that metal is a better heat conductor than plastic that also means that it will heat up more evenly across the whole chassi and as you know if it’s a bigger surface area it will have a better chance at dissipating that heat too.

Indeed, I agree with you. But that heat would build up in a small space (like a pants pocket or purse). If, say, a GPU had an awesomely efficient air cooling mechanism but it was placed in a box with a very small opening, it would get quite hot.

The phone wouldn’t approach the same temperature this metaphorical GPU could, but the principle is the same.

In a pocket fans are less effective because there’s barely any air to push around, the right solution to that scenario is to have a larger heatsink (which is what the added metal sheet in the Dogwood batch essentially is). Take a look at industrial embedded PCs for example, they also have a metal case for this reason and they’re made to work in almost any environment.

I believe you misread my analogy. I’ll try and start over.

Imagine an android phone with a plastic case getting stuck in a loop. In doing so, the CPU heats up. You notice a warm spot in your pocket and pull the phone out. Its warm or hot and unresponsive, so you force restart it.

I can imagine that a phone that uses a setup such that all the heat generated by the CPU is transferred to the metal case would, in that scenario, be alarmingly hot. I’m not saying it would cause one’s clothes to burst into flames nor even to cause injury (because I don’t know how hot the CPU can get in this case, so to speak), but I imagine it would be, comparatively speaking, significantly hotter to the touch. This would be especially true in an enclosed space such as a pocket or a purse, because the heat has nowhere to go and would thus build up in the enclosed space.

Yes, maybe if the phone is bitcoin mining while staying in your pocket. Your post is perhaps logical stringently but you make wrong assumptions. While being in your pocket a smartphone does not really perform computing-intensive tasks. No display, no rendering, only background tasks like syncing or keeping a mobile data connection.

They weren’t assumptions, they were examples taken from experience. I’ve pulled my android phone out of my pocket because it was frozen and I felt it getting warm. I don’t know what it was doing, but it was clearly doing something.

Similarly, I’ve had Linux distros freeze with the CPU maxed out because something went wrong. I envy you for having only ever owned computing devices that behaved as expected.

Regardless, I’m now regretting bringing this up, so let’s all pretend I didn’t.

I think you have a valid question, I just don’t see a better solution.

I really think the conductivity of the case/chassis will primarily affect time to temperature (both high and low) but not necessarily the maximum temperature.

I think the disadvantage of metal heating up in your pocket faster is balanced by it cooling faster once removed. As the Librem 5 is relatively high in mass as compared to other devices I’m hoping for a slower thermal increase/decrease as compared to modern phones, but that part is just hope not based on anything other than optimism.

I wasn’t looking for nor offering a different solution (personally I think using the vase is a clever idea) I was just wondering what others thought about how using the chassis as a heatsink might work in a scenario where the CPU gets stuck in some loop because some process went off the rails. My intent was read into more than I anticipated.

So I’ll rephrase: how do you think the phone will feel if the CPU gets stuck and heats itself up to 70 or 80 degrees?