Speed test shows 50+Mbps for me when I’m next to the router, but if I walk around a corner (literally just round the corner, 2 meters from where I was) it drops significantly. A full room away and 5GHz won’t connect at all. 2.4GHz is behaving oddly. Not sure. Will troubleshoot more.

I opened it up, and the two connectors do seem to be attached to the wifi card.

None of my other machines seem to have trouble with this.

What can I check about this?

2 Likes
If you own a librem, are you happy with it?
Issues with WiFi on Librem 13
Sluggish WiFi as described by notebookcheck
Librem 15 Extremely Slow Wifi Speeds
Launch date for Librem 13 v5?
Librem 13v4 - how to make the WiFi signal stronger?
Can't boot into Live session
mladen July 28, 2017, 10:23am #2

What can I check about this?

Since you have already opened the back cover, check if the wifi cables (black and grey) are okay. I had similar problems with my L13 v1 unit, turned out cables were bent.

I think mladen is probably right, I just did a test on my v2 machine (which I actually broke one of the two cables from the wifi module), and the test gave me 82mbps/51mbps speeds on speedtest.net. Also note, I am 2 stories up from where the router is.

(late reply. I was away)

Anything specific I can check? The cables are plugged in, and seem to be following the paths that were made for them.

The cables aren’t bend or twisted, or damaged in some other way?

Not that I could see on their way from the card to the hinge. Are both cables relevant, or is one more suspect for 5GHz?

Not sure what the 2 cables are for, but in mine, the black one is connected, but the gray one is not. Since I had such great speeds, maybe the gray cable is for bluetooth and the black cable is for wifi ? In my case, the black cable is the one connected to the left of the card (when the connector is at the bottom, so gray is closest to the side). I’m just going to suggest blindly, but maybe you can try swapping the wires ? If one cable is bent/damaged, maybe swapping them will fix wifi (to the expense of bluetooth maybe ?) or maybe they were installed the wrong way around in the factory (I don’t even know if there is a correct order for the wires, or if the two antenna are the same or somehow different/for different purposes).
Let me know where the gray/black ones were connected and if swapping them helps in any way.

It does appear that my cables are the other way around. I overcropped, but http://i.imgur.com/8g53b1v.jpg

I’ll try swapping tonight. But I have a suspicion that they may be the same, since doesn’t 2x2 MIMO require two antennas? (though that the card does 2x2 MIMO is just an assumption on my part)

I have absolutely no idea

so maybe it 2 antennas and they are the same and the other doesn matter… also mine having it the other way around compared to yours doesn’t mean yours is wrong because I probably connected mine randomly at some point (since I had 2 prototypes and one wifi modules so I kept moving it from one machine to the other)… all I meant is that with this configuration, I get some really good speeds.
Swap them and see if it helps, I hope it does.

Swapping didn’t change anything, unfortunately. I was also unable to find a manual for the card to explain what the two antennas are.
I found one place with a PDF, but it was broken. (neither Chrome nor Adobe Acrobat could read it)

ok, no idea then. It works fine for me, so I would blame your router, but you say your other devices work fine. I just tried removing the black wire from my wifi module and it couldn’t detect any networks at all, so I would probably say, either it’s a router issue, or one or both of the wires are bent/damaged somehow, or the wifi module itself is not working correctly for some reason (did you try to remove it, make sure all the pads are clean then reinsert it and make sure it’s properly set and the screw tight ?) or it’s a software issue (I’m testing with PureOS, so try maybe PureOS/Ubuntu/Fedora/whatever on live usb to see if it makes a difference).

I found one place with a PDF, but it was broken. (neither Chrome nor Adobe Acrobat could read it)

Could you link it? There are PDF repair tools.

Don’t know if it’ll be helpful, but it’s the only one I found. This being an open source friendly laptop I expected to more easily find something.

Don’t know if it’ll be helpful, but it’s the only one I found. This being an open source friendly laptop I expected to more easily find something.

Yep, I found the same disappointment in the difficulty to find such docs for the laptop, but my understanding is that it just takes a lot of time to organize proper documentation and we’re lacking resources to do it, but it’s on the TODO still.

After a few days more use it’s clear that 2.4GHz is also pretty shitty here.

I have an Ubiquity AC LR access point, and just a room away my Chromebook has like 80% of the WiFi symbol.

On Qubes in the sys-net VM searching for networks with “iwlist wlp0s0 scanning | grep ESSID” shows that the laptop isn’t even seeing any of my neighbors, only my own SSIDs. So it shouldn’t be the AP’s fault.

So I guess next step is to do some sort of RMA? I’d be happy to try to replace the WiFi card, but not happy to buy one to test it.

Is this more of a Support->Contact question than a Support->Forum one?

Is this more of a Support->Contact question than a Support->Forum one?

Hi,
at least I can sched some light on the question of two antenna connections.

There is a main and an aux antenna. These are used for antenna diversity: 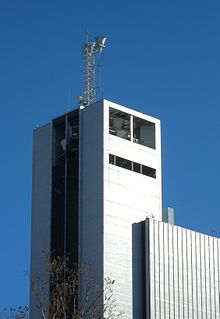 Antenna diversity, also known as space diversity or spatial diversity, is any one of several wireless diversity schemes that uses two or more antennas to improve the quality and reliability of a wireless link. Often, especially in urban and indoor environments, there is no clear line-of-sight (LOS) between transmitter and receiver. Instead the signal is reflected along multiple paths before finally being received. Each of these bounces can introduce phase shifts, time delays, attenuations, and ...

What it basically does is it avoids an effect called fast fading. Due to reflections of the radio signal and the short wavelength even millimeters can drastically change the receive energy of a radio signal. Using two antennas the radio chip listens on both antennas and chooses the strongest of both signals - very roughly explained.

2.4GHz Wifi and 5GHz Wifi are even multiples of the frequency which means that the same antenna can and will be used for both frequencies.

Finally we have Bluetooth in the Librems too (currently not supported in PureOS because of non-free firmware). Bluetooth is also using 2.4GHz. The Bluetooth chip is on the same card as on the WiFi, actually it is a companion of the WiFi chip. Since there are now two radios using 2.4GHz they must coordinate somehow. This is done by so called Bluetooth-Wifi coexistence, not by a second antenna. The two chips have signals to notify each other about who is going to use the antenna.

So bottomline: Two antenna connectors for diversity, shared for Wifi (2.4GHz and 5GHz) and for Bluetooth.

Since the antennas are placed into the LCD assembly and the back side is aluminum they are shielded off in the backside. Turning the laptop around a little can drastically improve the reception quality.

Hmm… I just checked the at9k driver and found that neither BT coexistence nor diversity are enbled by default, maybe you want to try to explicitly enable them:

In the driver there is logic that suggests that BT coex and diversity are mutually exclusive that’s why I set it to 0.

Please do not expect anything from this trick. It might very well be that the EEPROM of the card already has these settings but that the driver does not expose these settings to sysfs so we can not check them. Your mileage may vary…

You may also try to enable power saving by adding:
ps_enable=1
to the list of options, but this will only do what it says, save some power

It will not have any influence on the Wifi performance.

Thanks for your suggestion. I tried some combinations, and unfortunately it made no noticeable difference.

5GHz is pretty much broken, and 2.4GHz is still easily beaten, by about 5-10x. in my testing by this puppy (that I got for like $4) in the same computer in the same place: http://imgur.com/a/62dwX
Up to 20x faster with a bigger USB wifi dongle with visible antenna and with other laptops.

Not a good long term solution though because: